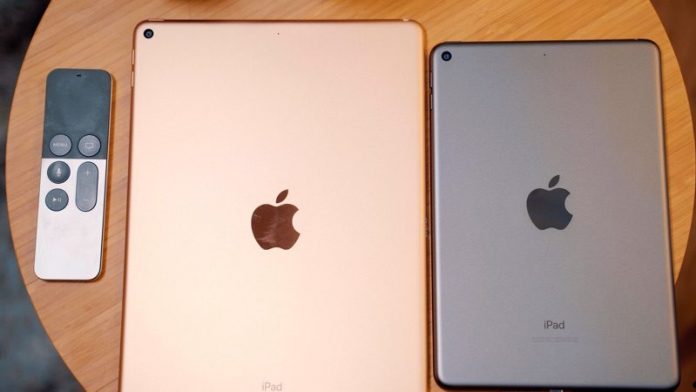 Apple last week surprised us with a brand new iPad in the iPad Air family and a new iPad mini 5, both of which are outfitted with Apple’s latest chip technology.

Both the iPad mini 5 and the iPad Air 3 began shipping out to customers, and, as of today, are available in stores. We picked up both tablets to give MacRumors readers a look at Apple’s new middle-tier iPads.

Subscribe to the MacRumors YouTube channel for more videos.
Priced at $399 for the iPad mini and $499 for the iPad Air, Apple’s refreshed iPads are not as expensive as the iPad Pro (starts at $799) nor as affordable as the 6th-generation 2018 iPad (starts at $329), and the hardware and design match up with a middle-of-the-road tablet. 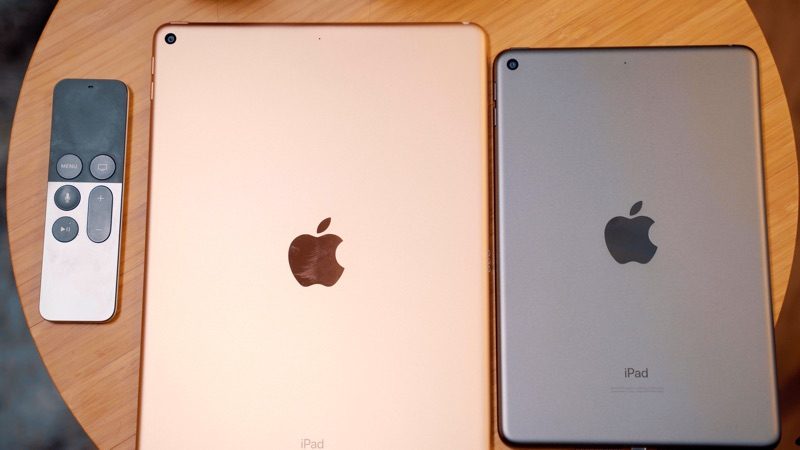 In comparison, the iPad Pro has much slimmer bezels thanks to the removal of Touch ID in favor of Face ID, while the $329 iPad has the same general design but a body that’s not as slim.

When it comes to the screen, both of these tablets are using a laminated Retina display that supports wide color for vivid, true to life images and True Tone for adjusting the white balance to match the ambient lighting in the room. It’s a better display than the non-laminated display on Apple’s cheapest iPad, but lacks the ProMotion technology used in the iPad Pro for a variable refresh rate up to 120Hz. 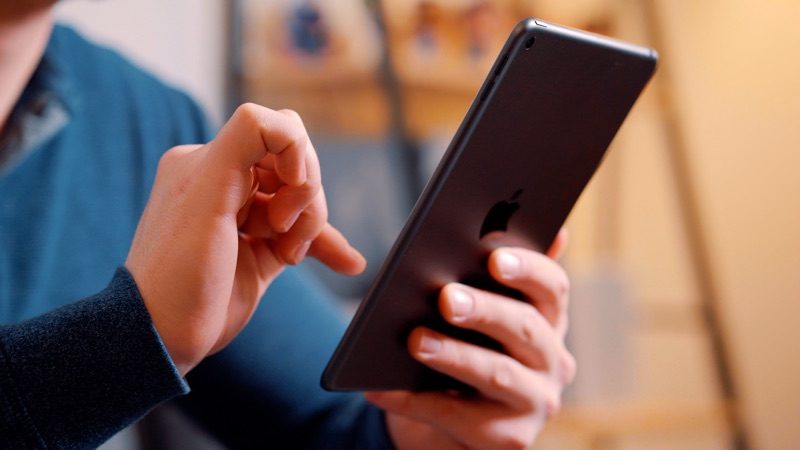 Inside, the iPad Air and the iPad mini are using the A12 Bionic chip, which is the same chip that’s in the 2018 iPhone lineup. The $329 iPad is still using an A10 Fusion chip from the iPhone 7 era, while the iPad Pro models use a faster A12X chip. The two iPads have mediocre 8-megapixel rear cameras, the same camera that’s in the $329 iPad, but the 7-megapixel front-facing camera is the same camera (minus Face ID technology) used in the iPad Pro. It’s odd to have front and rear cameras that are nearly on par, but it makes sense if you think of the iPad as a FaceTiming device more so than a photography device.

Both of these iPads offer significant performance improvements over their predecessors. The iPad mini 5 is a good deal faster than the iPad mini 4, and the iPad Air is faster than the 10.5-inch iPad Pro (though it lacks the same ProMotion technology). It’s also leagues faster than any previous iPad Air model as that was a line that was last refreshed in 2014 before being revived in 2019. Old iPad Air on left, new iPad Air on right
If you’re using an older iPad and are in need of an upgrade, you’re not going to go wrong with the iPad mini 5 or the iPad Air 3 given the incredible speed boosts these tablets bring thanks to the A12 chip. As everyday tablets, the iPad mini and iPad Air are a solid value and a welcome addition to Apple’s iPad lineup, which was previously split between high end (iPad Pro) and low end (iPad). Check out our iPad Buyer’s Guide for help choosing an iPad if you’re not sure which one is right for you.

What do you think of the new iPad mini and the new iPad Air? Have you purchased one or are you planning to get one? Let us know in the comments.