Home News Cast your PC and Steam games to your Xbox One with Microsoft’s...
News 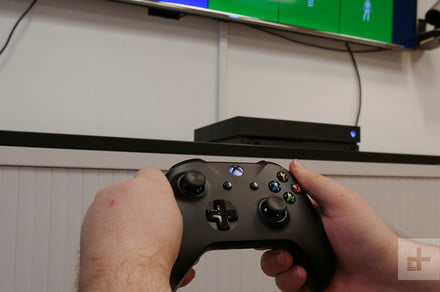 Microsoft recently launched a new app which allows you to cast your PC games and mirror your Android phone over to the Xbox One. Available as a free download on the game console, the app brings the Wi-Fi-powered Miracast experience already available on Surface Hub and other Windows 10 devices over to the Xbox One console.

Alongside a few abilities, the app allows you to fully mirror and share all the content such the photos and videos stored on a PC over on the Xbox One. Interestingly, this means it also will allow you to cast, play, and project over your library of PC or Steam games to an Xbox console. That is thanks to an ability to share an Xbox One controller as an input for a connected PC.

Unfortunately, keyboard and mouse support are not supported, so you can’t connect a physical keyboard or mouse to your Xbox to control your PC or games. Streaming protected content from Netflix and Hulu also won’t work for copyright reasons. You can, however, leverage the app to mirror your Android phone over to the Xbox One.

Setting up the experience with Windows 10 is fairly easy. Once the app is installed and running on Xbox, all it takes to get started is to head onto your PC and visit the Project settings page by holding down the Windows and P keys on your keyboard. You can then select Connect to a Wireless Display and choose your Xbox console from the list. For the ability to control the PC or play games with the Xbox Controller, you must choose the option to Allow mouse, keyboard, touch, and pen input from this device.

As OnMSFT points out, the Xbox One app features an ability to switch between latency modes such as gaming, working, and watching videos. Naturally, the mode you choose will depend on the speed of your internet connection. Going all-out and casting internet-connection-dependent Steam games might be too much for the Xbox One to handle if you’re on a Wi-Fi connection with slower speeds.

Microsoft’s free app launched on Tuesday, March 12. The app joins other applications that already allow gamers to mirror their PC or smartphone screens over to the Xbox One. One popular example is AirSever, though it costs $20.

This capability should now rival the Miracast features available and built-in on competing devices like the Apple TV, Roku Stick, and Chromecast.