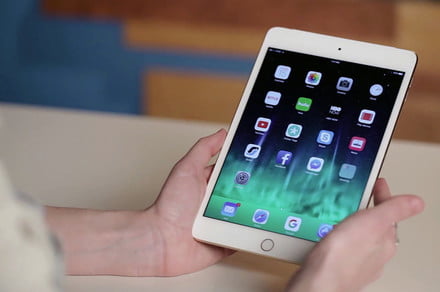 If you’ve been holding out for a refresh to the iPad Mini line, you’ll be delighted to hear that Apple has finally gotten around to it. The iPad Mini 4 was released in 2015, so it’s long overdue for an upgrade. At first glance, the incoming iPad Mini 5 looks an awful lot like the outgoing iPad Mini 4, but there are some important changes here.

Whether you’re shopping for a new tablet, or looking to upgrade from the older model, you’ll want to know how the iPad Mini 5 measures up. Let’s dig into the specs and see what’s new.

Probably the biggest upgrade in the new iPad Mini is the processor. Going from the A8 to the A12 Bionic is a major leap. The newer iPad Mini will be faster, more capable, and more efficient. It will be able to handle the latest and most demanding games and apps, as well as augmented reality. Apple doesn’t reveal how much RAM is in its devices, but it’s likely that the new iPad has something extra in that department too. The iPad Mini 4 came with various storage options, from a paltry 16GB up to 128GB; the new iPad Mini offers either 64GB or 256GB.

Apple doesn’t tend to reveal the capacity of its batteries either, preferring to state a mixed usage time. The new iPad Mini should be good for up to 10 hours of mixed use, just like its predecessor. Sadly, recharging is via the same old Lightning port in both, and there’s no support for wireless charging.

The design of the iPad Mini 5 is exactly the same as the iPad Mini 4. The dimensions are identical — the 7.9-inch screen size, Touch ID, even the colors of the aluminum back are all the same. There’s no difference in the external design whatsoever. There’s no IP rating for these tablets and no discernible difference in durability.

While both iPad Mini models have a 7.9-inch screen with a 2,048 x 1,536 pixel-resolution, there are a couple of subtle differences in display quality according to Apple. The newer iPad has a wider color gamut, so colors should appear more vivid, and it supports Apple’s True Tone technology, which automatically adjusts white balance based on the light level around you to keep the screen legible and offer the best viewing experience. It’s not a huge difference, but it’s enough for the iPad Mini 5 to win this round.

You’ll find an 8-megapixel main camera in the iPad Minis. While they’re the same on paper, the latest model also has a newer sensor that should offer better performance. Where there is a clear upgrade is in the front-facing camera, which jumps from just 1.2 megapixels to 7 megapixels. That’s good news for Face Time and selfies.

Apple is great at updating its software, and the iPad Mini 4 has been updated to have the same iOS 12 software as the new iPad Mini 5. We’re giving this category to the newer iPad because its newer processor will mean it can continue to be updated for longer than the older model.

The new iPad Mini starts from $400 for the 64GB Wi-Fi-only version and goes up to $680 for the 256GB version with Wi-Fi and Cellular support. You can buy it directly from Apple and from a wide selection of retailers and carriers.

The iPad Mini 4 has now been discontinued by Apple, though you can probably still find stock at online retailers. It was being sold starting from the same $400 price, but we’d expect to see major discounts now.

If you’ve had an iPad Mini 4 for years and you love the design, then the iPad Mini 5 is a no-brainer. You should upgrade right away, because it’s the same tablet with a better processor, better front-facing camera, Apple Pencil support, and a couple of improvements to the display. But the fact that so much remains unchanged is disappointing, especially if you’ve been dreaming of a compact, truly next-generation Apple tablet. Most people will be better off saving themselves $70 and opting for the 2018 iPad.