HomeNewsUSB drive survives two years in seal poop before being reunited with...
News 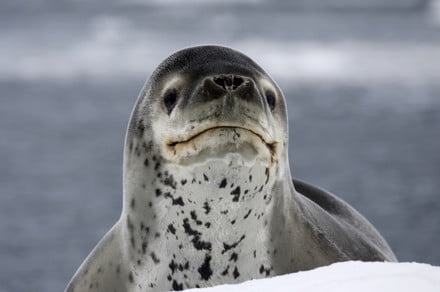 Scientists working at New Zealand’s National Institute of Water and Atmospheric Research (NIWA) have reunited a photo-filled USB stick with its owner after discovering it in a lump of seal feces.

To say the USB stick had been on an incredible journey is putting it mildly, as it had apparently not only survived the digestive processes of a carnivorous aquatic mammal, but also proved resilient to the stodgy unpleasantness of a pile of poop.

The bizarre story began in November 2017 when scientists collected the seal scat from Oreti Beach on New Zealand’s South Island for a study of the animal’s diet.

Last month, two volunteers removed the sample from frozen storage in preparation for the study. It was then that they discovered the  fecal-covered flash drive.

The team were keen to see if there was any data on the drive, and so, presumably after having given it a thorough wipe-down, they stuck it into a computer.

To their surprise, it worked just fine. On it they found a bunch of photos along with video clips shot at Porpoise Bay, about 60 miles from where the poop had been collected.

The footage was shot from a kayak with seals swimming around it, but neither the clips nor the images contained shots of people, making the challenge of reuniting the drive and its contents potentially more challenging.

But the NIWA did what anyone in this situation would do and posted a clip on social media to see if anyone recognized the kayak.

NIWA is searching for the owner of a USB stick found in the poo of a leopard seal…
Recognise this video? Scientists analysing the scat of leopard seals have come across an unexpected discovery – a USB stick full of photos & still in working order! https://t.co/2SZVkm5az4 pic.twitter.com/JLEC8vuHH0

Whether or not the poop angle made the story go viral isn’t clear (OK, it absolutely did), but thanks to the global coverage lavished upon this peculiar tale earlier this week, the drive’s owner was located in the space of just one day.

It belongs to Kiwi Amanda Nally, a local with a deep interest in seals and who often visits the area to study the animal.

Nally assumed she had dropped the stick during one of her outings, but the scientists who recovered the USB drive believe that as it was found deep inside the pile of poop, it was most likely eaten by a seal before being deposited on the beach.

The maker of the drive hasn’t yet been revealed, but the company would be well advised to use Nally’s story as part of an ad campaign to highlight the durability of its device.

And this isn’t the first time that we’ve learned about the remarkable robustness of storage devices. Back in 2012, for example, we heard about a guy who was able to recover his wedding photos from an SD card 20 months after they were lost in mud following an earthquake. And then there was the fella who found a camera in the bottom of a creek. The CompactFlash card still worked fine, with clues taken from the images helping him to track down the photographer.