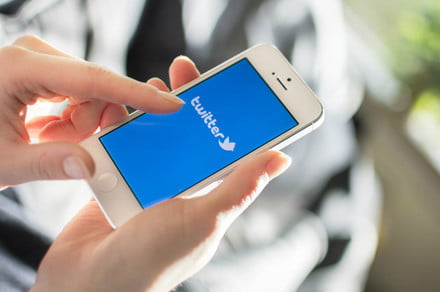 Pretty much ever since Twitter came on the scene in 2006, users have been asking for an edit button so they can quickly sort out a typo or fix an erroneous URL they sent out. But still they wait.

For almost as long, Twitter co-founder and CEO Jack Dorsey has hinted that his team is indeed looking into the idea of an edit button, but stresses the need to get it absolutely right before releasing it, or even testing it. But still users wait.

On Saturday, Dorsey talked about the edit button again, going so far as to describe how it might work.

In an interview with Joe Rogan, the Twitter boss said that if the microblogging service eventually decides to roll out an edit button, it’s highly unlikely you’ll be allowed to edit tweets from the distant past. Instead, the feature could offer “a 5-second to 30-second delay in the sending” after you hit the tweet button, similar to how some email clients let you stop a message from going out in the seconds after you hit send. That means the tweet wouldn’t even go live during the time you’re allowed to edit it.

In other words, within that short time-frame and as the seconds tick down, you could quickly scan your post and, if necessary, hit the edit button to stop it from going live. Dorsey said that “the issue with going longer than that is it takes that real-time nature of the conversational flow out of it.”

Elaborating, the CEO explained that if you’re tweeting during a live event such as a sports game, “you want to be fast and you just want to be in the moment. You want to be raw. But if you’re in the context of considering what the president just did or making a particular statement, then you probably need some more time,” suggesting the service could be “dynamic” when it comes to the amount of time people might have to alter their posts.

Earlier descriptions of a possible edit button suggested users would be able to fix a tweet after it’d been posted, and it seems likely that Dorsey and his team are still considering such an option.

In that case, the Twitter boss suggested retaining the original post as well, presumably with a button that lets people easily view it. Allowing a post-tweet edit function means Twitter will have to decide whether to update all of the retweets of an edited post, the meaning of which could be entirely different to the one that prompted people to retweet it in the first place. Dorsey has spoken before of his concern that an edit button might distract or take something away from the public record — like when a brand or politician tries to cover up an embarrassing or offensive slip-up — so a function that retains the original post fits with this thinking.

While it seems likely Twitter will get around to testing an edit button at some stage, it’s still unclear how the feature will work, with the company most likely to test a number of options to see what works best.

We’ve embedded Dorsey’s interview above. If you want to hear everything he has to say about an edit button, push the video on to the 1 hour 20 minute mark.

The resistance is finally arriving.What you need to knowWatch Dogs: Legion was originally supposed to release in March 2020.During Ubisoft
Read more
News