Here’s how to delete a sent message in Facebook Messenger 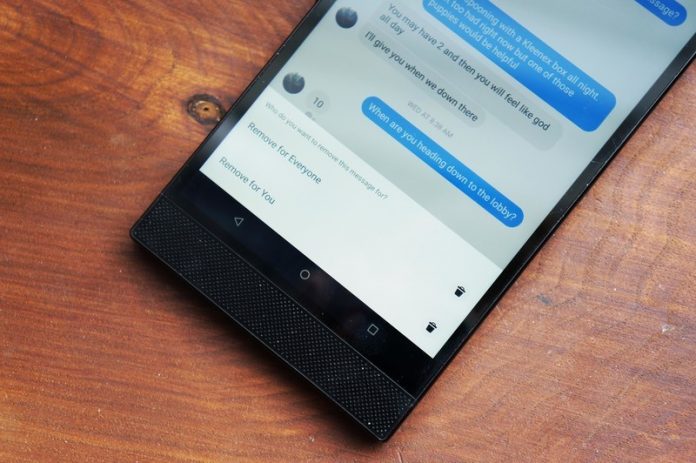 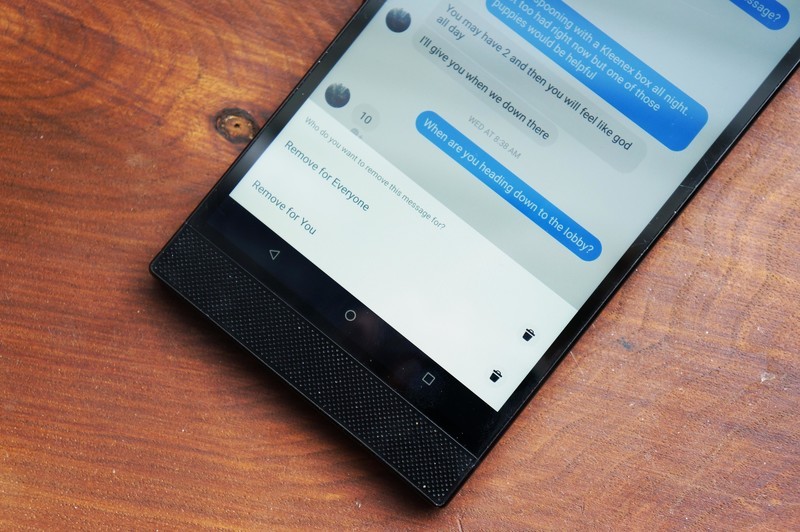 Whoops, meant to send that to a different chat 😬

We’ve all been there before at one point or another — you jump into Facebook Messenger and accidentally fire off a message to the wrong group chat. Best case scenario you follow up with a “whoops, wrong chat” and move on, worst case scenario the comment was about someone in that group chat and now it’s only a matter of time before it all blows up in your face.

The latest update to Facebook Messenger aims to solve those awkward situations by allowing the sender to delete an errant message up to ten minutes after it has been sent. Previously, you were only able to delete messages from your own view of the conversation.

Here’s how to save face on Facebook Messenger when you send a message to the wrong person or group:

Long-press on the message you want to delete.
Tap the Remove icon at the bottom of the chat.

Tap Remove from Everyone. 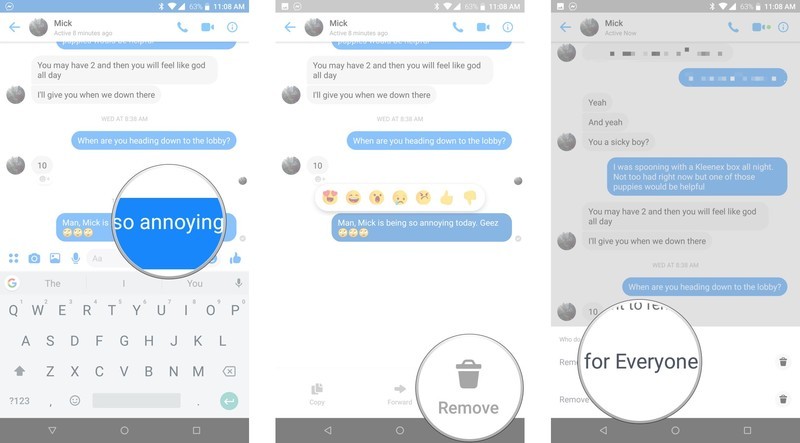 Tap Remove to confirm the deletion.
Your Message will no longer appear for you or anyone else in the chat and if you’re fast enough no one will have seen your message…
… but they will see that you deleted something. 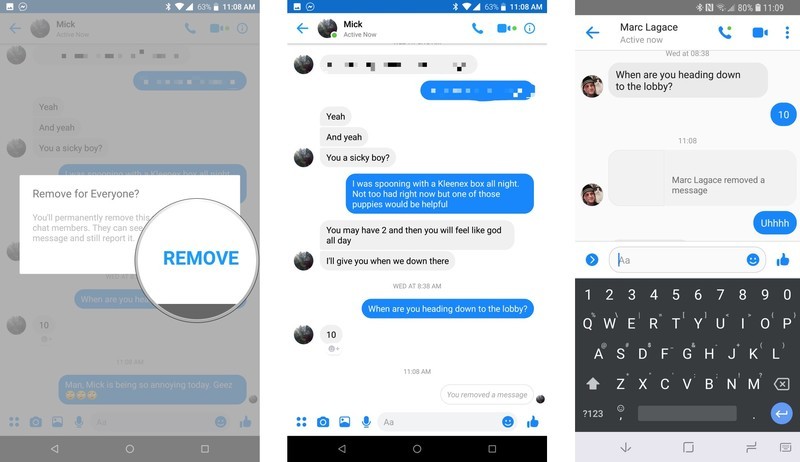 As you can see in those last two screenshots all parties connected in the chat will see that a message has been deleted whether or not they saw the message before it was deleted. It’s also worth noting that this feature is exclusive to the full Facebook Messenger app and not Facebook Messenger Lite.