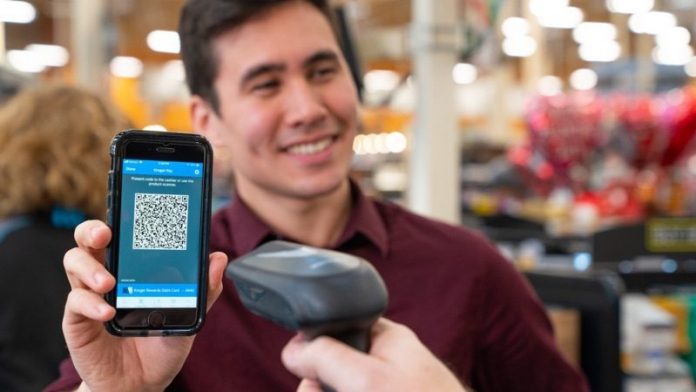 Popular grocery store chain Kroger has launched a new mobile payments service called Kroger Pay, which it will be using in lieu of Apple Pay.

According to a WCPO, a local Cincinnati news site, Kroger Pay launched in Columbus and Colorado today, but will be expanding to all Kroger stores by the end of the year.

Kroger Pay is QR-based, so to pay, users need to open up the app and generate a single-use QR code that’s scanned at checkout when making a purchase.

Kroger customers can link any major debit or credit card to the Kroger Pay app, and it also includes a Kroger Rewards debit card for earning fuel points and other rewards with purchases.

“Kroger Pay is one of the few mobile wallets that pairs loyalty and payment,” said Mary Ellen Adcock, group vice president of operations. “The application of this exciting technology is another step in our front-end experience transformation.”

With Kroger embracing its own payment solution, it looks like the grocery store chain has no plans to introduce support for Apple Pay. Kroger did test support for Apple Pay in stores that support contactless payments, but reportedly discontinued the program “due to little interest by customers.”

Kroger in 2018 told a Reddit user that it did not have plans to implement Apple Pay in any of its stores.

Kroger has been working on its payments service for more than two years, and has been accepting the Chase Pay digital wallet since 2017.