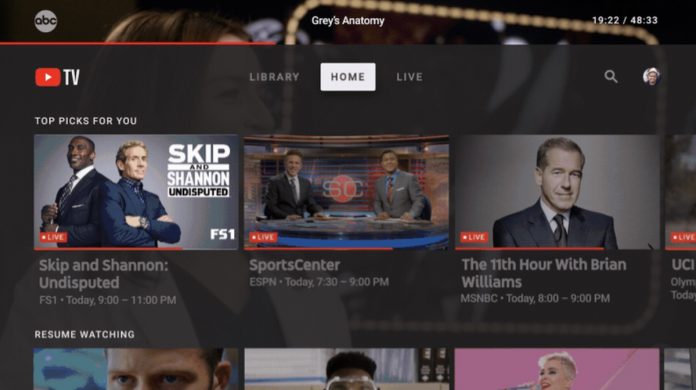 Google’s live streaming TV service, YouTube TV, is expanding to an additional 95 markets in the United States today, resulting in total coverage of over 98 percent of U.S. households. Soon after this rollout, YouTube TV will expand to cover the remaining major U.S. markets and reach nationwide coverage (via Variety).

This expansion comes after YouTube TV first launched in April 2017 in just five U.S. cities: the San Francisco Bay Area, Los Angeles, New York City, Philadelphia, and Chicago. More cities were added soon after, and by the end of 2017 the service had reached 50 percent of U.S. households.

One year after its launch, YouTube TV gained an app for the fourth- and fifth-generation Apple TV, launching in time for the Super Bowl in February 2018. Like other live streaming TV services, YouTube TV offers a selection of channels, a DVR, and more features at a cost of $40 per month.

In today’s report, Google says that it currently has no plans to launch YouTube TV in international markets: “This is a U.S.-only app at this time,” according to a YouTube representative. In the U.S., new markets for YouTube TV include the following regions:

For local networks, YouTube TV says that it offers access to all four of the big broadcast networks (ABC, FOX, CBS, and NBC) in over 90 percent of the markets it serves, and the remaining markets have access to “at least three.” Other channels include TNT, TBS, CNN, ESPN, FX, and more, which subscribers can record using an unlimited cloud DVR.