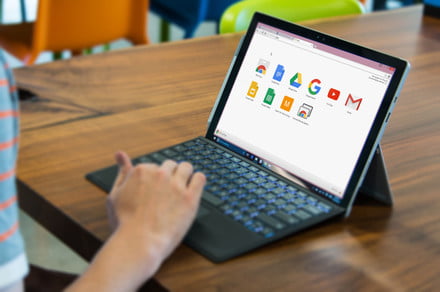 Tab grouping is steadily making its way to Google Chrome through incremental updates to the browser’s “Canary” test build. Those who have been using the early testing browser version can play around with tab grouping now by jumping through a couple of hoops. It works a little differently to Opera’s drag-and-drop system, though. To group up specific tabs, you’ll have to select them, right-click, and choose which group to add them to.

Tabs were a fantastic implementation in web browsing. First added to the InternetWorks web browser in 1994, they were popularized by Firefox in 2002 and have since become a major component of web browsing on any device. But larger numbers of them can become difficult to manage, which is why Firefox lets you scroll through them and Opera has vertical stacks and tab grouping. Chrome, however, just squashes them closer and closer together making them progressively harder to read and harder to use. That’s why Google is working on a grouping method of its own.

The new feature can be enabled in the Chrome Canary build by navigating to the “chrome://flags” part of the browser and enabling the tab group flag. You can then right click on any tab and either add it to an existing group or create a new one. It feels a little clunky compared to Opera’s drag-and-drop system and it’s not as hands-off as Firefox’s tab scrolling, but this is an early test version of the feature. It’s a long way off from general release, so it wouldn’t be a surprise to see Google continue to iterate on the process.

There have been a number of shakeups in the traditional web browser landscape in recent months. Although we’d still rate Chrome as the best browser out there, Microsoft has announced that it’s adopting a Chromium rendering engine for its flagship browser — which is something that Mozilla is particularly concerned by.

There are also new upstarts offering different experiences. Vivaldi is our favorite, although the Brave browser is also worth taking a look at if you want to try out its unique approach to monetizing web browsing and data sharing.