HomeNewsWhat's a better choice for under $200: the Moto G6 Play or...
News

Buying a new phone can be daunting, particularly when you’re in the market for a device that costs under $200. Here at Android Central, we use dozens of budget and entry-level phones every year, and are here to help you find the right one. 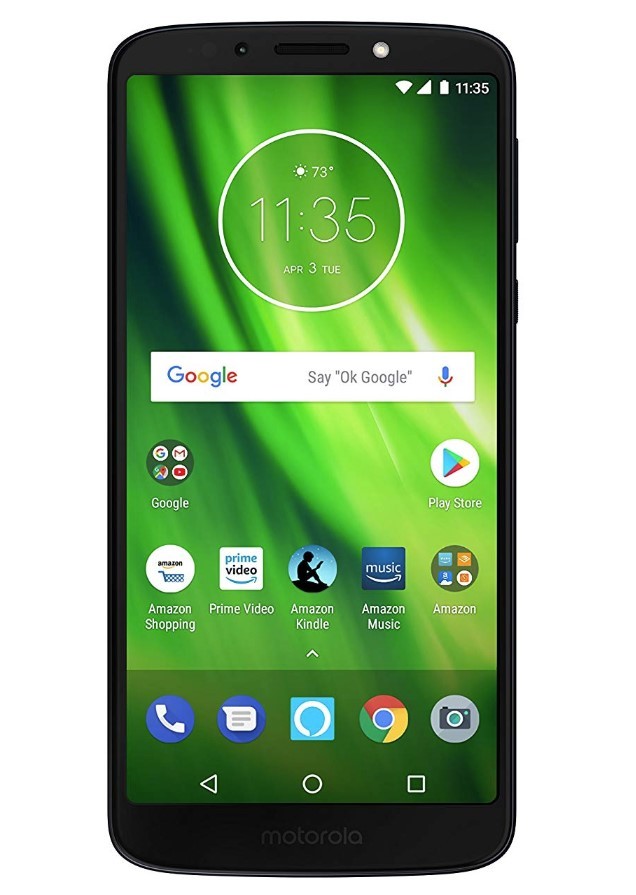 The Moto G6 Play shares a similar design aesthetic as the rest of the Moto G6 series, albeit with a plastic back. The 4000mAh battery delivers two-day battery life, and you get 3GB of RAM and 32GB of storage as standard. Combine that with a clean software experience and the G6 Play is a great choice for under $200. 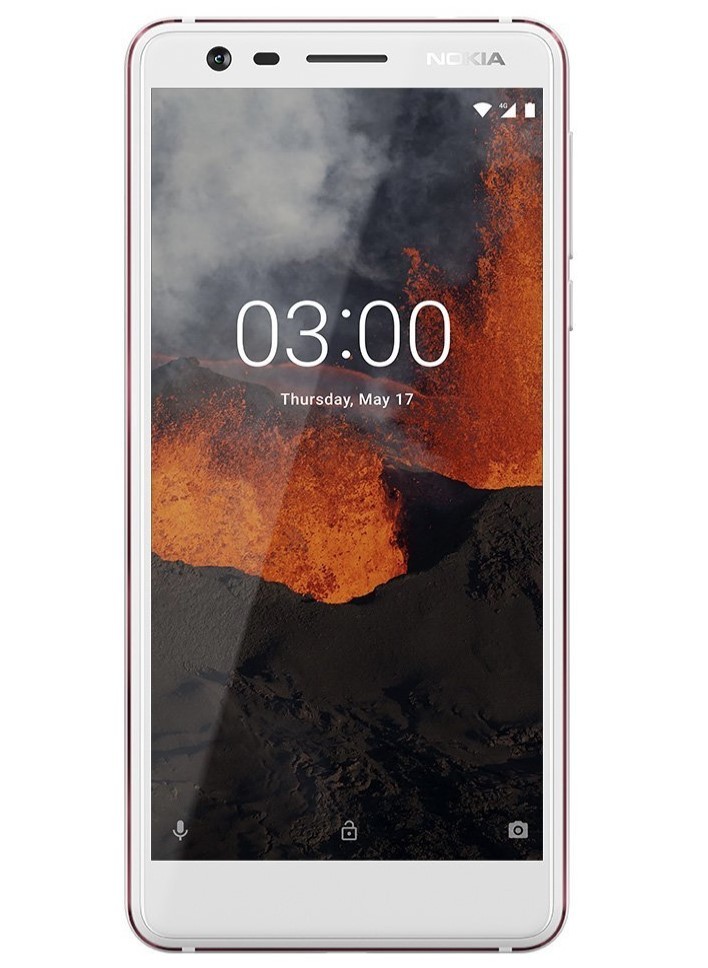 The Nokia 3.1 is one of very few devices from HMD that doesn’t pass muster. The phone is powered by an ancient MediaTek MT6750 chipset, and the 2GB of RAM and 16GB of internal memory don’t help matters. Couple that with the fact that there’s no fingerprint sensor and it just doesn’t make sense to buy the Nokia 3.1 in 2019. 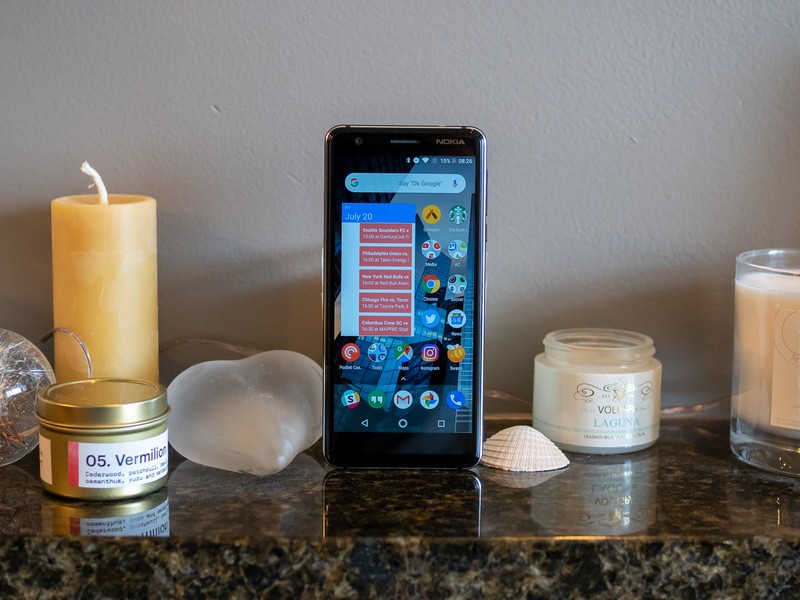 HMD Global has done a remarkable job over the last 18 months, but it hasn’t been smooth sailing. The very first devices from the manufacturer were lacking in performance, and some of the brand’s best phones — like the Nokia 7 Plus or the Nokia 8.1 — haven’t made it to the U.S. The Nokia 3.1 is available officially in the U.S., but it’s clear that HMD should have tweaked the phone some more before launching it.

The Nokia 3.1 has the same specs as a budget phone from 2016, and the lack of a fingerprint sensor is a particularly egregious omission. The MediaTek MT6750 is three years old at this point, and that’s immediately evident once you start using the phone.

The Nokia 3.1 is missing key hardware features, making it a non-starter.

Then there’s the paltry 2GB of RAM and 16GB of storage, which just doesn’t cut it in 2019. In regular use, you’ll have about 400MB-500MB of RAM available, and there’s just 7GB of storage for your apps after accounting for the Android installation. Luckily, the Nokia 3.1 offers a microSD slot with adaptable storage support, which lets you expand the storage. The phone also has a solid build quality that should be durable, and the 5.2-inch display is ideal for one-handed use.

The Moto G6 Play, meanwhile, doesn’t have as many shortcomings. The phone is powered by the two-year-old Snapdragon 427, and although it’s also based on a 28nm node like the MT6750, it doesn’t have the same level of performance hiccups. The Moto G6 Play sold in the U.S. comes with 3GB of RAM and 32GB of internal memory as standard, and there’s also a dedicated microSD card slot.

There’s a fingerprint sensor located at the back, and you get a larger 5.7-inch 720p panel. Like the rest of the Moto G6 lineup, the G6 Play is resistant to the occasional splash of water.

Although the Nokia 3.1 is sold officially in the U.S., it is limited to GSM carriers like AT&T, T-Mobile, and a slew of MVNOs. The Moto G6 Play, however, works on Verizon and Sprint as well as AT&T and T-Mobile, making it a more enticing option for those on CDMA networks.

Thanks to the 4000mAh battery, the Moto G6 Play is considerably heavier than the Nokia 3.1 — 175g versus 138g. That’s an easy trade-off considering the Moto G6 Play delivers two-day battery life consistently, and when you do need to charge it, you can rely on Motorola’s bundled 15W fast charger.

For just $30 more than the Nokia 3.1, the Moto G6 Play delivers a much better overall experience.

Both phones have sub-par cameras, but that is par for the course in this category. For what it’s worth, only the Moto G6 Play offers an LED flash for the front camera, which ensures your blurry selfies are at least well-lit.

As for software updates, both phones are currently on Oreo, and there’s no mention when the Pie update will be rolling out. HMD has done a great job consistently rolling out updates to its portfolio of devices, but there’s no word as to when the Nokia 3.1 will receive the update.

A lot of that could be down to the old MediaTek chipset, but for now, it doesn’t look like the Nokia 3.1 will switch to the latest version of Android anytime soon. Motorola hasn’t fared well when it comes to updates, and it could be a long wait before the G6 Play receives the Pie update.

Considering the fact that the Moto G6 Play costs just $30 more than the Nokia 3.1, it really is a no-brainer if you’re in the market for a sub-$200 device. The large battery alleviates any worries around your phone running out of charge in the middle of the day, the clean software is great to use, and the 3GB/32GB configuration ensures you don’t immediately start fretting over storage.

The standout feature on the Moto G6 Play is two-day battery life. With a 4000mAh battery and 720p screen, you’ll easily get two days’ worth of usage from a full charge. The phone also offers decent specs elsewhere, and overall is one of the best options for under $200.

Great build quality, but the hardware is lacking

The Nokia 3.1 could have been a much better device. The build quality is excellent, but the outdated chipset, low storage and memory, and lack of biometric authentication make it a non-starter. For just $30 more, the Moto G6 Play is a much better choice.