Twenty48 Solitaire combines the best of puzzle and solitaire games 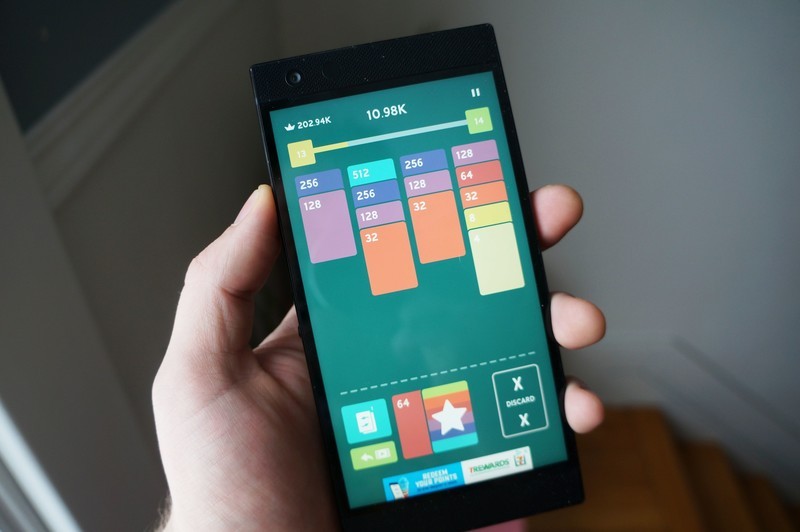 I’m always a fan of a good mash-up of two games or genres into something new and fresh, and that’s exactly what you get with Twenty48 Solitaire.

The first half of the title refers to the very satisfying puzzle game 2048 — which you should definitely check out if you’ve never played — where your goal is to slide matching number blocks into each other and double them up until you reach 2048. The solitaire side of things comes in because instead of sliding tiles around in this game you’re stacking cards with the numbers on them

You’re given four piles to start stacking your cards and the aim of the game is still to reach 2048, except instead of matching tiles you’re matching cards and each pile is independent of each other. That means you need to be very strategic about card placement. There’s a discard pile that you can use twice before you need to clear them out by watching a video ad — more on that later.

Your draw pile is near the bottom of the screen, and you can only see the next two cards coming, which adds a good challenge to the game. As you progress through the game you level up which starts to unlock bonus cards like a wild card that you can use to match with any other card, an undo card which lets you un-play a card and a bomb card that blows up a whole row if matched with a paired card.

It’s varied enough to stand out from the original 2048 game while adding in the satisfying card tricks that you love from Solitaire games — setting up a row with the right sequence to create a waterfall of cards cleared with just one card — it’s so satisfying.

The only thing holding this game back are the ads which are pretty much everywhere. You get banner ads while you play, video ads every time you level up or end a game, and must watch more ads to undo your last move or refresh your discard pile. The good news is that you can remove most of the ads with a $4 in-app purchase, and it might be worth the cost to directly support the developers if you happen to fall in love with the game and want to deal with fewer distractions.