HomeNewsThese are the best alternatives to Google Fi
News

These are the best alternatives to Google Fi 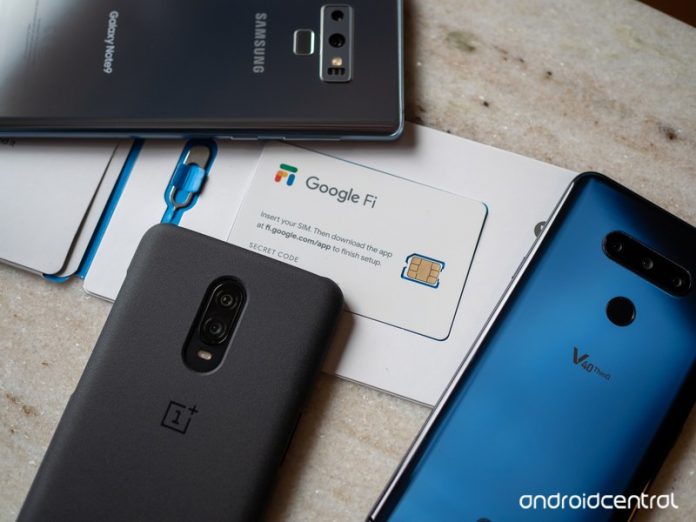 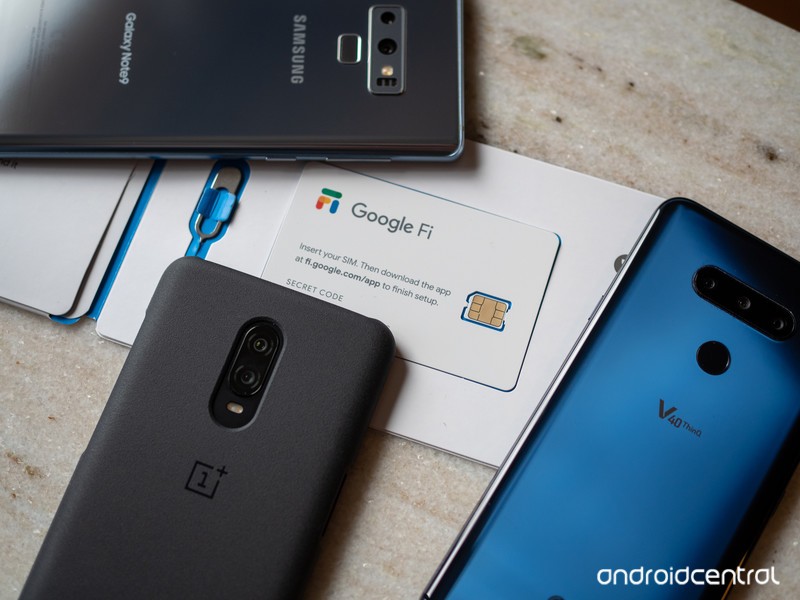 Google Fi is unique, but if for some reason you can’t or don’t want to subscribe to it, here are some awesome alternatives.

There is nothing else like Google Fi in the U.S. Google’s alternative carrier is a unique combination of flexible, powerful and intuitive. With one SIM card, it dynamically switches between three carriers in the U.S. and provides effortless worldwide roaming while abroad. With its app, it’s easy to top up on data or share the cost of a plan amongst a group of people.

Google Fi: Everything you need to know

But Google Fi isn’t perfect, or at least not perfect for everyone. All of its features only work with select Android phones, and it’s also relatively expensive, with a flat rate of $10 per gigabyte of data.

So I thought it would be nice to try to find other carriers in the U.S. that offered at least approximations of Google Fi’s service while ensuring compatibility with a wider range of phones. To do that, I made a set of criteria for the alternative providers:

As I said at the beginning, there’s nothing else like Google Fi in the U.S., but some providers come relatively close to hitting all of the above criteria. Here’s what I found. 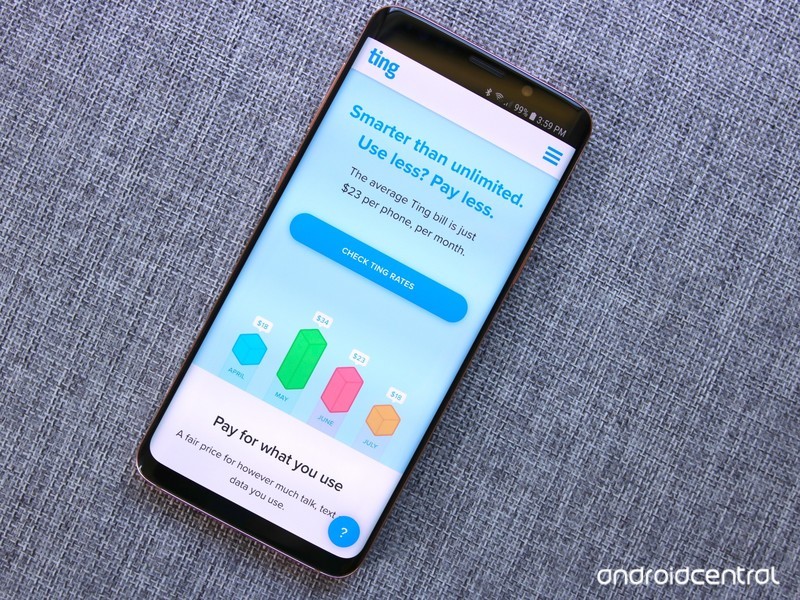 To many of its long-time users, alternative carrier Ting is a darling of flexibility and customer service. The main appeal for Google Fi admirers is the flexible, modular plans, which let you pay for exactly how much talk time and texting you need, along with simple, affordable data tiers.

Prices for a single line start at $32 for 100 minutes of talk and text and 2GB of data, but it doesn’t cost much more to add features from each category. It’s also just $6 per additional line, which is pretty great.

Ting also has access to two networks, Sprint and T-Mobile, though unlike Google Fi you can’t dynamically switch between them — your phone may be compatible with both services, but you’ll need to choose whether you want GSM or CDMA service, and can switch SIM cards based on your location and coverage.

One thing I constantly hear about Ting, too, is that it offers fantastic customer service and flexibility. And while its roaming rates are not included in the base package like Project Fi, they’re relatively inexpensive. 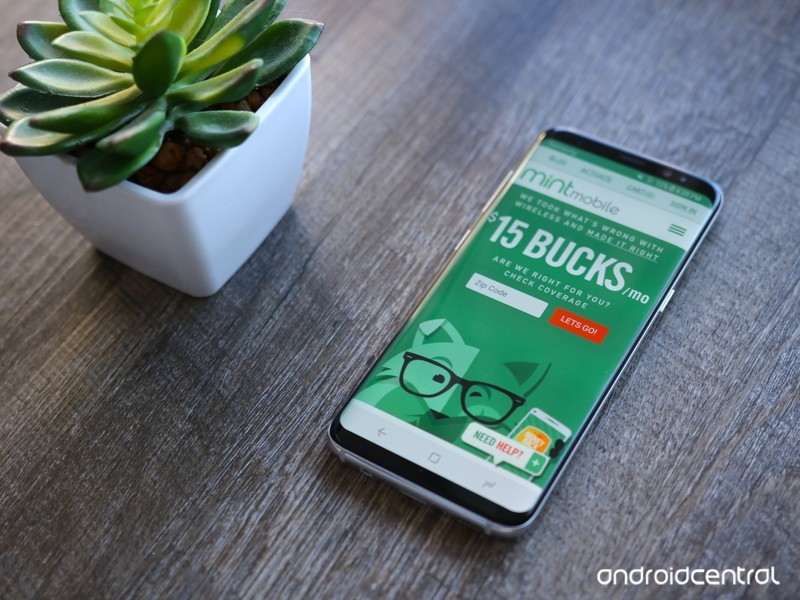 Most wireless service providers require you to pay your bill month-to-month, but Mint Mobile takes a different approach by charging you upfront for three, six, or 12 months of service at a time. It’s a unique concept and one that requires a bigger check from the get-go, but could result in some big savings over time.

All Mint Mobile plans come with unlimited talk and text, and depending on the one you choose, you’ve got your choice of 2GB, 5GB, or 10GB of 4G LTE data. If you decide you need additional LTE speeds during a month, you can get an extra 1GB for $10 or 3GB for $20. Oh, and mobile hotspot is included no matter what plan you get.

Mint Mobile is powered by T-Mobile’s network, and as such, you can bring over virutally any unlocked GSM phone.

If the service sounds like something you’d be interested in, you can test-drive it for seven days with a money-back guarantee. 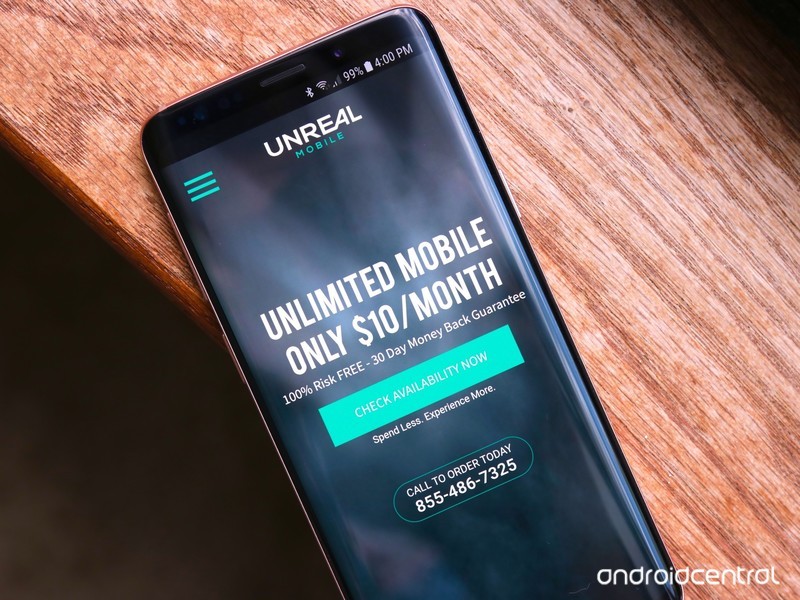 UNREAL Mobile launched in late June 2018, but despite being one of the younger companies on this list, it’s already one of the most interesting Google Fi alternatives around.

There are three plans to choose from at UNREAL Mobile with the biggest differentiator being the amount of LTE data that comes with each one. The $10/month plan has 1GB, stepping up to $20/month gives you 3GB, and going all out with the $30/month option comes with 5GB.

All three plans have unlimited talk, text, live agent support, Wi-Fi calling, and loyalty bonuses. If you opt for the 3GB of 5GB plan, you’ll also get data rollover each month and a data saver feature. And, exclusively reserved for the 5GB plan, is a VPN service.

In addition to being able to buy a phone from UNREAL, you can also bring over an exisitng CDMA or GSM unlocked device of your own. AT&T’s discount brand, Cricket Wireless, doesn’t tick every box for Google Fi wannabes, but it comes close on a few. For example, it offers excellent nationwide coverage, since it runs on AT&T’s network, and as a result should be compatible with almost every unlocked phone sold in the U.S. today.

It also has simple, inexpensive and flexible plans that offer unlimited U.S. talk, text, and data, plus the ability to roam in Canada and Mexico on two of the higher-tier (but at $55 and $60, still affordable) plans.

There are a few caveats, though. The $55/month Unlimited plan is limited to data speeds of just 3Mbps, which compared to regular LTE speeds on AT&T, is a lot slower. The 2GB and 5GB data plans are increased to 8Mbps, and the Unlimited Extra plan for $60/month has access to Cricket’s “fastest 4G LTE.” Mobile hotspot is available, but you’ll nedd to hand over another $10/month in order to use it.

One big advantage to Cricket is that taxes and fees are included with its plans. In other words, if you sign up for the $60/month plan, you’ll pay exactly $60. Metro by T-Mobile (formerly known as MetroPCS), got an overhaul in 2018 with a new name, logo, and plans.

At its cheapest, you can sign up for a plan with unlimited talk, text, and 2GB of 4G LTE data for just $30 each month. At its most expensive, Metro by T-Mobile costs $60/month for unlimited talk, text, LTE data, 15GB of hotspot use, 100GB of Google One storage, and even a free Amazon Prime membership.

Taxes and fees are included with Metro’s pricing, and since it runs on T-Mobile’s network, you can bring just about any GSM unlocked phone to it and have everything work just fine.

See at Metro by T-Mobile US Mobile may not have been on your radar before reading this article, but we definitely think it’s worth a look.

When you sign up for US Mobile, you’re given two SIM cards — one which connects to Verizon’s network and another that uses T-Mobile’s. Both networks use the same plans/pricing, and while you can’t hop back and forth between the two like you can on Google Fi, we love that you at least have a choice between one or the other.

Speaking of pricing, US Mobile offers both an unlimited plan and a custom one which allows you to choose how many talk minutes, texts, and data you want. There’s a lot of customization here.

Add that together with excellent 4G LTE data speeds, and we think you’ll be quite happy with US Mobile. Check out our full review for even more info.

See at US Mobile Visible debuted in May 2018 as a new carrier powered by Verizon’s network, and at the time, we couldn’t fully recommend it as it only supported iPhones. However, as of January 2019, Visible now works with Android!

For $40/month, Visible gives you unlimited talk, text, and LTE data (capped at 5Mbps) on Verizon’s network. Video streaming is limited to 480p, but you can use as much data as you’d like throughout the month.

That’s a good enough deal on its own, but Visible goes the extra mile by being about as customer-friendly as cell providers come. After ordering a SIM through its website, wait for it to be delivered, pop it in your phone, and then download and open the Visible app. Through here, you’ll handle all of your billing, get in touch with customer service, and more. When you want to pay your bill, Visible accepts credit/debit cards, PayPal, and even Venmo.

Visible currently works with just the Galaxy S9 and S9+, but more Android devices will be added soon. In addition to being able to bring an unlocked S9/S9+ if you already own one, you can also buy a handset directly from Visible with 0% financing through Affirm.

The reality is that nothing in the U.S. is like Google Fi. Google’s carrier experiment may be a little more expensive on a per-gigabyte basis, and more restrictive from a phone choice perspective, but in many ways, and for many people, it’s the ideal network provider.

Of course, not everyone has access to a phone that taps into Fi’s full potential, so hopefully these offerings will come in handy when you’re searching for your next alternative carrier.