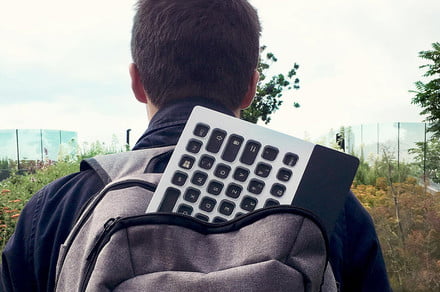 CES 2019 isn’t all about the processors and cards at the core of your machine. Peripherals have made big strides, too. If the hardware under your finger tips is due for an upgrade this year, you might want to consider one of the options below. These are the best mice and keyboards of CES 2019.

If you can’t wait for them to release, here are our current lists of favorite mechanical keyboards and gaming mice.

Razer Turret for Xbox One

If you ever wondered whether gamepads or keyboard and mice provided the optimum interface for most games, just look at how problematic the official implementation of keyboards and mice on the Xbox One has been. That said, if you’re planning to join the ranks of the newly supported keyboard console gamers, Razer has you covered. CES 2019 saw the official launch of its Turret keyboard, mouse, and mat combination which is designed to make living room gaming with all the benefits of a keyboard and mouse much more viable and comfortable.

Competitive gaming is about finding every possible advantage on your opponents. It could be knowing the maps better than anyone else, or just being younger and faster. Certain peripherals can give you a leg up, too, and Asus’ new TUF Gaming K7 claims to do just that. It has what it’s calling optical-mechanical switches, which utilize an infrared beam to transmit your keystrokes faster than standard wired connections. The mechanical switches also have an actuation point of just 1.5mm, shorter than the average mechanical keyboard, further enhancing its speed.

It won’t be much, but if shaving off a few milliseconds can make the difference in your game of choice, this keyboard might be a great buy. We don’t know how much it will cost yet, but it’s set to release January 2019.

Corsair’s Harpoon wireless mouse brings high-end features to a mid-range price point. $50 isn’t expensive for a mouse equipped with this many standout advantages. Its 2.4GHz wireless dongle offers a sub-millisecond latency for comparable performance to a wired mouse, though you can also use it in wired mode for charging purposes, or over Bluetooth. While in wireless mode it can hop between frequency bands, helping avoid any interference from an un-shielded microwave, or other wireless devices.

Corsair promises around 60 hours of battery life in optimal settings, though less with lighting on and heavy usage. Its other features are more restrained, though perfectly adequate. A 10,000 DPI sensitivity is more than enough for most gamers, and it sports RGB lighting that can be controlled with Corsair’s excellent CUE software.

Look for it on store shelves in January 2019.

The Nemeio E-ink keyboard is unlikely to be great for gaming, and early reports suggest it isn’t even that great at typing. So why are we intrigued by it? Because every single key can be customized. You can literally change what the key displays.

The keyboard is a number of keys built over an E-ink display, so you can put anything you want on them. Reminiscent of Art.Lebedev’s Optimus keyboards, the Nemeio can operate in QWERTY, AZERTY, Bépo, or any other customized configuration. Icons can be placed on keys, and profiles and layouts can be launched with particular software, letting you infinitely customize it for specific applications or software settings. Backing colors can also be tweaked, as well as font sizes, and lighting intensity.

No pricing information has been given, but it’s reported as somewhere in the $300 – $500 range. The keyboard will ship sometime this summer.

Royole is best known for beating industry giants like Samsung and Huawei to market with a smartphone with a flexible AMOLED display last November. It’s brought that phone along to CES 2019, and with it a number of other flexible products. One of those is its flexible keyboard. When you’re done with it, you roll it back up into its carry case and take it with you.

It’s effectively a translucent sheet with a QWERTY layout on it. It connects to your phone, laptop, or tablet via Bluetooth and gives you full typing functionality. Early reports from CNET suggest it’s not a joy to type on, but the fact you just tap a couple of buttons on its case to automatically roll it back up for transport is neat.

The battery is said to last for months in standby mode, making this arguably the most portable wireless keyboard in the world. Or it will be when it goes on sale at some point in Q2 this year. No pricing information has yet been announced.