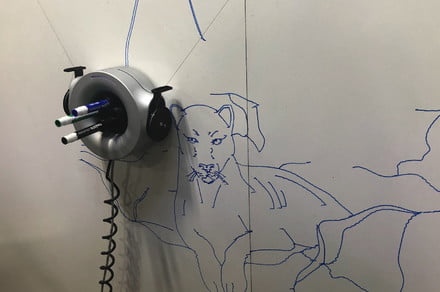 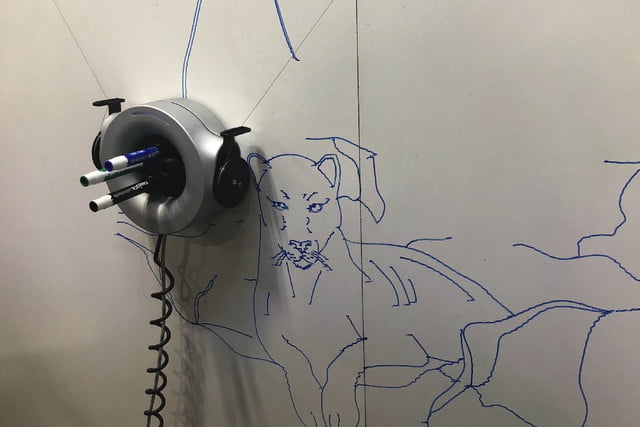 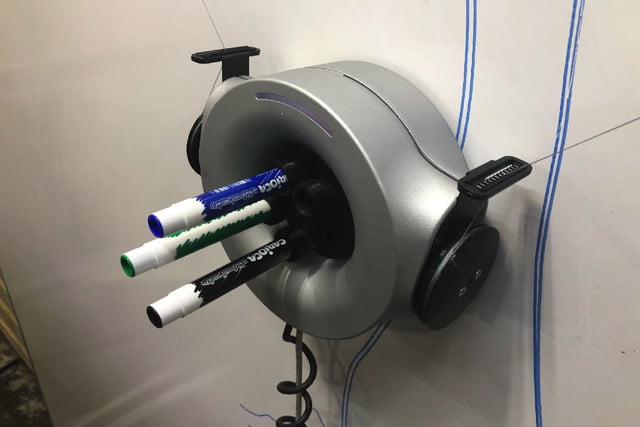 Scribit, the wall-crawling graffiti robot that can draw any image you can think of onto a vertical surface of your choice, made its debut this week at CES 2019. Having previously raked in millions of dollars in a successful 2018 crowdfunding campaign, the artistic robot is now almost ready to go on sale to the general public.

“We call Scribit ‘the write and erase robot’ because it both draws and erases any content on your wall,” Andrea Baldereschi, chief marketing officer at Scribit, told Digital Trends. “It draws by using up to four markers simultaneously, and erases [these] drawings through a special ink that vanishes with heat.”

The idea of Scribit is that it works a little bit like a vertical Roomba vacuum, only leaving drawings instead of just hoovering up detritus. Any content can be drawn with Scribit, with users able to import their own pictures, select artworks from a gallery, or even sync the robot with other applications like Twitter or weather forecasts. Looking for a bespoke, hand-drawn rendition of this weekend’s meteorological conditions? You’ve come to the right place. (Well, so long as you’re in Las Vegas for CES, that is!)

Scribit comes with some pretty impressive credentials. It was originally designed as a concept by the influential Carlo Ratti, director of the Massachusetts Institute of Technology’s Senseable City Laboratory and founder of the Carlo Ratti Associati innovation and design studio. He showcased the idea back in 2015 for an installation he designed in Milan. However, the dream of a vertical plotter that anyone could install in their home or office had appeal that extended way beyond a single art exhibition. That’s what was proven when Scribit landed on Kickstarter in June 2018, and racked up $1.6 million in pledges against a stated goal of just $50,000.

The original plan was to ship the robots in December, but it seems that things have slipped back a few weeks, although Baldereschi insists backers will receive their robots in the coming weeks. Scribit will retail for $450.

“Between the end of January and next spring, the 6,500 backers from Kickstarter and Indiegogo that have supported Scribit so far will receive it first,” she said. “June 2019 is the date when the Write and Erase Robot will be available for direct sales. In the meanwhile, the team will be attending several events and discussing some interesting collaborations with creative minds and innovators.”