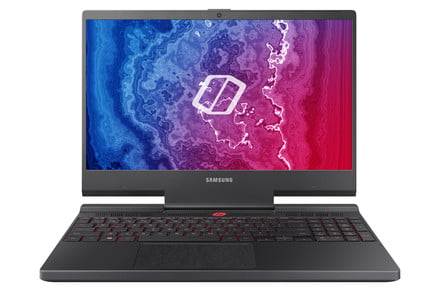 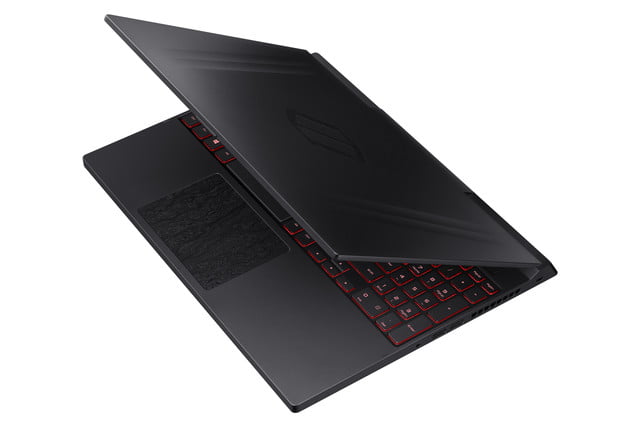 Pricing was not immediately announced, but the Notebook Odyssey is headlined by its thin-bezel 144Hz Nvidia G-Sync display. Powered by the latest (but unspecified) Intel-8th generation hexa-Core i7 processor and the highest-end GeForce RTX 2080 series GPU, the Notebook Odyssey also looks to have a performance punch for gamers looking to take advantage of ray tracing support on Nvidia’s latest GPUs.

Elsewhere, the Notebook Odyssey comes with a special “Odyssey Mode,” which allows consumers to save different preset settings for different types of games. That includes a “Beast Mode” which Samsung says can “modulate the Samsung Notebook Odyssey’s performance depending on the software it is running.” Cooling is improved too, as Samsung says it comes with redesigned “Jet Blade” blowers that sport 83 blades each, and a new penta-pipe cooling system to help the laptop run efficiently when gaming.

With other areas of customization, consumers are free to add in an extra SSD or plug in a standard hard drive for added storage for games. There’s also support for “Black Equalizer” software which Samsung says can improve on in-game lighting. Expect for the Samsung Notebook Odyssey to be released in early 2019.

This is just the latest of the new product to be announced by Samsung at or ahead of CES. Previously, it revealed a series of modern and minimalistic displays, lead by the “Space Monitor” and a curved 32-inch gaming monitor. Earlier in November, it also announced the Notebook 9 Pen, with a new modern design, update S pen in the box, and the latest Intel eighth-generation Core i7 processor under the hood.