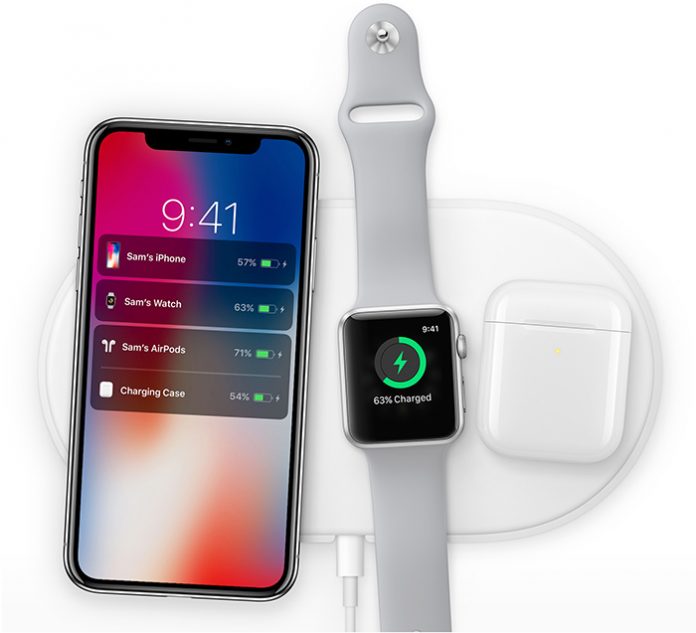 Apple’s long-awaited wireless charging mat AirPower might finally be on the horizon if the latest rumor is to be believed.

Hong Kong website ChargerLAB cites a “credible source” within Apple’s supply chain who claims Chinese manufacturer Luxshare Precision has started production of the AirPower. In a conversation on Chinese messaging app WeChat, the source adds he has heard the AirPower will be released soon.

MacRumors translated the Chinese messages in the WeChat screenshot using the Google Translate app for photos on iPhone and they appear to be consistent with what ChargerLAB claims in its tweet.

Luxshare is a member of the Wireless Power Consortium behind the Qi standard and also assembles AirPods for Apple — and Lightning to USB-C cables, according to ChargerLAB. Reports had suggested Luxshare would be a primary supplier of the AirPower since as early as February 2017.

Luxshare might not be the only supplier, as a report last year said Pegatron would also be involved in production.

A few weeks ago, developer Steve Troughton-Smith said he’s heard Apple may have overcome technical challenges with the AirPower and could move forward with a release. Those technical challenges included overheating and interference issues, according to Sonny Dickson, an occasional source of Apple leaks.

Where is AirPower? 🤷‍♂️ All I’ve been hearing is ‘they’ve finally fixed it’, so, if true, it could ship as a product whenever Apple wants. Hopefully alongside the smart battery case for the XS?

Back in October, in a research note obtained by MacRumors, Apple analyst Ming-Chi Kuo claimed that Apple may launch the AirPower by early in the first quarter of 2019, suggesting that the accessory may be released soon.

The delayed release of the AirPower is likely why Apple has yet to release its optional wireless charging case for AirPods, which remains listed as “currently unavailable” on Apple’s website. Like the AirPower, Kuo said the wireless case may be released in early 2019 ahead of an entirely new pair in 2020.

AirPower is an oval-shaped mat that would be able to wirelessly charge multiple Apple devices at once, including the iPhone 8 and newer, Apple Watch Series 3 and newer, and AirPods when they are placed in the aforementioned wireless charging case that has been expected to launch alongside the mat.

Apple first previewed the AirPower at Steve Jobs Theater in September 2017, shortly after introducing the iPhone X, and indicated that it would be released at some point in 2018 in a press release. Apple failed to deliver on that promise, however, and hasn’t commented on the AirPower for many months.

Following its September 2018 event, Apple removed all but a few mentions of the AirPower from its website. The mat was, however, still referenced in the iPhone XS, iPhone XS Max, and iPhone XR user guides, in some recent Apple job listings, and in a few recent Apple patent applications.

Apple’s silence regarding AirPower has led some to believe the product has been canceled, but today’s report offers renewed hope.

ChargerLAB did, however, inaccurately report that the iPhone XS, iPhone XS Max, and iPhone XR would be bundled with a faster 18W USB-C power adapter from Apple. The website did show an accurate render of the charger, but it ended up being for the 2018 iPad Pro, so the rumor wasn’t entirely off base.

Update: In a follow-up tweet, ChargerLAB cites another source who claims a second Apple supplier Pegatron is set to begin mass production of the AirPower on January 21. The alleged Pegatron employee claims the AirPower has three layers of coils in an 8-7-7 configuration from bottom to top.

Apple AirPower: Another source claims Pegatron is set to start mass produce AirPower at Jan 21. Pegatron is also an Apple OEM in Asia. The company employee says AirPower has total three layers of coils in 8-7-7 configuration from bottom to top. pic.twitter.com/xsboO47PGR

Facebook
Twitter
Pinterest
WhatsApp
Previous articleRooting your Android phone: What you need to know
Next articleHead out on an adventure with $6 off the Venture Pal Lightweight Backpack
- Advertisment -