Questions over whether Newark airport incident really involved a drone 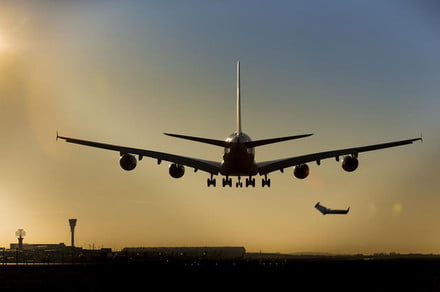 The reported sightings of up to two drones in the skies close to New Jersey’s Newark Liberty International Airport on Tuesday prompted air traffic controllers to put 43 incoming flights into a holding pattern, while nine flights were diverted, the Federal Aviation Administration (FAA) confirmed.

But now questions are being raised over whether the objects, spotted at an altitude of around 3,500 feet, were in fact drones.

Speaking in a personal capacity via his Twitter account, Brendan Schulman, VP of policy and legal affairs at drone giant DJI, speculated that the sightings — one by a United pilot and the other by a Southwest pilot — could possibly have been mistaken, suggesting the “drone” may actually have been something else, like a balloon or a bag.

Air traffic control audio obtained by ABC News includes one of the pilots describing what “looks like a drone” as the aircraft made its final approach, adding, “Missed the drone by about 30 feet off our right wing.”

The relevant authorities are continuing to investigate the incident, with the pilots’ precise descriptions of what they saw central to the investigation.

In a tweet, Schulman described the reported sightings as “just not credible,” considering the challenging conditions at the time.

Two drones at once. In the dark. At 3500 feet altitude. It’s very cold outside, below freezing; not the kind of weather for flying drones. This is just not credible. https://t.co/nXysfvyRXA

“There’s certainly cases of knuckleheads flying drones where they shouldn’t be, but we have strong reservations on [the Newark] report,” Schulman told the Washington Post, adding, “There has been case after case after case of someone who saw a drone in the air that turned out to be a bat or a balloon or a plastic bag.”

Indeed, that was the thinking behind a similar incident at Heathrow airport in 2017, with officials speculating that what was originally thought to have been a drone coming close to an airliner may in reality have been a plastic shopping bag. Furthermore, officials at Gatwick, one of the U.K.’s busiest airports, were forced to defend its decision to shut down the airport for 36 hours last month in response to apparent drone incursions, with some suggesting the sightings had been mistaken. No one has yet been charged in connection with the incident.

Whether or not the Newark incident was real or mistaken, there are always going to be a few “knuckleheads” giving a bad name to the vast majority of drone owners who fly their machines responsibly. Just last month, for example, a man was caught flying a model aircraft in a field 500 meters from London’s Heathrow airport just days after the Gatwick chaos. There was no suggestion the operator was trying to cause disruption at Heathrow, but the court nevertheless deemed the incident serious enough to slap him with a fine of 2,000 British pounds (about $2,600).

To combat rogue drone flights in restricted airspace, a growing number of companies are developing a range of systems designed to take down the machines in a controlled manner. Such incursions not only present a danger to piloted aircraft in the air, but can also cost airport operators millions of dollars in disruption to business.