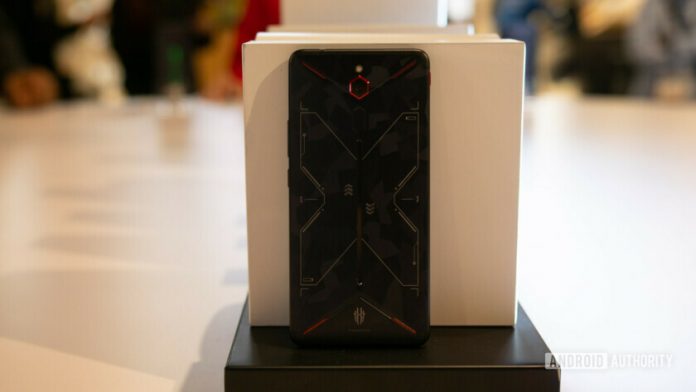 Gaming phones are in a strange place right now. At one end you have affordable handsets like the Honor Play with only a handful of gaming-centric features, while on the other you have powerhouse flagships like the Asus ROG Phone and the Razer Phone 2.

Some are kitted out with additional hardware to improve gameplay and performance, while others are trying to go beyond the gaming phone niche and take on Android’s elite.

The best smartphones at CES 2019

The Consumer Electronics Show in Las Vegas has never traditionally been a place where major phone makers introduce new handsets. CES 2019 has been no exception to this rule. There were rumors Samsung might show off the …

We went hands-on with the latest gaming phone contender at CES 2019. Here are our initial impressions!

Looking and playing the part 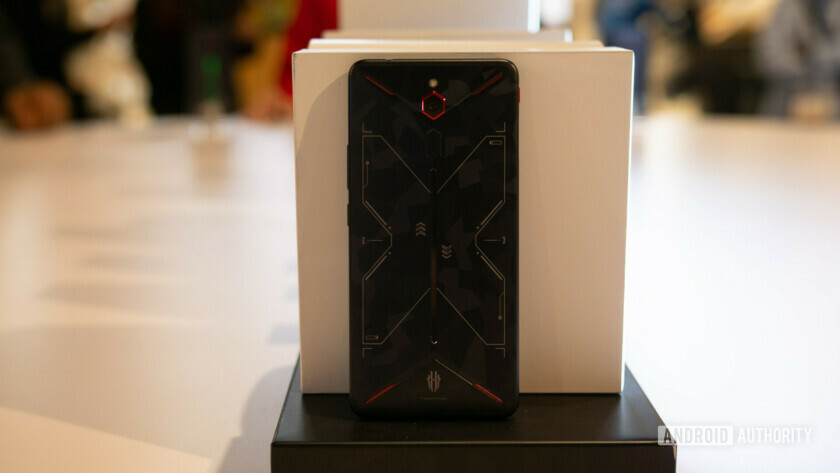 If you’ve seen the original Red Magic, you’ve basically seen the Red Magic Mars. The Mars shares a lot of design quirks with its predecessor, such as the hexagonal camera module, the polygonal fingerprint sensor, and the big long RGB LED strip running down the middle of the phone’s rear.

The phone comes in three colors — black, red, and “camouflage” (the one we handled). All three have red or black accents dotted around the phone, while the camouflage edition has gray patches and an X shape drawn onto the back, just so you know the phone is X-tra edgy, dudes.

The ultra-high-end “Conqueror” variant comes with an eye-watering 10GB of RAM.

The Red Magic Mars comes in three configurations, all powered by Qualcomm’s Snapdragon 845 SoC. The entry model packs 6GB RAM/64GB storage, while the mid-tier has 8GB RAM/128GB storage. Alternatively, you can go completely overkill and go for the ultra-high-end “Conqueror” variant with a massive 10GB of RAM and 256GB storage.

5 phones with a whopping 10GB of RAM

Remember when phone companies had lots of bragging rights when one of their handsets had 8GB of RAM inside? Yep, that is so 2017. Now there is a rush by many phone makers to cram …

The phone also comes with a few gaming-centric hardware features like a hybrid cooling system that uses both air and liquid to keep the phone running cool and smooth during intense play sessions.

Nubia has also taken a page out of Asus’ book by adding shoulder buttons that act as triggers, although unlike the best gaming phone of 2018, the Mars’ triggers are capacitive. We’ll need a bit more time trying these out to see if they hold up during frantic rounds of PUBG Mobile, but it’s nice to see you can remap them at your leisure to get the best set-up for whichever game you’re playing. 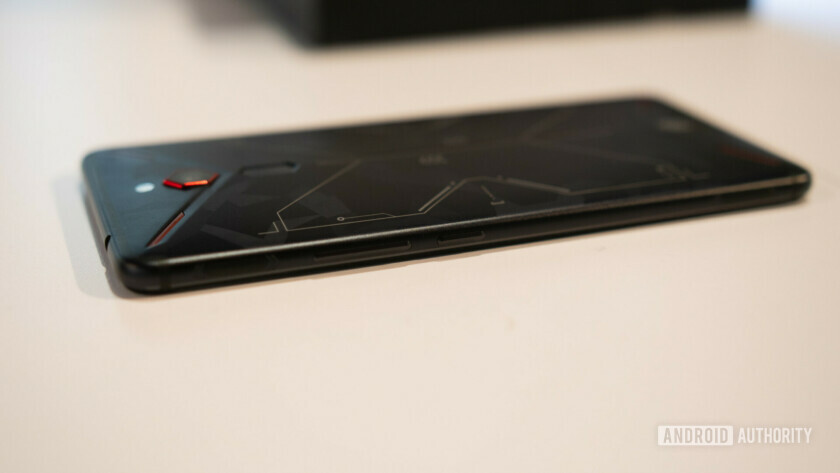 There’s also a motor-based rumble for more dynamic feedback, a built-in voice changer so you can mask your voice in online chat, and a physical switch (again coated in either vibrant metallic red or black) that flips the phone into gaming mode.

Here you can get take advantage of the phone’s Android Pie-based RedMagic OS software to view your library of games all in one place and tweak your settings to optimize performance.

There will also be an optional gamepad attachment sold for the phone — which, like the Huawei Mate 20 X’s equivalent, looks similar to a Nintendo Switch JoyCon controller.

Related: The last thing Huawei should do is compare the Mate 20 X with the Nintendo Switch

But is it a good phone? 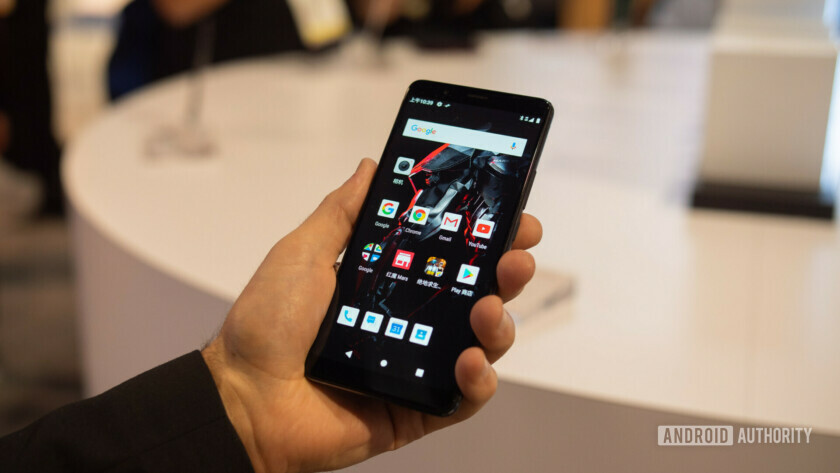 It’s fair to say Nubia has jam-packed the Red Magic Mars with features ‘for gaming,’ but can it hold up as a phone ‘for gamers?’

Looking at the overall specs, there’s a lot of promise. For starters, you get a 3,800mAh battery, which isn’t huge for a gaming phone, but it’s still a good size compared to other Android handsets around the same price range.

Some people might think that the most important feature in a smartphone is its display size. Others believe it comes down to a phone’s processor performance, or the amount of RAM, or how much storage …

It also has a headphone jack, which is still scientifically proven to be the best way to listen to music on your phone. Speaking of audio, the phone also has DTS 7.1 and 3D surround sound support.

It’s the display and camera departments that could let the phone down, however.

The Red Magic Mars rocks a 6-inch, notch-free LCD display with a Full HD+ (1,080 x 2,160) resolution. That’s far from awful, but you likely won’t be seeing the deep blacks and vibrancy of the Mars’ AMOLED/OLED rivals like the ROG Phone, Xiaomi Black Shark Helo, or Mate 20 X, or the incredible 120Hz refresh rates of the Razer Phone 2. 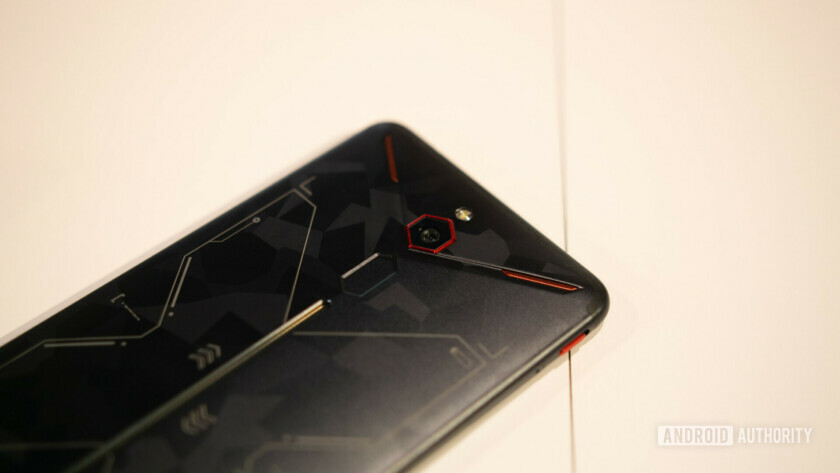 Meanwhile, the main camera is a single 16MP f/1.8 shooter with phase detection autofocus and the selfie camera is an 8MP f/2.0 lens. Neither of these are likely to threaten the best camera phones on the market based on those specs, but we’ll have to wait and see what the results are like further down the line. 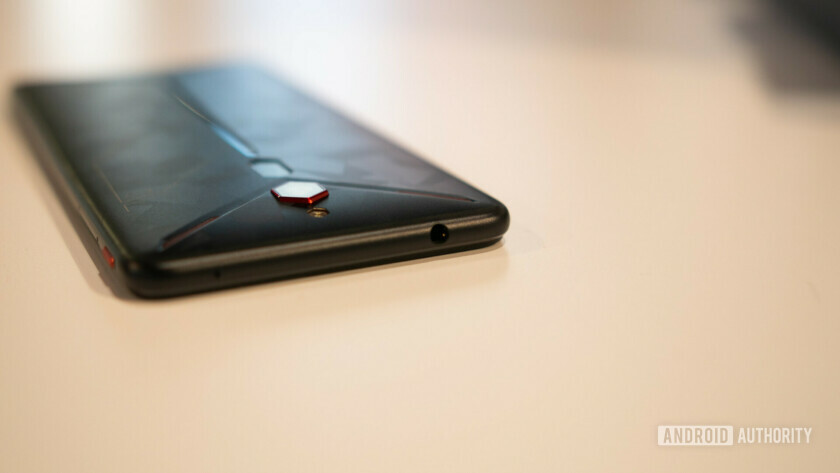 The good news is that the Nubia Red Magic Mars won’t be as difficult to get hold of as its predecessor. The Mars, alongside the dual-screen Nubia X, were both confirmed for release in North America and Europe at CES 2019.

At just $399, the Red Magic Mars may be worth a look if you want to game on the go on a budget.

The Red Magic Mars will go up for sale on Nubia’s official website on Jan. 31, priced at $399.

European pricing has yet to be confirmed, but Nubia says it will debut on the same date in the region.

Considering many of the top gaming phones come in at double or more than double that price, the Nubia Red Magic Mars may be worth a look if you want to game on the go without breaking the bank.

That’s it for now! We’re looking forward to giving the Red Magic Mars a much longer look in a full review very soon, but for now, be sure to let us know what you think of Nubia’s latest.

The first season of the show from Office US creator Greg Daniels and star Steve Carell isn't perfect, but still
Read more
Reviews