Microsoft will end support for Windows 7 one year from now 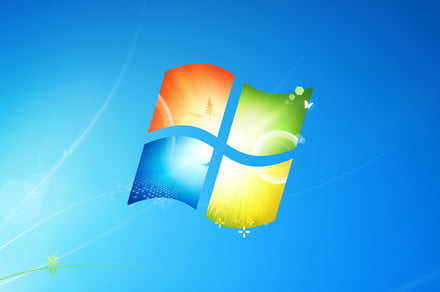 If you’re one of the many still holding on to the nearly nine-year-old Windows 7 OS, it might be time for an upgrade. Microsoft is set to end extended support for Windows 7 on January 14, 2020, putting a halt on the free bug fixes and security patches for most who have the operating system installed.

Though official mainstream support for Windows 7 already ended in January 2015, extended support is now also scheduled to come to an end exactly a year from Monday, January 14. This means that anyone still running the operating system on their PCs will need to pay up to Microsoft to get continued updates. For most consumers, that is obviously not an option, so an upgrade to Windows 10 would be the better way to stay updated against the latest viruses and other security issues.

Due to its popularity and to help ease transitions to Windows 10, Microsoft will still provide two methods of Windows 7 support for businesses and enterprises (but not general consumers.) Under the first paid Windows 7 Extended Security Updates plan, Windows 7 Professional and Windows 7 Enterprise users can get security updates through January 2023. With the second option, businesses that buy the Microsoft Virtual Desktop to virtualize Windows 7 can also get the Windows 7 Extended Security Updates plan for free, as noted by ZDNet.

The end of support for Windows 7 could be good news for Windows 10 adoption rates in 2020, but it also raises concerns for those who could be running older hardware not supported by Windows 10. Windows 7 has still remained fairly popular in recent years and was only recently surpassed by Windows 10 in overall Net Marketshare data, with a 32.9 percent lead.

According to this support page, Microsoft’s Windows 7 has limited support on processors and chipsets from manufacturers like AMD and Intel. “The lifecycle begins when a product is released and ends when it’s no longer supported. Knowing key dates in this lifecycle helps you make informed decisions about when to update, upgrade or make other changes to your software,” explains Microsoft. As for Windows 8, which never was popular with consumers due to its tablet-style interface, Microsoft is set to end free support for it on January 10, 2023.