HomeNewsI'm ditching a large Galaxy for a single Pixel, and I'll never...
News

I’m ditching a large Galaxy for a single Pixel, and I’ll never look back

As Android Q talk begins, I’m still waiting for a slice of Pie. 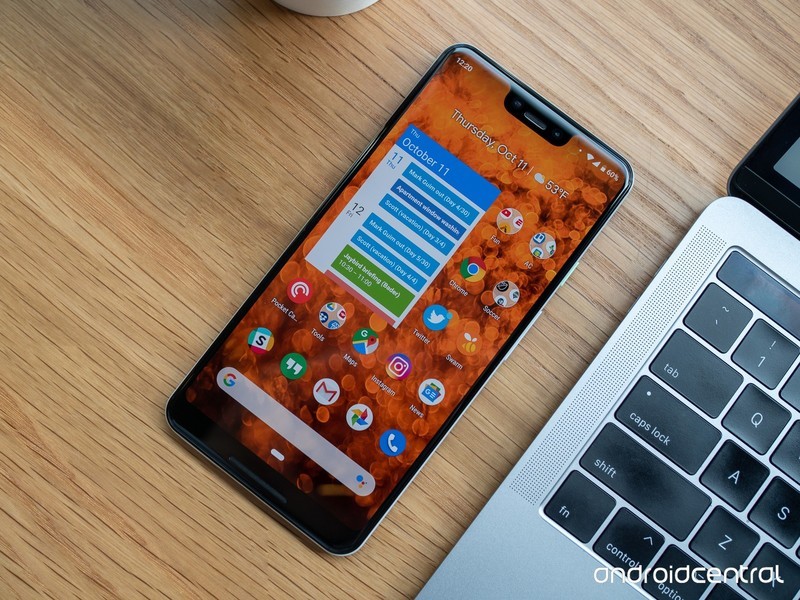 I’ve used Samsung smartphones for a vast majority of my career. Many might accuse me of bias in that regard, but I swear that’s the furthest thing from the truth. It just so happens that Samsung has consistently provided everything I need and want in smartphones over the years.

The reason I even started on that path was due to the early growing pains of Android. I’m proud to say I’ve been an Android user since day one, having gotten in on the ground floor with the T-Mobile G1 on launch day, but that honor didn’t come without a lot of headaches. Phones were slow, buggy, unrefined, and ugly back then. (Some unforgivingly so.) 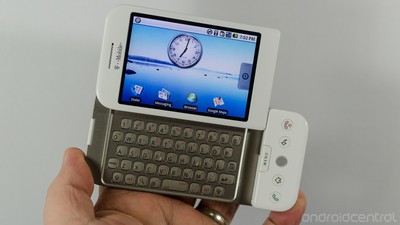 HTC attempted to correct these pain points in its follow-up device known as the HTC Hero. It was a valiant effort, but an attractive smartphone and exciting new software can seem pretty underwhelming when the underlying hardware isn’t up to code. Battery life was still bad, Android was still sluggish, and even with the good things HTC did with Sense back then, it always felt like the iPhone did everything better. Had it not been for that AT&T exclusivity I might have been tempted to become a faithful iOS user never to look back, but alas, I was pretty locked into T-Mobile. (I suppose I wasn’t totally against Blackberry back then either, but I digress.)

Much of those first few devices shared those same damning traits, and even Samsung had a pretty disgusting go at it its first time around. But that changed in 2010 when the Samsung Galaxy S launched. Here was a company daring to use an unproven chipset and unashamedly tugging at the lust non-AT&T folks had for the iPhone. 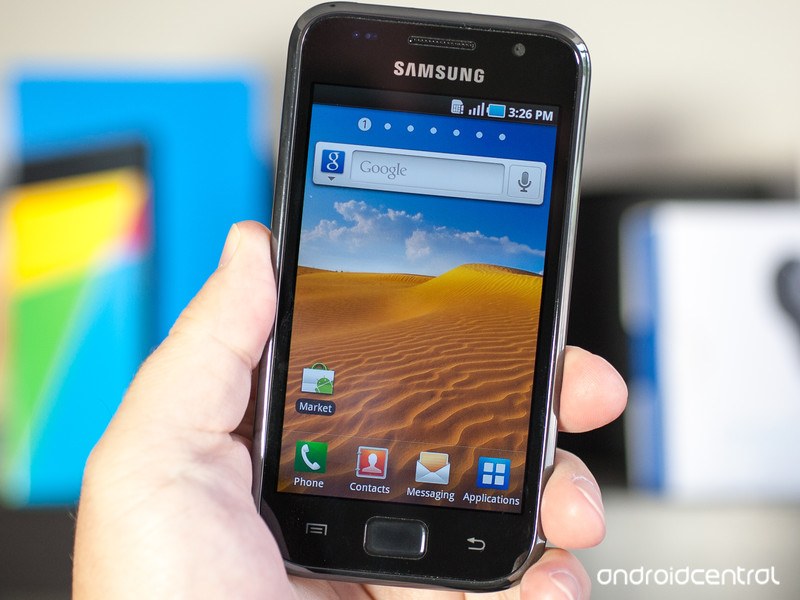 But that unproven chipset ran Android better than any device before it could. Android was also coming into its own right around that time. Verizon made it mainstream with the legendary Motorola DROID, the Android Market was blowing up with apps, and the full potential of the operating system began to shine through.

Suddenly, I didn’t want an iPhone. This phone was fast. It was customizable. I could share data between apps with ease. I could customize my home screen with widgets. I had one glanceable bay in which all my notifications lived. These things were all true before the Galaxy S arrived, but I hadn’t really enjoyed and appreciated them because battling Android’s demons made it feel like I was up against a heavyweight fighter that I wasn’t willing to go a full twelve rounds with.

That renaissance moment didn’t keep me for long, because Sprint was on the horn with one of the earliest forms of 4G in WiMax, and I had to be on that train. The HTC EVO 4G was enough to whisk me away from T-Mobile, and while that affair started off decently, the honeymoon period expired quite fast.

WiMax deployment was extremely scarce at the time, and even if you happened to be in the handful of places where Sprint had coverage, the speeds weren’t great. If that’s not enough, the HTC EVO 4G was prone to bad battery life and performance degraded far quicker than I liked. Back to Samsung, I go. 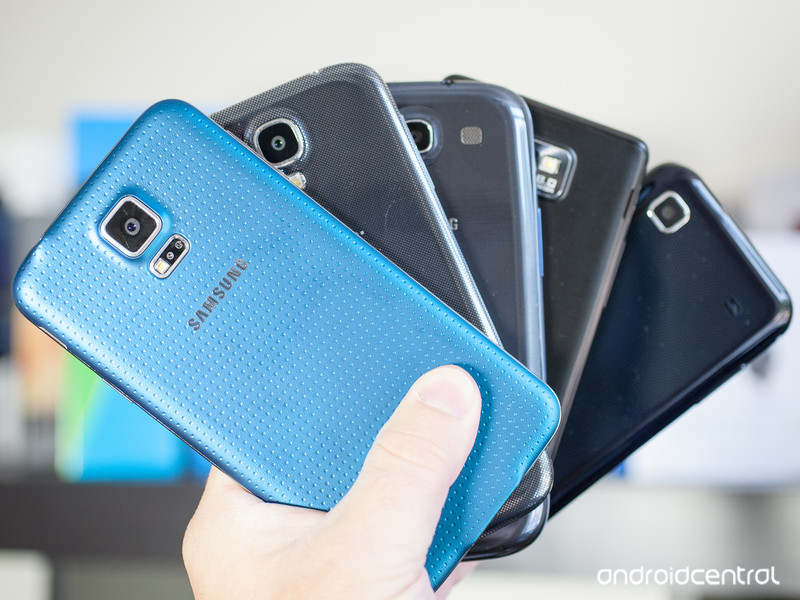 Galaxy S2 Epic 4G Touch. Galaxy Nexus. Galaxy S3. Galaxy S4. There was a Galaxy Note 2 in there somewhere. I had little reason to deviate. I skipped the Galaxy S5 to have flings with the first couple of HTC One devices, a Motorola DROID MAXX, and all the review units I was blessed to spend time with, but I fell off the wagon and spent the next few years back in the saddle with Samsung. It was comfortable, and it was right.

And now, I’m ready to dump Samsung cold turkey. As time changed, my needs largely stayed the same, but devices across the entirety of the smartphone spectrum kept getting better and better. 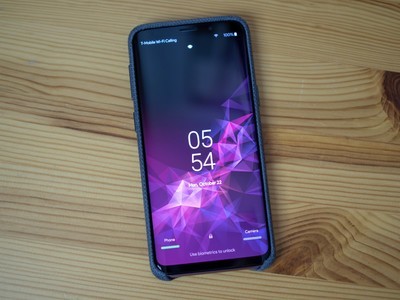 I often flirt with the idea of marrying to a cheapo device that doesn’t have all the bells and whistles because the gap between the baseline and top end has narrowed a great deal, but there’s always something that compels me to get the best on offer.

In the case of Samsung, it’s Samsung Pay with its game-changing MST technology. It’s the best-in-class Super AMOLED displays. It’s the ever-improving camera performance. And damn has that company gotten pretty good at this whole “engineering” thing over the last few years.

One of those reasons used to be software, strangely enough. Blasphemy, I know. Who in their right mind actually likes TouchWiz? Hear me out, though. Samsung had one of the most comprehensive Android firmwares available. There were a lot of features baked in by the company that Google was long reluctant to include in Android as standard.

But we’re a good bit away from the days where the Android Market (now Google Play) had hundreds — yes, just hundreds — of apps to help me customize the experience the way I needed. There are now more apps than I care to count, and many of them do some pretty amazing things thanks to the way the Android platform has evolved.

I have a phone with over 100 different apps, settings, and icons that I never use, and I’d trade them all.

And what a shame that is, because I’m being robbed of experiencing that evolution as it happens. I’m actually missing core platform features that I want and need because it takes Samsung ages to ship updates and it takes carriers even longer to certify them. (For what it’s worth, the Galaxy S9 is currently enjoying Pie in beta form, but being an AT&T patron I sadly wasn’t invited to that party.)

There used to be a time where I could wait half a year for the latest version of Android, excited to finally use the features I’ve been longing for while Pixel (then Nexus) users were already onto the next frontier. But now I have a phone with over 100 different apps, settings, and icons that I never use (Bixby, you’re fired), and I’d trade them all for the few useful things I’m missing from Android Pie. It doesn’t hurt that Google started taking its hardware business seriously with devices that can compete in almost all facets of the contemporary smartphone experience. (Especially that camera.) 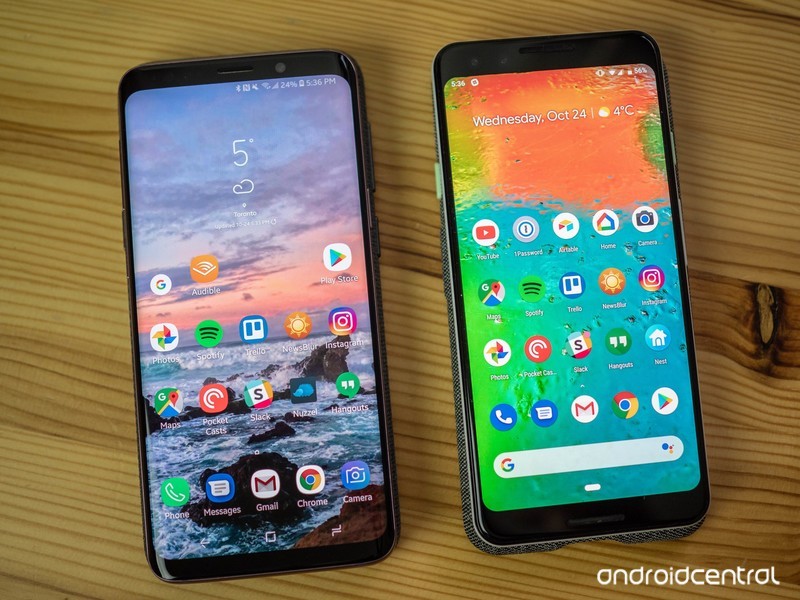 Don’t get me wrong, I know Samsung is acting in the best interest of its users and carrier partners, and after the billion dollar mistake that was the Galaxy Note 7 it can ill afford to rush its way to a misstep, but I’ve personally decided that I’m no longer happy with the status quo.

I’m hopeful things can change (there’s ample evidence that Google is constantly experimenting with ways to make the update process easier on the manufacturers), and I believe one day all manufacturers — not just Samsung — will be able to match Google’s brisk pace. More reasonably, I’d at least like to experience the latest features while they’re still actually the latest features. Until then, however, it’s decided — I’m going Pixel and I am not looking back.