How to Watch the AMD CES 2019 Press Conference 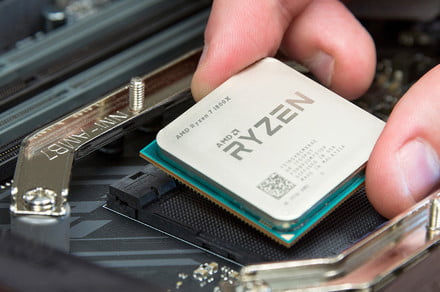 At CES 2019, attention is usually turned towards Intel and Nvidia, but with both already making big announcements, it is time for AMD to take the spotlight. Falling right in the middle of the week-long CES, it will be hosting its own keynote presentation on Wednesday, January 9th at 9 a.m. Pacific.

It is widely expected that AMD will reveal its latest desktop graphics cards and talk more about its future GPU and CPU offerings for consumers. You can watch the press conference live on YouTube above, and if you happen to miss it, an archived version will be available one hour after the presentation ends.

AMD already dropped some news ahead of CES, giving consumers all the details on its new Ryzen 3000 mobile APUs. These combine the Zen+ CPU cores, and AMD Vega graphics, and are a direct shot at the latest processors from Intel.


Everything Nvidia announced at CES, including mobile RTX, and more

Complete with support for 10-12 hours of battery, Wake on Voice, Modern Standby, and 4K HDR streaming, these chips are seen on HP’s new Chromebooks, thin and light laptops, and gaming laptops from Asus. They are not, however, the much-anticipated desktop processors many hoped to see.

That said, you can expect for the keynote to dive deeper on AMD’s Ryzen 3000 desktop CPUs. As widely noted back in October, Dr. Lisa Su, president, and chief executive officer of AMD will be leading the keynote presentation. Look out for her to talk more about how AMD is building on the 7nm platform, and putting itself ahead of Intel and Nvidia, both of which are still using a less advanced production process. AMD has teased that Su will talk about “providing the power required to reach technology’s next horizon,” so the bar is set very high.

Previous rumors and trademark applications also indicated that AMD could be launching a new Radeon “Vega II” graphics card just in time for CES. It was being reported that Vega II could be based on AMD’s Vega-20 series GPU, so there is plenty of hope that we could see something from AMD which can take on Nvidia in the gaming market.

Juventus travel from the capital to Milan as Serie A football continues today. Follow along with all of the action
Read more
How to