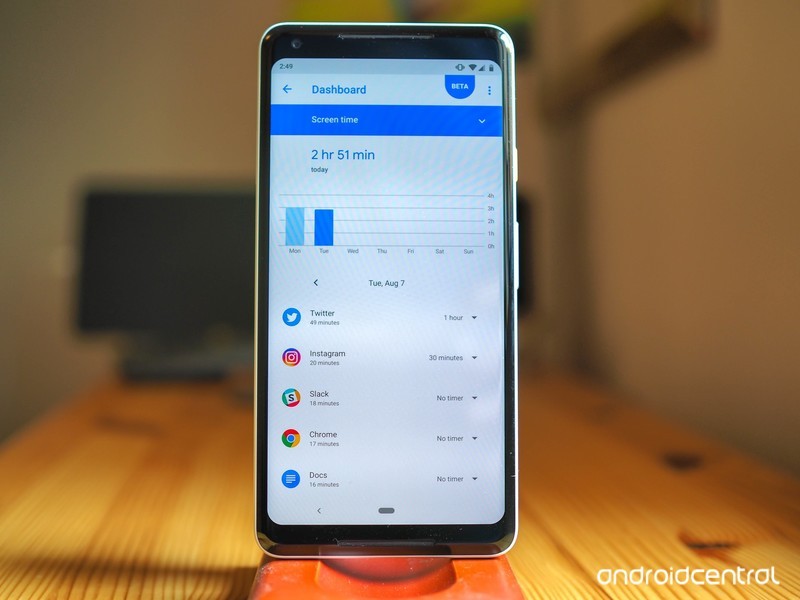 Make the most out of your phone addiction.

One of the major pieces of the Android Pie presentation at Google I/O this past May aligned with what many other companies are trying to do: make it easier to disconnect. They’re doing this by providing usage metrics, and incentive through various “wind down” or Do Not Disturb features, that both inform the user and help them check their phone only when necessary.

On Android, these features rolled out as part of a Digital Wellbeing beta announced alongside the public Android 9 Pie release, and there’s a lot to like here. Here’s how it all works.

What is Digital Wellbeing?

The idea behind Digital Wellbeing isn’t necessarily using your phone less, though it can lead to that behavior. Instead, according to EK Chung, a UX designer at Google who played a role in designing the new features, “It is all about high efficiency, and making your interaction with your device more meaningful and efficient so that you can get things done and then get back to what’s really meaningful in your life … actually simplifying how people get things done.”

In other words, if you’re spending too long on Twitter or Facebook right now, you may intellectually know this and may want to cut down but don’t know how to do it. Google is providing tools to not only make the whole OS feel more fluid and efficient but the ability to see how many minutes or hours you’re spending in an app, with an easy way of adding soft limits that make it more difficult to open it once you’ve hit them.

Digital Wellbeing: Everything you need to know 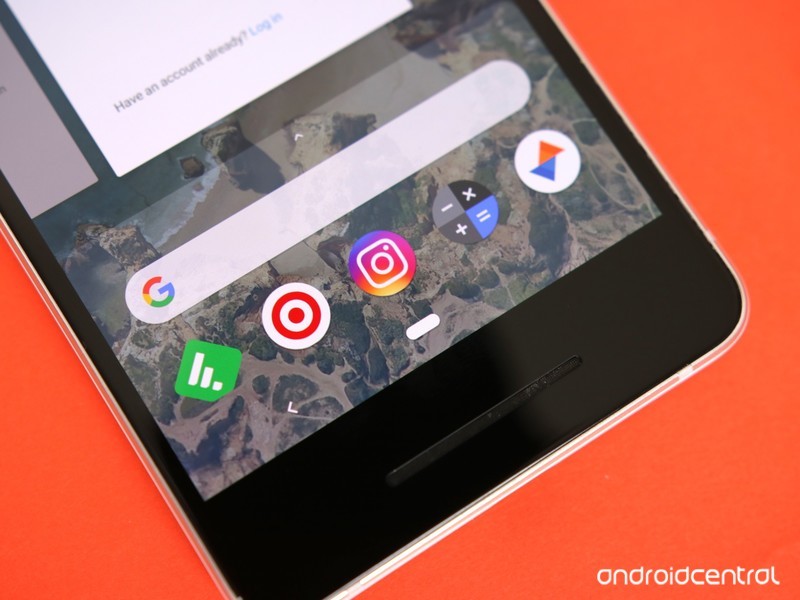 Any phone running Pie has Digital Wellbeing set up and ready to use, including Android One phones and, of course, Pixel phones.

Here’s how it works! 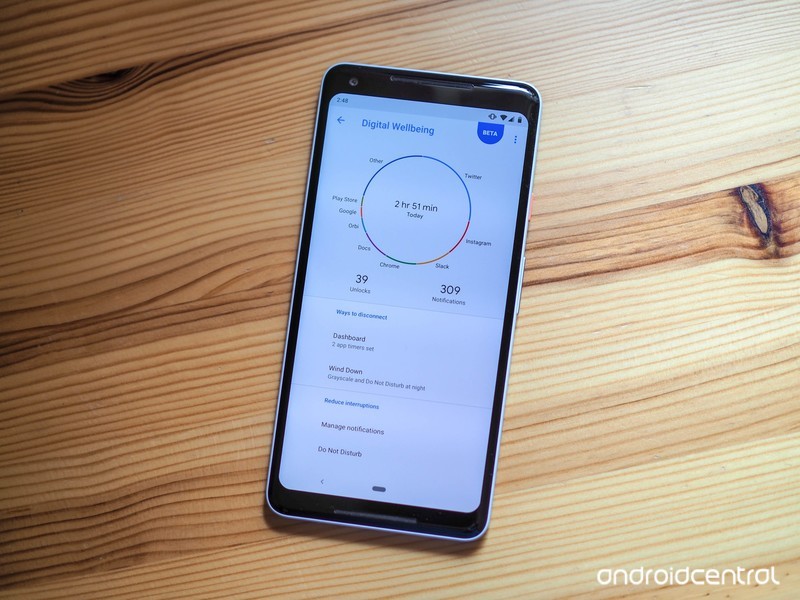 To find the Digital Wellbeing section, you must open your phone’s settings page and scroll down to find it. You can do this by opening the app drawer and tapping Settings, or swiping down the notification tray twice and tapping on the little settings cog.

Once in there, you’ll see the dashboard which will show you a circular chart of all the apps you’ve used that day. Tapping on it will take you into a list of all the apps you’ve used, ranking them by “screen time” by default. You can also rank them by “notifications received” and “times opened,” which may change the order considerably. For instance, I’ve only used Slack 18 minutes today (I use it mainly on my computer), but I’ve opened it 37 times. Yikes.

Tapping on an individual app shows you the breakdown per day or hour, which is helpful, but also lets you set timers and manage notifications.

How to limit the time you can spend in an app

App timers limit the amount of time you can spend in an app. When a timer is set, Android keeps track of how long that app has been open throughout the day and gives you warnings as you approach that limit. Once the limit is set, the app icon is greyed out and the OS gives you a warning saying you can’t open it until the following day. Of course, you can undo the app timer — it’s not a prison — but it’s a good way to prevent endless scrolling in Instagram and Twitter, for instance.

From the main Digital Wellbeing page, tap Dashboard.
Next to the app you want to limit, tap the arrow next to the words “No timer” and set a limit.

Use the app until your limit.

How to change or disable an app timer

When you butt up against your own app usage limits, the icon will grey out and you’ll get a notification saying that you can’t use it anymore. Of course, you can lengthen the timer if you really want to.

Change the app timer to the number you want. 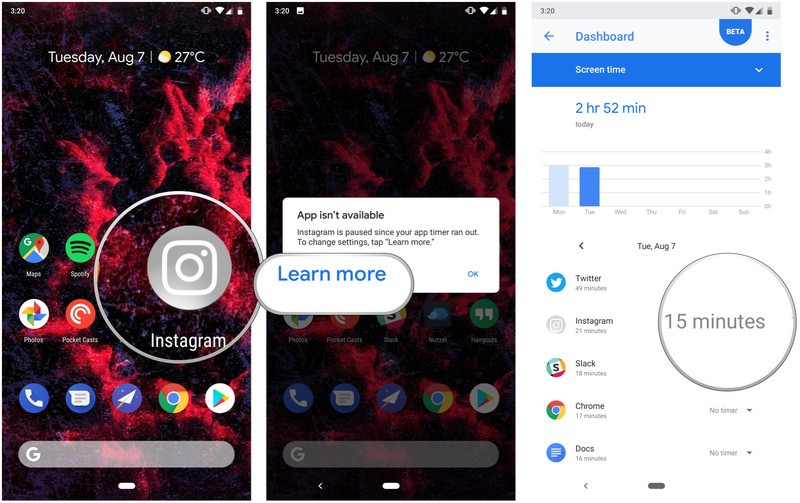 The idea behind Wind Down is pretty interesting. It combines existing Do Not Disturb behavior with the also-existing Night Light feature and, new to Pie, a Grayscale mode that turns your screen monochrome. 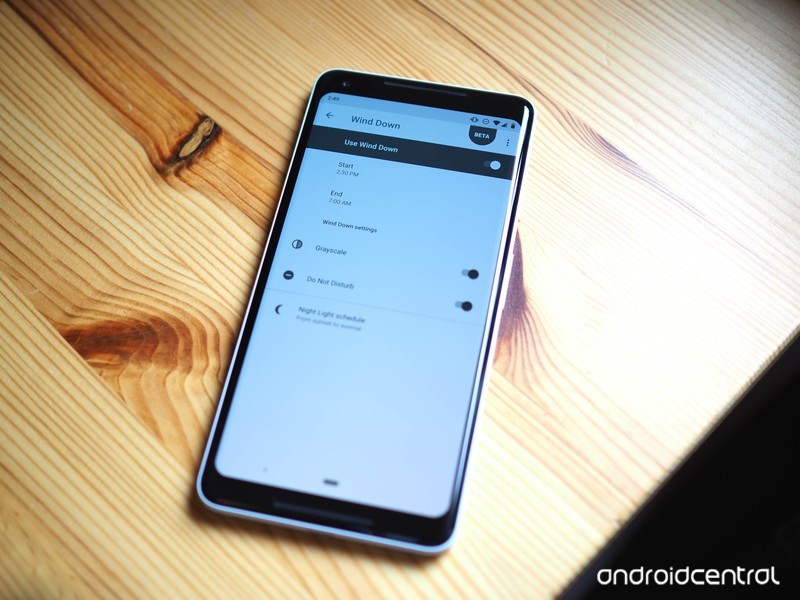 All of these things — fewer notifications, a warmer screen tint, and black-and-white imagery — are meant to make it easier to “wind down” and settle before bed. Here’s how to configure it.

From the main Digital Wellbeing page, tap Wind Down.
Check Use Wind Down to enable it.
Configure the time you want Wind Down to begin and end automatically.

Check Grayscale and Do Not Disturb, which will help calm you down before bed.

Tap Night Light schedule to decide whether you want to tint your screen amber before bed.

Optionally, you can choose to add a Grayscale toggle in your quick settings panel. This is a handy feature for those who might need a touch of color during regularly scheduled downtime, but don’t want to deal with going all the way into the Digital Wellbeing app. Here’s where you can find it:

Simply exit the edit menu to save the change. 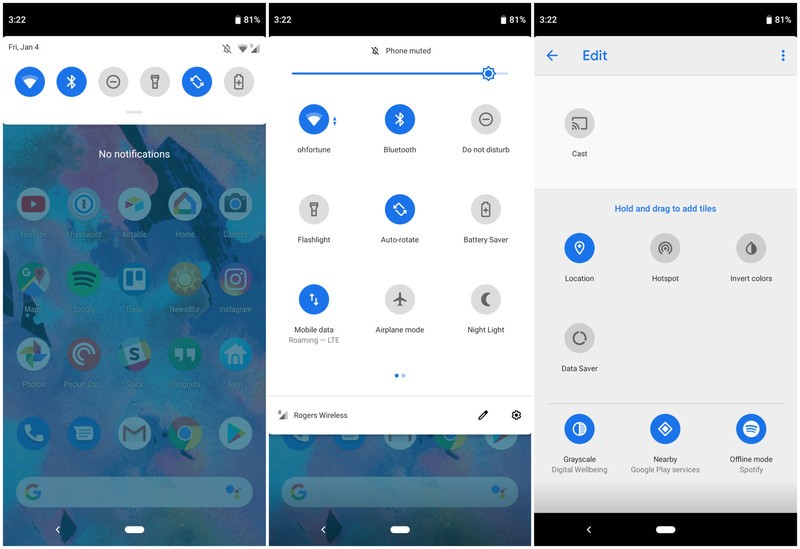 Now, all you’ll need to do to restore color on your phone is to go into your notifications panel and tap the Grayscale icon. Tap it again when you’re done to go back to the muted color scheme. 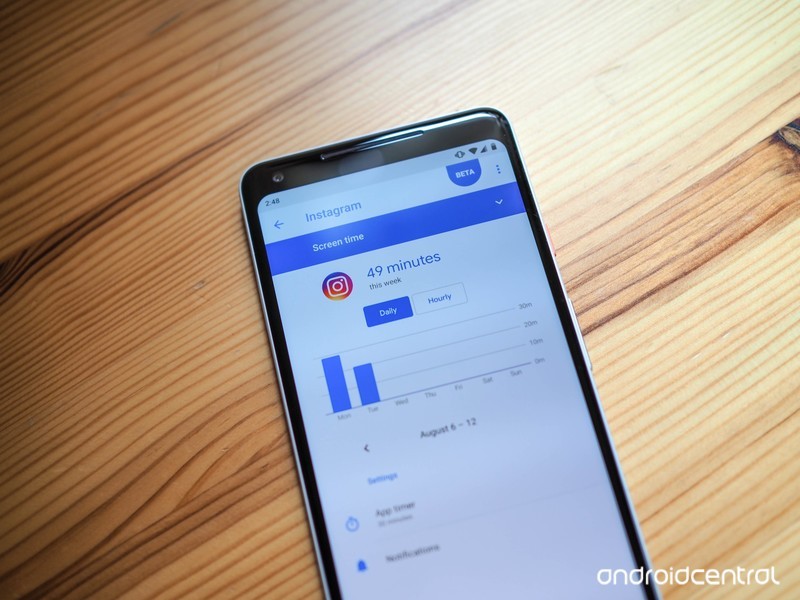 Using your phone less is one of the strategies around Digital Wellbeing. The other is being distracted less when you’re using it, or when you’ve put it down.

One of the major parts of this is managing notifications. The fewer notifications you receive, the less likely you are to get lost in your phone when you only meant to pick it up to check something quickly.

How to manage notifications

In Android Oreo, Google introduced the idea of notification channels, which allow developers to break down the notifications they send you into various categories. The idea was to make it easier for the user to turn off specific notifications without disabling the app’s correspondence entirely.

Next to the app you want to manage, either:

Some notifications, like phone calls, can’t be disabled, but it’s worth digging into the apps that annoy you the most to see whether it’s worth disabling them either partly or entirely. You may realize you don’t need any of them at all.

How to change Do Not Disturb features

Under “Reduce interruptions,” Google has also added a handy shortcut to the Do Not Disturb section, which has been improved for Android Pie. It’s now much more granular than before, allowing you to choose between seeing, but not hearing, notifications when they come in, along with what constitutes an exception.

It’s worth looking into the rules that automatically kick in, too. For example, you can choose to have Do Not Disturb turn on while you’re driving based on the phone’s motion or the Bluetooth receiver it’s connected to.

From the main Digital Wellbeing page, tap Do Not Disturb.
Near the bottom, tap Turn on automatically.

Tap on the rule you want to manage.

You can also set it so that your phone’s Do Not Disturb feature will engage when placing your phone face down. Google calls this “Flip to Shhh.” The concept isn’t exactly new in the world of smartphones, but it’s nice to see it as part of Digital Wellbeing’s standard feature set. Better yet, enabling the feature is pretty easy:

From the main Digital Wellbeing page, scroll down until you see the Reduce Interruptions section.
Tap Flip to Shhh.

Make sure the toggle is in the on position. You’ll know it’s on when the toggle turns blue. 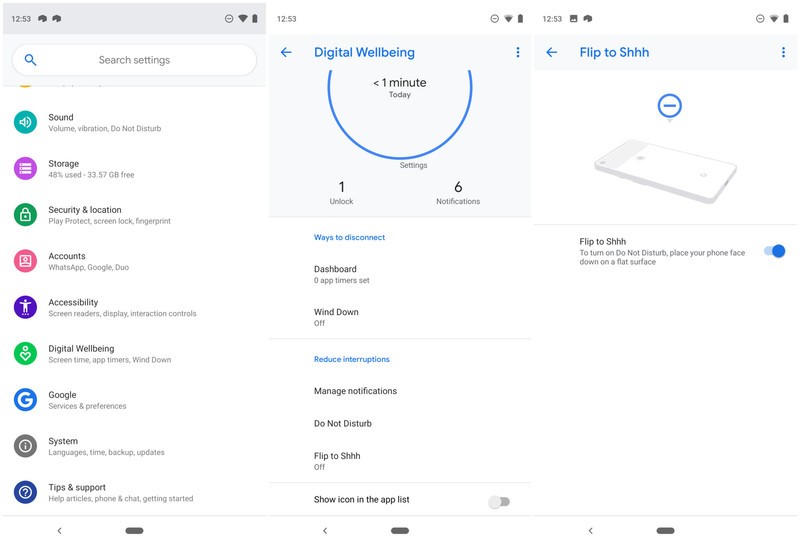 Now, when you turn your phone down on its face, you’ll automatically be spared the hordes of vibrations and ringtones you’re running from. Just make sure you get in the habit of placing your phone down the right way according to your needs.

What’s yet to come? 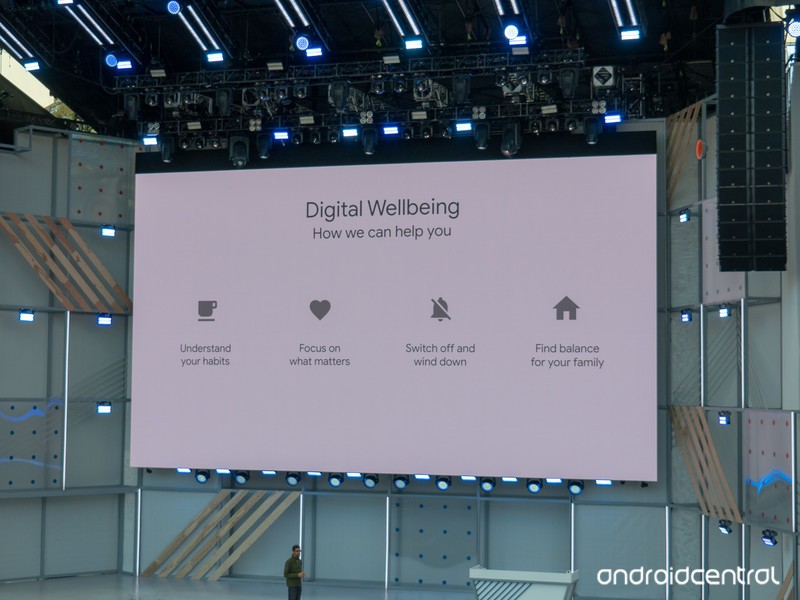 Google also plans to bring its popular Smart Replies feature to Android Pie, making it much easier and faster to respond to an incoming message without picking up your phone.

This will be the last of the initial set of features Google announced with Digital Wellbeing. It’s possible more could be added over time, but for now it’s already looking like a super solid tool to help you have a more pleasant experience on your Android phone.

What do you think of Digital Wellbeing?

This is the beginning of Google’s digital wellness initiative, something that the company, despite wanting you to use your phone as much as possible, thinks will help you strike a better work-life-play balance.

So what do you think of its early incarnation? Let us know in the comments below!