Firefox will disable Flash on its browsers by default in 2019 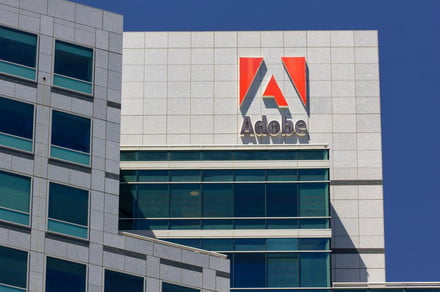 Mozilla will throw another handful of dirt onto the Adobe Flash plugin coffin in September when it disables the long-standing web tool by default. This will be introduced earlier in the Nightly builds for Firefox 69, but won’t reach stable release until the end of summer 2019. This comes ahead of Adobe’s own ending of support for the plugin next year.

Flash has been around in one guise or another since the mid-90s and has been used to create all sorts of interactive content over the years. Coming to prominence during the early 2000s as a tool for creating animations and games, Flash’s influence has since waned due to security concerns. Google’s Chrome browser requires administrative approval to view flash content in the browser and will disable it by default in the upcoming Chrome 76, which is due for release in July, according to ZDnet. Mozilla is simply following suit.

This latest news came to light as part of a bug report on the Bugzilla repository. “Per our Flash (plugin) deprecation roadmap, we’ll disable Flash by default in Nightly 69 and let that roll out,” the note reads.

We don’t have a release date for Firefox 69 Nightly — it’s currently on version 66.01 — but Mozilla’s roadmap suggests that Firefox 69 will be released to the wider public as a stable build in September. This falls in line with Firefox’s previous roadmap plans to provide a warning to Firefox users about flash usage in early 2019, followed by an ending of support entirely in 2020, per GHacks.

Mozilla previously disabled other NPAPI (Netscape Plugin Application Programming Interface) plugins like Microsoft’s Silverlight and Java in earlier versions of the Firefox browser. Google did much the same with Chrome in 2015.

When Flash is disabled, users will need to explicitly activate it in order to view or interact with Flash content. That will require jumping through more hoops than it does now, with Firefox no longer providing any sort of prompt for its activation. This will be the penultimate step in the Flash funeral march on Firefox. When support is officially ended in 2020, the latest versions of the browser will no longer display Flash content at all, no matter what actions the user takes.

Although branches or smaller browsers may continue to support Flash in some guise or another, with no further support from Adobe from 2020 onward either, there will be no further security updates. That would leave Flash viewers and users vulnerable to any newly discovered exploits.


Facebook
Twitter
Pinterest
WhatsApp
Previous articleHMD Global shows us how a slice of Android Pie is baked up
Next articleTrying to Collect Accurate Customer Data? Consider These Helpful Tips!
- Advertisment -