HomeNewsApple’s iPad lineup is confusing. We break it all down
News

Apple’s iPad lineup is confusing. We break it all down 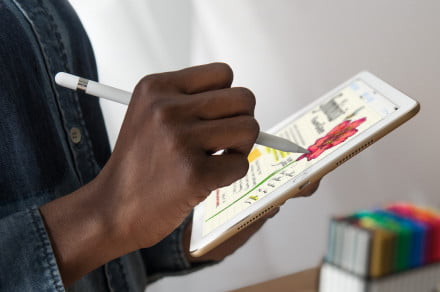 So you’ve decided to buy a new iPad. Not only that, you’re ready to drop some serious coin for Apple’s newest model. But which one is the new one, exactly? To the untrained eye, they can sometimes look nearly identical. Recently, however, there have been some major changes.  We break down all the newest devices in Apple’s iPad lineup, and what makes them stand apart from one another. To see which one’s for you, see our iPad buying guide.

Latest generation for each iPad category

Before we dive in, here’s a quick summary of what generation the latest iPads are in each category.

If you’ve got your eyes peeled for a small, handheld iPad, unfortunately “new” isn’t an option for you. Apple’s most recent miniature tablet came out in 2015, and as such it’s quite a bit behind its brethren with regards to specs and internals. The iPad Mini 4 sports a 7.9 inch screen and houses Apple’s A8 chip. It has pixel density of 326 pixels per inch (ppi), which is plenty for its size.

For security, you’re stuck with TouchID. In a world where facial recognition is quickly becoming the newer, faster, and more secure method of device protection, some might be disappointed by this. Still, there are those who prefer these simpler days.

As the name suggests, it’s the fourth-generation of the iPad Mini series. It’s not the freshest tech by any stretch, but if you’re looking for something extremely portable and affordable to browse the web, use social media, e-mail, read, or play casual games on, this little iPad will get the job done with ease.

Thankfully, the newest 9.7-inch iPad is considerably less neglected. This sixth-generation iPad released in 2016 and was recently updated last year; it’s leagues ahead of the iPad Mini 4 in terms of tech. For starters, it’s powered by Apple’s A10 Fusion processor with an embedded M10 coprocessor, which is a jargon-laden way of saying it’ll comfortably carry you through everyday tasks.

For audio, the iPad 9.7-inch relies on bottom-firing speakers that don’t sound as loud or fill the room as well as its larger siblings. If you want to watch a lot of movies or listen to music headphone-free, you may want to pass on this one.

The 9.7-inch is the smallest and cheapest iPad that offers Apple Pencil compatibility. To be clear, you’ll need the first generation Apple Pencil, which charges via the lightning port at the bottom of the iPad. It looks ridiculous, but thankfully you’ll only need to plug it in for 15 or so seconds to reap an impressive 30-minute charge.

At just under an inch larger, the iPad Pro 10.5-inch offers a couple unique advantages over the 6th-generation iPad. That extra screen real estate adds only a half-ounce of weight, an admirable feat to be sure. The bezel is also noticeably slimmer than that of the 9.7-inch, which makes watching shows and movies considerably more enjoyable.

This time there are a total of four speakers, two each on the top and bottom respectfully. The end result is superb, powerful audio that finally breaks free from the tinny sound the smaller models became known for. This is also a far more powerful tablet, being powered by the A10X processor.

Just as with the 9.7, be sure to pick up the original Apple Pencil if you plan on drawing or taking notes regularly. This is the second-generation iPad Pro.

We’ve finally made it to Apple’s newest and most impressive iPads to date, and these are strikingly different from the others. With one glance you’ll notice the third-generation iPad Pro devices have a completely new look. Aside from simply being larger, the newest iPad Pro devices have the thinnest bezels yet, with equal width on all sides. Gone is the design language we’ve grown so familiar with, replaced with a cleaner, more modern aesthetic.

Apple has dressed up the internals as well, equipping the iPad Pro with its high-end A12X Bionic chip that breezes through any heavy app or multitasking  challenge you throw at it.

The charging port has received a drastic overhaul as well. The Lightning port has been replaced by a USB Type-C port, a welcome change that allows for much greater versatility and compatibility with accessories, including (but not limited to), external monitors and an ethernet adapter in our testing. Magnets along the top edge in portrait mode now enable you to wirelessly charge your second generation Apple Pencil in a much cleaner and more practical fashion.

Not all news is good news though, as like the iPhone, there’s a distinct lack of a headphone jack. It would seem the once ubiquitous port continues to fade into oblivion. To use wired headphones with this iPad Pro, you’ll need to purchase a USB Type-C headphone adapter. Welcome to the future.

Lastly, we have to mention the price. These are by far the most expensive iPads ever. Starting at $799 for the 64GB WiFi 11-inch and skyrocketing all the way to $1899 for the 1TB cellular 12.9-inch model, this beauty clearly comes at a premium.

That aside, if it’s biggest and most powerful tablet in the world you’re after, look no further than the new iPad Pro. It’s so powerful, you may finally be able to leave the laptop at home.

There are other iPads available you can purchase from other retailers, but these are what Apple currently sells on its website. Eight years after its initial launch, sifting through each size and model to determine what iPad to get has become an arduous chore. We hope this guide will help you make the right decision when purchasing what’s objectively one of, if not the best tablet you can buy.