HomeNewsYou’ll soon be able to run Windows and Chrome OS on your...
News 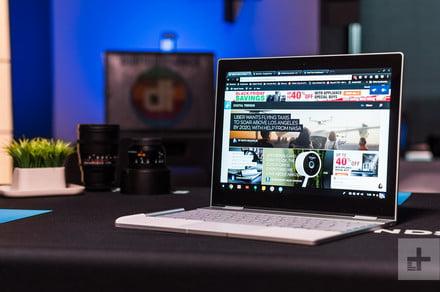 Chromebooks may soon sport one of the most requested features of the Chrome OS platform: dual booting. The option to switch to a Windows or alternative operating system install on a Chromebook is thought to be under development at Google with the name Project Campfire. A number of new commits in the Chromium repository suggest that its development is far along and Chromebook users the world over may soon be able to take advantage of it.

One of the downsides of Chromebooks is that as great as Chrome OS is, it’s not as fully featured, nor does it have the same breadth and depth of applications, as Windows does. Although most Chromebooks lack the hardware to deliver a snappy Windows experience with decent battery life, some can support such an experience, and those could be fantastic candidates for a dual-boot system. Google’s own Pixelbook line would be a great place to start, which is one reason that it appears to be testing the new feature on “Eve,” the code name used for its original Pixelbook.

The new feature is said to be called Dual Boot, although certain commits still refer to Google’s internal name for the project: Alt-OS, as AbsoluteChromebooks explains. Commits discuss adding this “Alternative OS mode” to the Pixelbook, as well as hashing out the security requirements switching operating system would need to consider.

These commits suggest that Google has a functioning Pixelbook that can dual boot between Windows and Chrome OS without compromising security. It also suggests that the Pixelbook’s hardware is capable of running Windows without too much difficulty. That may mean that only premium Chromebooks will be able to fully take advantage of this feature, but it may also be that the Pixelbook is just a good starting point for testing since it’s a Google developed product.

When this will be officially announced is another question entirely. It’s possible that Google will push some form of announcement through its partners at CES 2019 in January. As AbsoluteChromebooks notes, that’s typically how the company likes to do things, especially at that particular show where it has never had a stand of its own. Otherwise we may be waiting for one of Google’s own events scheduled to take place later in the year.