Home News You forgot all about these 5 phones of 2018. Prepare to forget...
News

You forgot all about these 5 phones of 2018. Prepare to forget them again 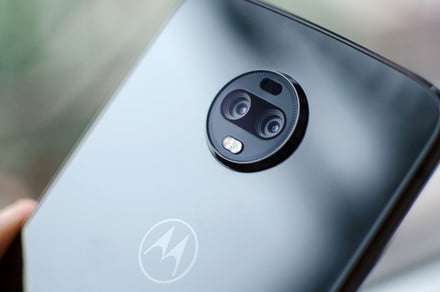 This is basically how the conversation went.

“Let’s round up all the forgettable phones from 2018, seeing as there have been so many great ones”

“Awesome. What about the …”

“I remember that other phone which had the … you know, that thing.”

Why did recalling these phones require such effort? Maybe it’s age, or that there have been way too many excellent phones in 2018, which have rightly filled up our brains. Or maybe, we’ve forgotten these phones for a very good reason. Here, after pushing our memories to the very limit, are five phones that 2018 has forgotten before the year has even finished.

Forgettable phone number one was announced in May and caused quite a stir for the first weeks, but not in a good way. The phone swapped trusty, reliable physical buttons for stupid, unreliable digital buttons. It’s the perfect example of an “innovation” we would rather forget. The glass back of the phone, and the shimmering colors, went towards saving the U12 Plus, but when Huawei, Vivo, Oppo, Xiaomi, and Samsung are all doing it as well, it’s not quite enough to get the synapses firing six months after it went on sale.

What has HTC been up to since? Surely it has excited us with a better phone? The mid-range HTC U12 Life, and the HTC Exodus are its only subsequent 2018 launches, and we’re in danger of not only forgetting the phones, but HTC itself.

Without looking the answer up, what are the differences between these three LG phones, all released in 2018? Not easy is it? The answer isn’t important, actually, because the differences are so minimal most people won’t need to know. Worse for LG, most people didn’t care either. The floors at LG’s offices are paved with V-series and G-series smartphones that didn’t stick when thrown at the wall. These three may have stuck on the wall, but not in our memories, simply because none standout from each other as the obvious “one-to-buy.”

While the HTC U12 Plus was forgetful because it wasn’t very good, the LG phones here are forgetful because they’re a bit boring. The screen lights up, the camera takes pictures, and the battery needs charging. We’ve used them all, but can’t remember one aspect that makes any uniquely an LG phone.

The Motorola Moto Z3 is a decent phone with a competitive price. Why have we forgotten? The design is hardly exciting — not Motorola’s strong point — and it’s not really any different to the Moto Z3 Play, but those aren’t crimes. Everyone who isn’t a Verizon subscriber will have instantly forgotten, because it’s exclusive to the carrier, a genuine crime for those with signatures on the deal.

Then it has the tech equivalent of that memory-wiping pen from Men in Black: A feature that you can’t use for at least another six months. You will be able to buy a 5G-capable Moto Mod in the future, and connect it to a network that currently isn’t available to the public. What a selling point for a phone on sale today.

We’re not forgetting the Moto Z3 because it’s faceless, we’re forgetting it because the one reason Motorola thinks it’s cool is something nobody can even try yet. If we can’t do that, why should we think about it? It’s not like 2019 is going to be bereft of 5G phones, by which time the Moto Z3 will be buried beneath the sands of time anyway.

Why have we forgotten the Xperia XZ2 and XZ2 Premium, which are arguably Sony’s most exciting phones, visually and technically, for a while? It’s because the Sony Xperia XZ3 came out just a few months later, with newer software, some interesting niche features, and an OLED screen. It doesn’t have the dual camera from the XZ2 Premium, but in our review, it wasn’t a major downside.

Are we saying the Xperia XZ3 is memorable? No, not really. It’s just newer. Sony’s forgetable-ness is the same as LG’s problem, too many phones being announced that are too similar to each other, and none of them as good as those from the competition. So, um. What was it we were talking about again?

You’ll note the Xperia XZ2 Compact is not in this list, because small phones with flagship-level specs and features are hard to come by, and it’s genuinely unique and memorable.

It’s not us that wants to forget the OnePlus 6. After all, it was good in March and it’s still good in December, and will continue being good for many more months. It’s OnePlus that wants you to forget, because the OnePlus 6T is here, the latest in its breakneck, biannual phone release schedule. The 6 has become a distant, blurry memory already, and soon it will be wiped from OnePlus’s website too. Go to the U.S. OnePlus store, and it’s entirely out of stock, mere months after it was announced.

The thing is, around March 2019, OnePlus will want you to forget all about the OnePlus 6T as well, because the OnePlus 7 will be almost ready. Our forgetfulness is key to the company’s continued survival.

Did we, um, forget any? If you can remember any forgettable phones from 2018, then let us know. Unless they’ve slipped your mind. Like the … um … no, wait, it’ll come to us …

Daniel Bader is joined by analyst Anshel Sag and our own Android Central writer, Nick Sutrich, for a special episode
Read more
News