HomeSoftwareTwice as many publishers earned first million on Apple App Store vs...
Software 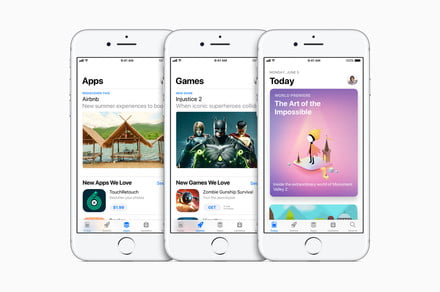 Apple’s App Store has consistently earned more money for publishers compared to the Google Play Store, and Sensor Tower’s new report reveals that they have a better shot at earning their first million on the App Store compared to Google Play.

In terms of U.S. publishers who earned their first $1 million in net revenue, the number was nearly double for the App Store compared to Google Play in 2018, according to Sensor Tower’s Store Intelligence data. A total of 164 publishers achieved the milestone on the App Store, compared to only 88 on Google Play.

The gap was nearly the same last year, when the App Store created 143 first-time millionaire publishers compared to only 71 on Google Play. However, the number only grew by 15 percent for the App Store, lower than the 24 percent increase for Google Play.

Unsurprisingly, the majority of new millionaire publishers on both digital stores were in the gaming category. However, there is a major difference in the breakdown of apps on the App Store compared to Google Play.

The Games category has contributed about 60 percent of the U.S. App Store’s revenue, and 54 of the 164 new millionaire publishers this year, or about 33 percent, were focused on gaming. However, that percentage has declined by 10 percent from last year, as more millionaire publishers came from other categories. The Lifestyle category saw its share grow from 5 percent to 10 percent, while the Health & Fitness category increased from 6 percent to 12 percent.

App downloads and revenues have continued to grow for both iOS and Android users, which has been great news for app publishers and developers as they are making more money. Apparently though, they should expect to earn their first million on Apple’s App Store, compared to the Google Play Store.