HomeNewsThe best drones for kids and the young at heart
News

The best drones for kids and the young at heart Whether you’re buying a drone for a kid — or really anyone who has never owned a drone before — there are a few considerations you want to keep in mind: cost, size, range, and durability. If you’re buying for a young one, you’ll definitely want to keep the first three down but that will invariably also affect the drone’s durability as well. Crashing is part of the learning process, so all of our options include built-in blade guards. These are what you’d consider toy drones, but they’re super fun to fly — especially the EACHINE E10 which is really affordable and fun as hell to fly around the house.

We’ve listed our favorites starting from the smallest and cheapest options along with the Tello drone that’s more of a full-fledged camera drone — ideal for older kids interested in aerial videography or drone racing as a hobby. Note that these drones are all recommended for ages 14 and up. Looking for more substantial drones? Check out our article on the best drones under $300 or the best camera drones if price is no object. 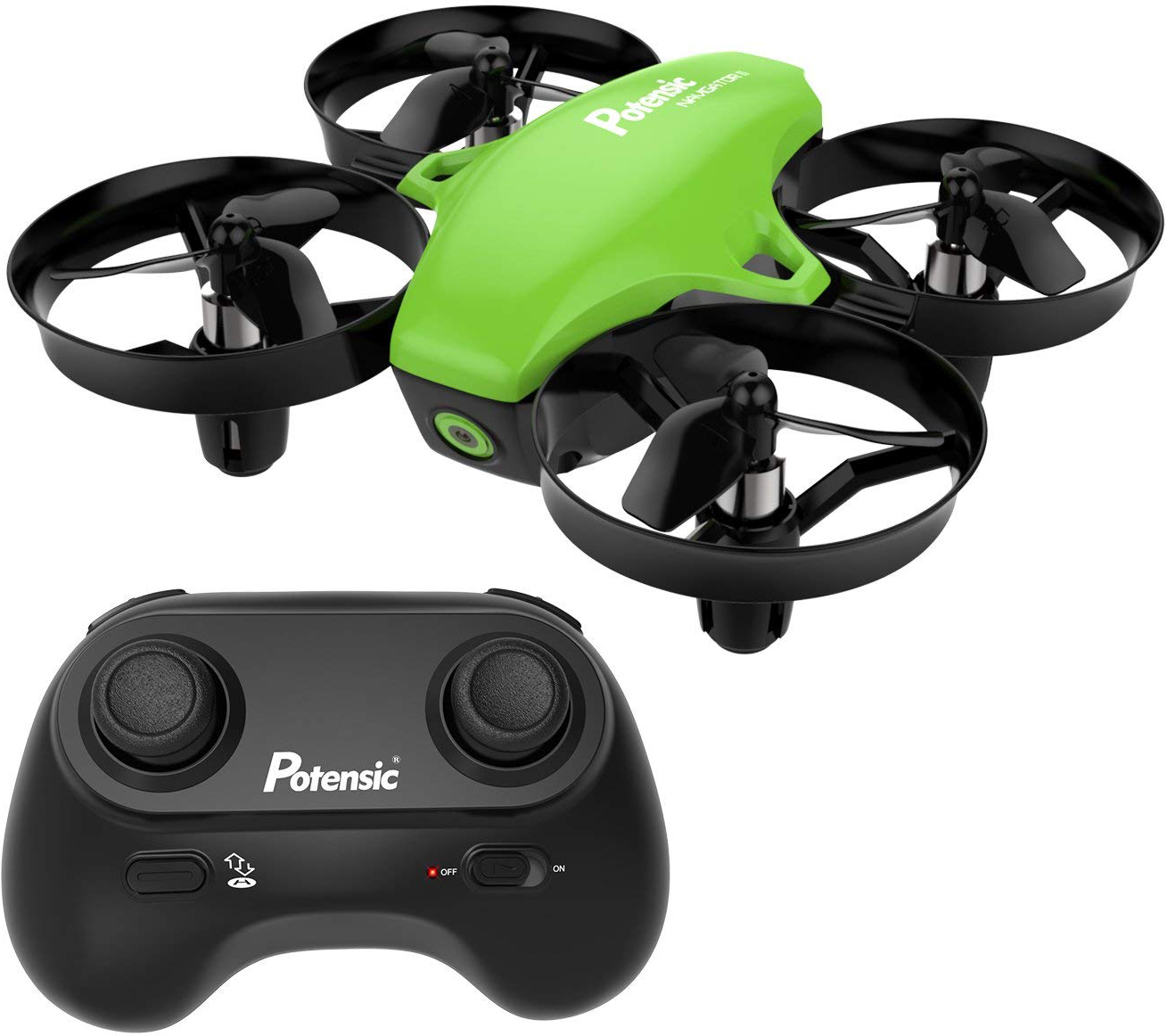 This pocket-sized drone is basically the definition of a kid drone at just under 2 inches across. It comes ready to fly out of the box, with a USB cable for charging and a simple kid-friendly controller. You’ll get about five minutes of flight on a fully-charged battery, with just over 50 feet of range from the controller.

The EACHINE E10 Mini Quadcopter is a perfect little drone for kids, featuring a simple, kid-size controller and everything your kid needs to practice drone flying. Despite its small size, this drone includes some impressive features, including one-button 360-degree rolls and a return home function built into the directional control stick. 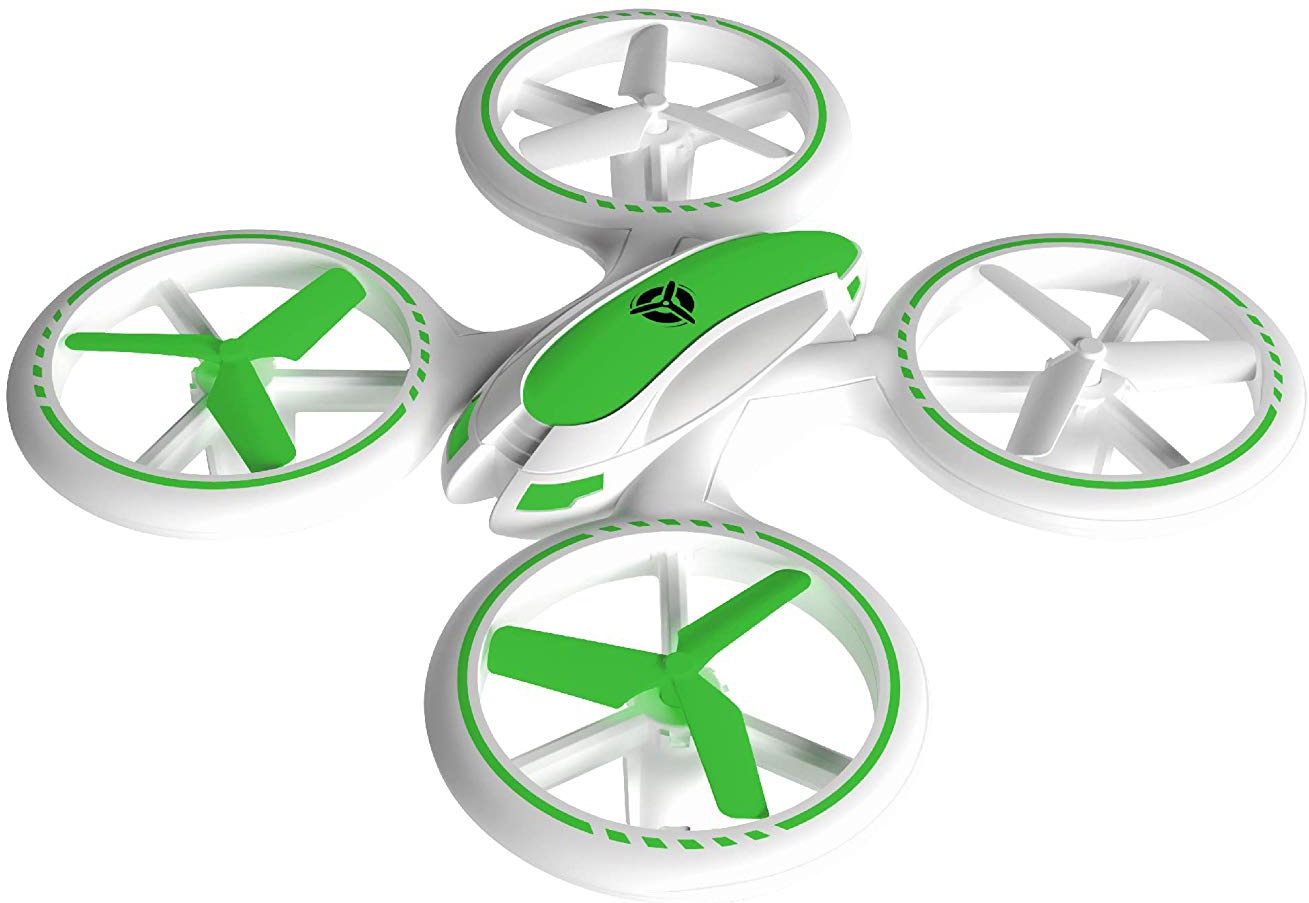 The UFL 3000 LED Drone keeps your blades fully protected with a bumper that includes bright LEDs. Two batteries ship with this drone, with flight times averaging around seven minutes on a full charge.

DJI on the inside 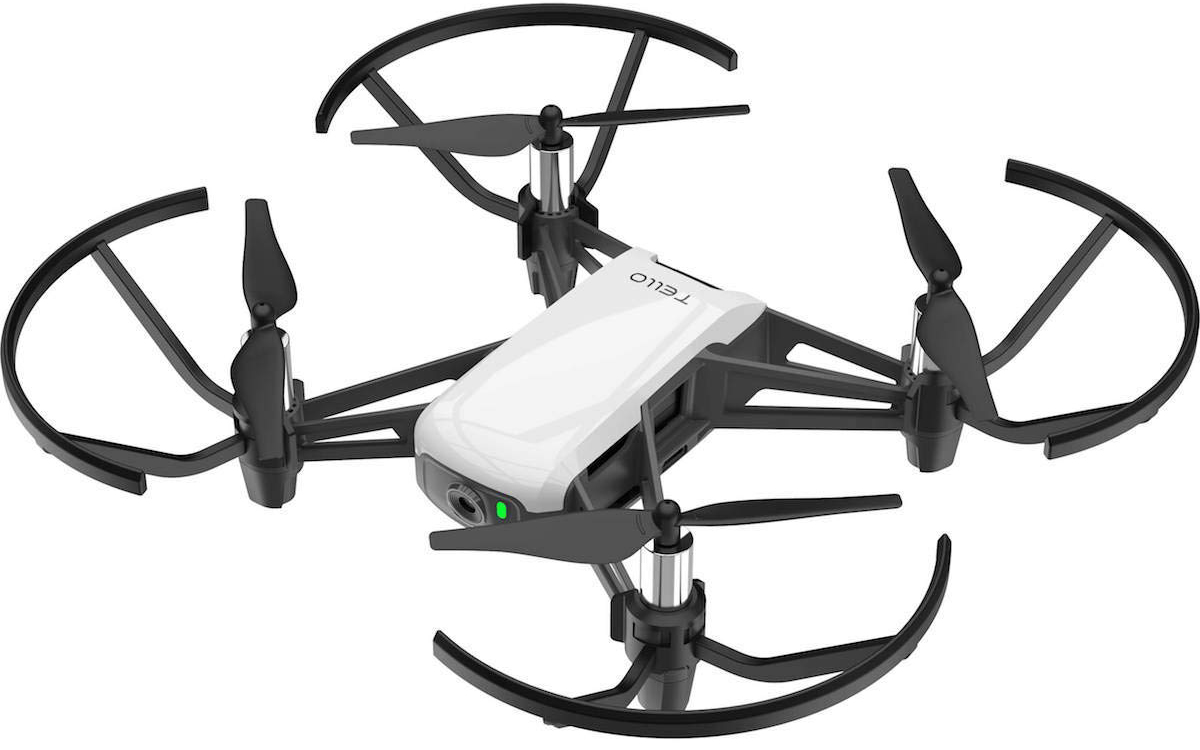 If the Tello quadcopter looks closer to what you’d expect from a DJI drone, you’ll be happy to know that it’s actually built on DJI’s flight tech. It also features a 5MP camera that can shoot 720p video. It’s a palm-sized drone that really delivers. 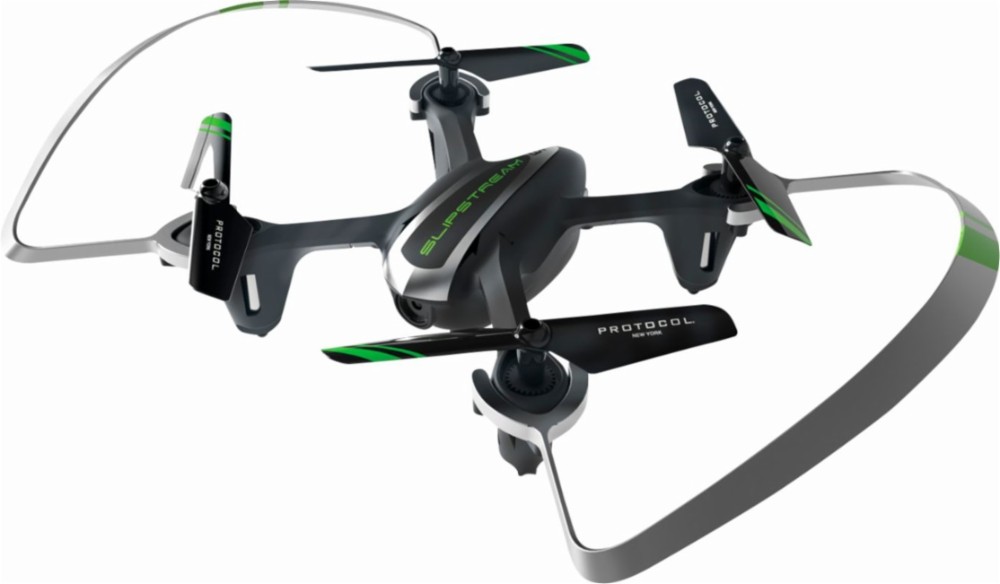 The first thing you notice and appreciate about the Protocol Slipstream drone is the crash-resistant propellor guards that provide good bump protection around the sides of the drone. The size also makes this an ideal drone to be flown indoors or at low altitudes outside. 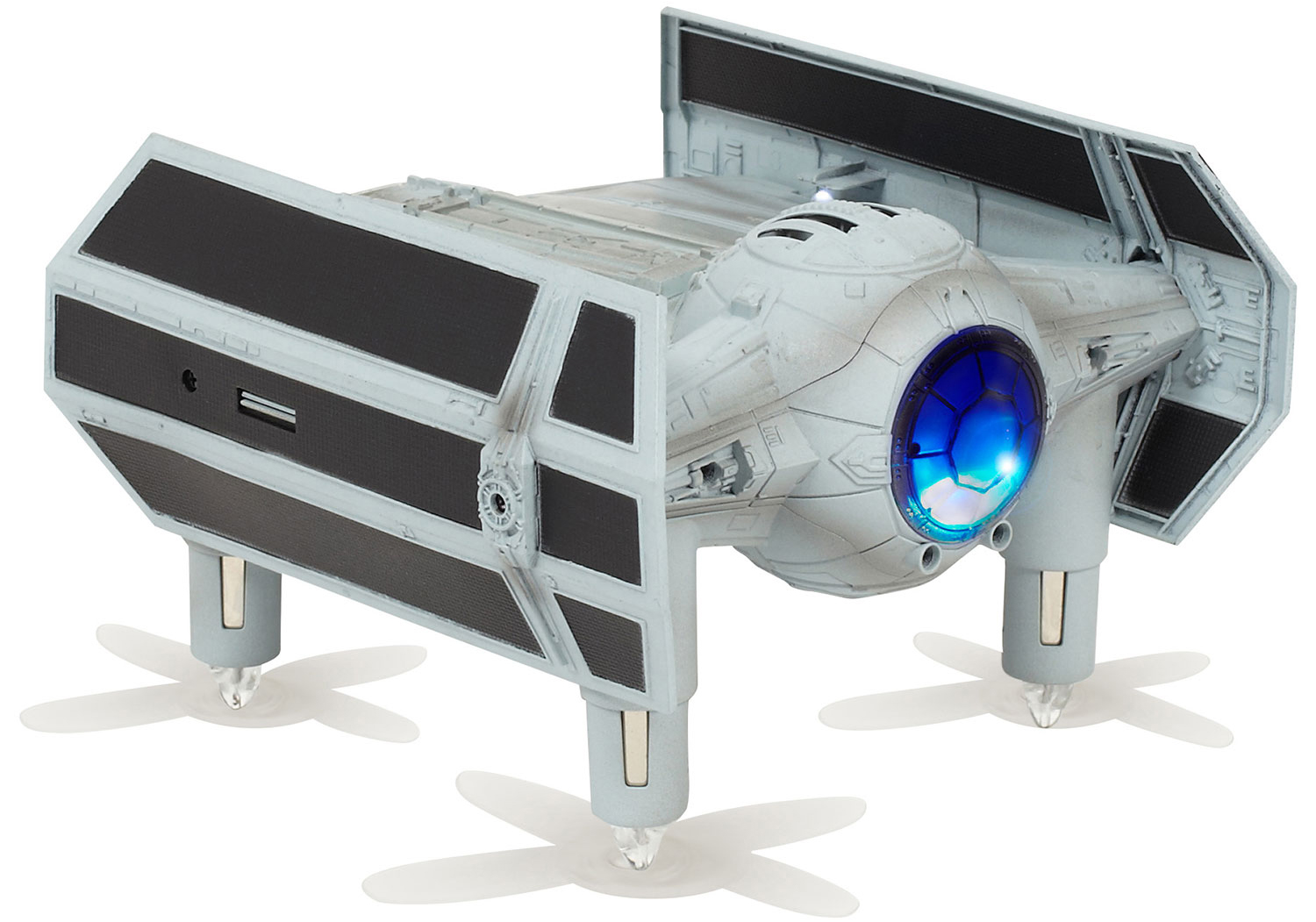 These cool Star Wars drones were deeply discounted during Black Friday, but some local retailers like Walmart and Best Buy might still have stock, so it’s worth calling around. There are three styles to hunt down: Vader’s Tie Fighter (linked below), Skywalker’s X-Wing, and a speeder bike.

These smaller drones are especially fun to fly indoors, as the blade guards keep the propellers safe from damage — and also protect the things the drone might crash into. If you can track them down, the Propel Star Wars drones are fantastic but avoid spending more than $100 on them because they sell in stores for around $60 these days.