HomeNewsT-Mobile is giving away free iPhone XRs and Galaxy S9s for the...
News 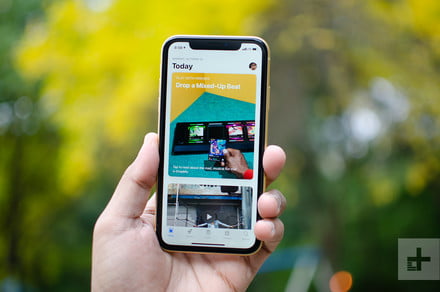 Looking for a new device but don’t want to pay the money for one? T-Mobile has the deal for you. The company launched a new deal for the holidays that will give you an iPhone XR for free when you activate two lines and trade in an eligible device. That’s not bad at all, especially for those that were thinking of activating a few new lines on T-Mobile anyway.

There are a few terms and conditions to the deal, as you would expect. For starters, the discount to the phone is applied to 36 months of bill credits, meaning that it will take three years for the phone to be fully yours and fully free. Last but not least, you have to trade in an iPhone to get the deal — and qualifying models include the iPhone X, iPhone 8 or 8 Plus, iPhone 7 or 7 Plus, or an iPhone 6s or 6S Plus.

The iPhone XR deal isn’t the only one T-Mobile has going. The company also has another similar deal for the Samsung Galaxy S9 where you need to trade in a recent Samsung Galaxy phone, Google Pixel or Pixel 2, LG V20, G6, or later, OnePlus 5 or later, or a Moto Z2. Like the iPhone deal, the discount will be applied over 36 months, but if you’re in the market for a new phone and plan on keeping it for a few years, it’s a great deal.

Next up is a deal for the OnePlus 6T, which is OnePlus’ latest and greatest device. This deal is different than the iPhone and Galaxy S9 deals in that the credits are applied over 24 months, not 36 months — so if you’d rather stick to a two-year upgrade cycle than a three-year one, this might be a better deal for you. For the OnePlus 6T, you can trend in any of the same devices as for the Samsung Galaxy S9.

Last but not least is a deal for either the LG V40 or LG V7. For the LG V7, credits are applied over 24 months, while for the V40, credits are instead applied over 36 months — which might be an important factor to consider for some. With this deal, you’ll be able to trade in any of the phones mentioned in the Galaxy S9 deal, which is a solid list.

No matter what device you prefer, it looks like T-Mobile has a pretty good deal for you. Of course, you have to be comfortable activating two new lines on the carrier, but if you were going to do that anyway, then these deals are definitely worth keeping in mind.