HomeNewsStarbucks teams with Uber Eats for delivery from 2,000 of its U.S....
News

Starbucks teams with Uber Eats for delivery from 2,000 of its U.S. stores 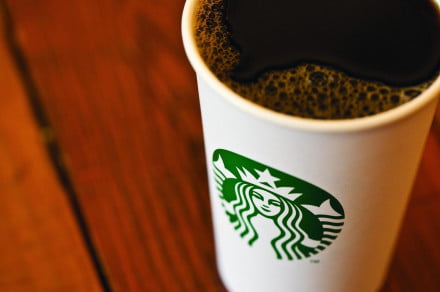 Desperate for a Starbucks iced white chocolate mocha but can’t make it to the store? Well, starting early next year, there’s a chance Uber Eats could save the day.

The coffee giant has announced a partnership with Uber Eats to deliver drinks and snacks from 2,000 of its stores across the U.S. — that’s a quarter of all of its outlets in the country.

The move follows recent testing of a service called “Starbucks Delivers” in Miami, as well as more extensive trials further afield in China where Starbucks used an Alibaba delivery unit instead of Uber Eats.

Starbucks already has a deal with Postmates for deliveries from some of its stores, with the Uber Eats partnership set to expand the coffee chain’s service to more customers in additional locations.

If you live close to one of the 2,000 Starbucks outlets, you can place an order using the Starbucks or Uber Eats app. Specific details about the service aren’t currently clear, though Miami.com recently used the Uber Eats and Postmates services to see how their prices compared. Here’s what it found when it ordered a tall caramel frappuccino, the most popular order from Starbucks’ Uber Eats trial in Miami:

That puts Uber Eats well ahead in terms of price, though Postmates could well make changes now that it has some competition to deal with.

Uber Eats launched in 2014 (as UberFresh), starting out as a lunchtime-only meal delivery service in San Francisco, New York, Los Angeles, Chicago, and Austin. At first, the service operated via Uber’s ridesharing app, but in 2016 it released a stand-alone Uber Eats app and has since expanded the service to more cities across the U.S. and overseas.

Interested in trying out a meal and drink delivery service? Digital Trends has put together a useful list of some of the best ones available today.