HomeNewsMicrosoft rumored to be working on 4K webcam for Windows 10, Xbox...
News

Microsoft rumored to be working on 4K webcam for Windows 10, Xbox One 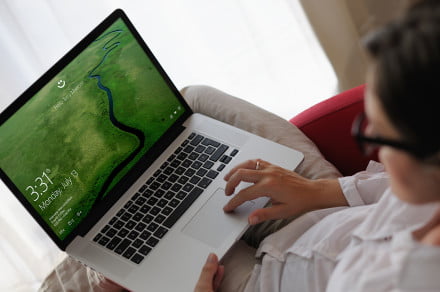 Microsoft is rumored to be jumping back into the webcam industry in 2019, with at least one of the products in development being a 4K webcam that will work with both Windows 10 PCs and the Xbox One.

The 4K webcam will support Windows Hello, and will bring back a feature last seen in the discontinued Kinect for Xbox, Thurott.com reported, citing two separate sources.

Windows Hello, which is fast and easy to set up, allows users to sign in to their Windows 10 devices using biometric data such as fingerprints or facial recognition.

There are already several Windows Hello webcams out in the market that enable the facial recognition feature of the security system. The rumored 4K webcam, however, will be the first standalone Windows Hello camera from Microsoft, as the company has so far only provided the feature through built-in webcams in Surface PCs. It will be interesting to see how the new device will differentiate itself from the other available Windows Hello webcams.

The 4K webcam, when used with the Xbox One, will provide a Kinect feature that many gamers are missing. Users will be able to automatically sign in by simply moving into the sight of the camera. This will also work with multiple users, so friends and family will be able to join in the middle of a game.

The feature was one of the major uses of the Kinect accessory, which was discontinued in October 2017. The final nail in the coffin was driven in January, when the Kinect Adapter, which connected the camera to the Xbox One S, Xbox One X, and Windows PC, ceased production.

The upcoming Microsoft webcams may be somehow connected to the new USB-C-based webcam that will be released alongside the Surface Hub 2 next year, Thurott.com added. The second-generation device will feature multiple USB-C ports, and users will be able to mount a single camera in any location, or more cameras on several locations. A source told Thurott.com that one of the new Microsoft webcams will be enterprise-focused, so there is a possibility that the mentioned webcam is the one that will be used with the Surface Hub 2.