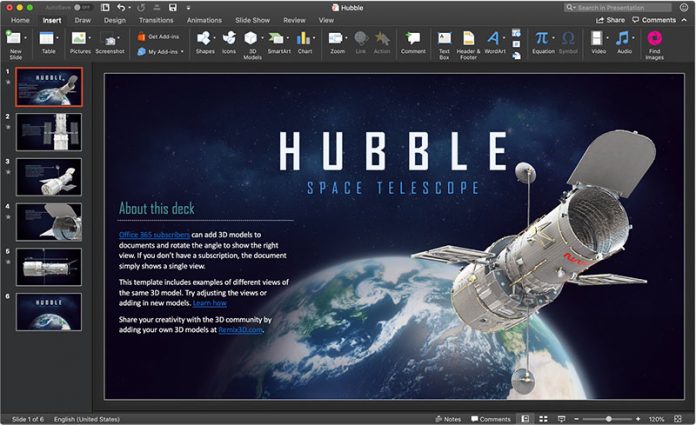 Microsoft today updated its suite of Office for Mac apps, including Word, Excel, PowerPoint, and Outlook, with support for Dark Mode on macOS Mojave and several other new features. The updates are available to both Office 365 subscribers and to users who purchased Office 2019 for Mac as a one-time purchase.

The update also makes it easier to insert a photo from an iPhone or iPad into a PowerPoint slide using Apple’s new Continuity Camera feature. This allows users to control-click in a PowerPoint window where you want the photo to appear, quickly take a photo on a nearby iPhone or iPad, and import it into a slide.

And with v16.20 some customers will see our Ribbon Visual Refresh with new icons and styling in Office 365 for Mac, as we begin rolling out and getting your feedback! On macOS Mojave, the new icons adapt to Light and Dark Mode as well! #Office365 pic.twitter.com/2iLdWNx7qD

Office for Mac apps can be updated via the Microsoft AutoUpdate mechanism by navigating to Help > Check for Updates in each app. For a full list of new features, read the Office for Mac version 16.20 release notes.

Tags: Microsoft, Microsoft Office
Discuss this article in our forums