HomeNewsJust imagine if these wacky ‘Apple products’ launched in 2019
News

Just imagine if these wacky ‘Apple products’ launched in 2019 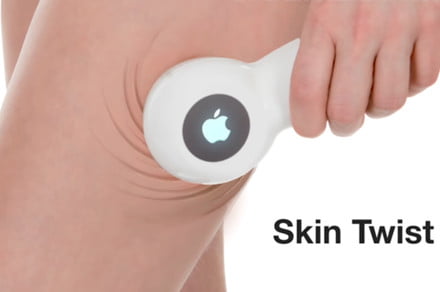 YouTuber Bad Lip Reading (BLR) likes to “put words into other people’s mouths,” and clearly has a fun time doing it.

BLR’s latest effort is a hilarious recreation of an Apple product launch, with CEO Tim Cook and executive Craig Federighi waxing lyrical about a bunch of new Apple products that, let’s be honest, have absolutely no chance of ever seeing the light of day (except, perhaps, “Handsome Anthony”).

The edits are clever, the products are bonkers, and the lip syncing using spot-on Tim-and-Craig impersonations is simply perfect.

First up is the exquisite “Apple Skin Twist” that, as its name cleverly suggests, “twists your skin.” And if you leave it pressed up against your leg for long enough, Cook promises it’ll make “50 percent more flaps.” With a pitch like that, who wouldn’t want this awesome gadget? Maybe Apple can be persuaded to make it.

Next up, Federighi hits the stage to unveil the wonderfully named “Lickamaforbus,” which, he confirms, is not a sex robot, but rather “a plant-based guitar” that also comes with “walnut spores.” The audience, just like all of the audiences at Apple launch events, absolutely loves the Lickamaforbus, showing its appreciation with heartfelt clapping and cheers.

BLR’s skit also sees the tech colossus branch out into food items, among them “Apple Wings” that feature “bold new flavors.” Watch the video (above) to find out their ridiculous names. There’s also “Apple Toast,”described by Cook as “a magnificent cinnamon toast.”

The presentation goes a little awry at the end, with a lonely-looking Tim Cook the only person in the entire auditorium applauding yet another utterly absurd gadget.

Apple’s global prominence makes it a popular target for satirists and comics looking for a laugh. For example, the company’s decision to ditch most of the ports on its 2016 MacBook Pro irked many consumers who’d been waiting for the launch of the updated laptop, with one guy on YouTube creating a brilliant subtitled skit where an “Apple engineer” explains why it made the controversial move.

Others include CollegeHumor’s explanation as to why Apple launched the now-defunct $10,000 Apple Watch Edition, and a song by an Apple customer frustrated with his MacBook Pro’s sticky keys.

Even Conan O’Brien has had a pop at the company, making fun of the AirPods in a spoof ad shortly before the product launched in 2016.