HomeNewsIt will soon be much easier for tiny satellites to transmit images...
News 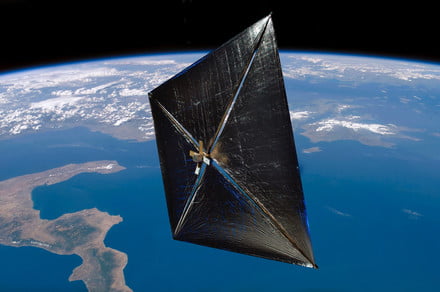 For the past two decades, CubeSats have been redefining our notion of what constitutes a satellite. Far from the school bus-sized hunk of metal that constitutes a classic communications satellite, CubeSats are miniaturized satellites made up of multiple 10×10×10-cm, cube-shaped units. They are both more affordable to build and launch than their gigantic older siblings — and oh yes, they use off-the-shelf components, too.

CubeSats make some pretty exciting applications possible — such as watching Earth in almost real time and feeding the images back to us. However, the diminutive size of the satellites can work against them. While we want to use them to take massive amounts of video and still images, they don’t have room for big antenna dishes or much available power from their small solar powers and batteries. As a result, it’s difficult to transmit data from the CubeSats back down to Earth.

To help solve this problem, researchers from MIT have tested adding a tiny Micro-Electro-Mechanical Systems (MEMS) steering mirror onto the small satellites. This allows the CubeSat to precisely point the laser beam to the ground station. While it has not been demonstrated on a CubeSat in orbit yet, the team has constructed the system in the lab and shown that it can meet requirements.

Among other improvements, the results should include higher resolution images and video, while requiring the use of less onboard power to get data back to Earth. In practical terms, this means that every time a CubeSat passes above a ground station, it should be able to downlink thousands of images, rather than just a few. It also opens up new possibilities for hyperspectral images, in which enormous images are taken, comprising many wavelengths.

“We have worked through the practical challenges, [had] a flight unit developed, and are looking forward to the upcoming chance to test this technology on orbit as a demonstrator for the NASA CLICK (CubeSat Lasercom Infrared CrosslinK) mission,” Cahoy said.

A paper describing the project was published in the journal Optical Engineering.


Facebook
Twitter
Pinterest
WhatsApp
Previous articleGoogle Pixel 3 XL vs. Samsung Galaxy S9+: Which should you buy?
Next articleZSpace’s laptop brings education to life with its own 3D technology
- Advertisment -