HomeNewsHow A.I. will change your world in 2019, for better or worse
News

How A.I. will change your world in 2019, for better or worse 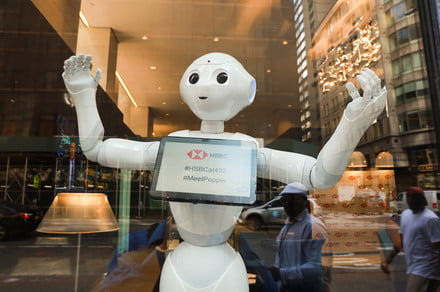 In the last decade, artificial intelligence has gone from a science-fiction dream to a critical part of our everyday lives. We use AI systems to interact with our phones and speakers through voice assistants like Siri, Alexa, and Google; cars made by Tesla interpret and analyze their surroundings to intelligently drive themselves; Amazon monitors our browsing habits and then serves up products it thinks we’d like to buy; and even Google decides what results to give us based on our search activity. Artificially intelligent algorithms are here, and they’ve already changed our lives — for better or worse. But this is only the beginning, and one day we’ll look back at AI in 2018 and laugh about how primitive it was. Because in the future, AI is going to change everything. But, do we want it to?

First, what exactly is AI? Maybe a better question might be: what exactly is “intelligence”? The simplest descriptor is collecting data about the world, and using that data to make predictions in the short and long term. That applies to both people and machines.

When we talk about AI in our lives, we’re talking about everything from a computer being able to read a handwritten document, like an OCR reader, to a robot performing complex surgery on its own or a massive database categorizing your personality based on what you’ve written and looked at online. Because the world of AI is so incredibly large, let’s take a look at some of the most groundbreaking developments we expect to see in the near future, and whether that’s a step forward or backward for society.

AI systems are already primed to take over thousands, if not millions of jobs. Any job that consists of a human taking down information from other humans, and inputting it into a system is likely to go obsolete. So cashiers, receptionists, telemarketers, and bank tellers are all on their way out. As self-driving cars, self-operating drones, and other conveyors from A-to-B get more complex, we’ll also lose jobs like truck drivers, postal workers, courier services, and even pizza delivery. Factories are also becoming fully automated, so are car washes, and movie theaters. Even our jobs as journalists are threatened by rapidly improving news algorithms that can gather information and deliver it faster, and more accurately.

The more we study and develop artificial intelligence, the clearer it becomes that this massively powerful tool comes with a great deal of responsibility

But as society changes to accommodate an all-machine service world, it’ll also open up new jobs for the next generation. Writing software, repairing and maintaining robots, and developing new and better systems. Notably, machines are also primed to take over dangerous jobs. Firefighting, mining, deep-sea oil drilling, construction, and other careers with high mortality rates will be replaced by machines that can’t get sick or hurt. We don’t know what an all-AI workforce will look like yet, but many economists believe that the world might be a brighter and more rewarding place with machines taking over the more dull and hazardous jobs.

As we develop better AI, we’re discovering that it thinks in ways that humans can’t. Algorithms that can monitor and process massive amounts of data, and make conclusions based on patterns in that data are poised to change every avenue of society. Starting from something small — optimizing traffic patterns over time to figure out the best routes to take, or how to fix roads and rebuild highways — to something much more serious, like monitoring epidemics and diseases, and stopping them before they spread.

Machine learning has even been used to analyze human behavior, and predict warning signs by recognizing common language used by the nefarious — sexual predators or terrorists — and alerting law enforcement to take action. Then again, that same technology can be used to track down political dissidents, or serve fake news to vulnerable people while blocking out competing opinions and information.

The more we study and develop artificial intelligence, the clearer it becomes that this massively powerful tool comes with a great deal of responsibility. As futurists try to plan out a rapidly changing and advancing world, the biggest hurdle isn’t technological, but economic and political. Just a few tech monopolies control the latest breakthroughs in data collecting, processing, and analyzing, and while we hope that AI will help advance our society, it may just end up working to benefit the tech industry and only those who can afford to take advantage of cheaper, smarter human replacements — maybe, to the detriment of society. AI is here, but for now, we just don’t know what the future holds.