Here’s everything we know about the upcoming OnePlus 7 smartphone 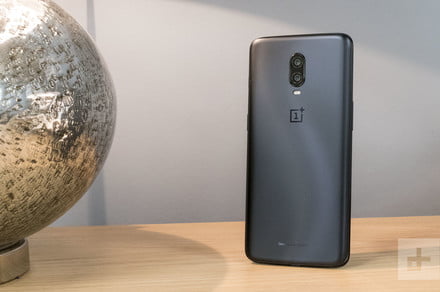 The OnePlus 6T may still be a relatively new phone, but  it’s now time to look ahead to what we assume will be called the OnePlus 7. While OnePlus phones have been getting more expensive, the fact is that they’re still far cheaper than other flagship phones out there — making the upcoming OnePlus 7 even more exciting.

Here’s everything we know about the upcoming OnePlus 7 so far.

Image leaks of the OnePlus 7 have proven hard to come by, but we now have our first look at what the OnePlus 7 could end up looking like. Twitter leaker Ishan Agarwal has posted an image of what looks to be Pete Lau and other OnePlus executives in a meeting, and on the screen in that meeting we can see a red device with a somewhat large Moto-esque camera module. It’s hard to tell exactly how many camera sensors are in that module, but it seems like there could be as many as four.

It’s important to note that this may not be the OnePlus 7 — it could instead be OnePlus’ upcoming 5G phone, which will launch in Europe in 2019.

EXCLUSIVE! Here's your first look at an upcoming OnePlus Device I don't know much about. This image shows the device in prototype/designing stage and it is not final but this is probably how the device may end up looking. That's Pete (CEO of OP) in the img and the device itself. pic.twitter.com/Yau9EsgSDy

While we don’t know all the specs set to show up in the OnePlus 7, we do at least know a few. At Qualcomm’s annual Snapdragon Summit in Hawaii, OnePlus CEO Pete Lau took to the stage to announce that the Snapdragon 855 would be used in the next OnePlus flagship phone.

Apart from that, we expect to see at least 6GB of RAM and at least 128GB of storage. The display will likely be a step up from the OnePlus 6T as well — it could come in with a 1,440p display, rather than the 1,080p display on current OnePlus phones.

We’ll update this article as we hear more about the OnePlus 7, so stay tuned.