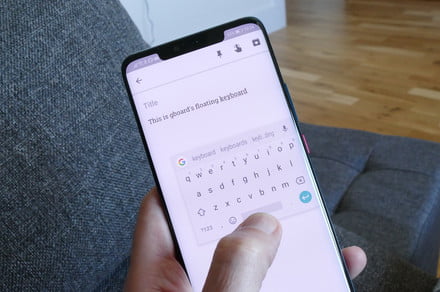 Google’s Gboard keeps getting better and better. In recent times, Gboard has gotten updates for things like personalized emojis and to recommend better GIFs based on your conversation. Now, Google announced that the software keyboard is reaching more people than ever thanks supporting up to 500 languages.

According to Google, the goal of Gboard is to help users communicate in ways that are comfortable and natural — so it makes sense that Gboard would support a lot of languages. Since December 2016, which is when Gboard launched on Android, 400 languages have been added to Gboard, with over one hundred of those languages having been added over the past few months. Newer languages include the likes of Rangpuri, which is spoken by 15 million people, Pontic Greek, which is spoken by around 800,000 people, and more.

In supporting hundreds of languages, Gboard also needs to support many writing systems — and it currently supports over 40. Those writing systems include alphabets that are used by many languages and scripts that might only be used by one language.

Google also offered some information on how it adds new languages to Gboard. Every time a new language is added, Google creates a new machine learning language model, which trains the keyboard to know how to autocorrect typing and predict upcoming words. That’s easy for languages like English, in which there are only 26 characters and written material is easily available — but for languages that are less widely spoken, and perhaps not spoken much at all online, this can be harder. To train the model, Google uses a text corpus, which is a database of text; in harder-to-find languages, Google creates a list of writing prompts and sends those prompts to native speakers.

It’s likely Google will continue to add more languages to Gboard, but 500 is still a pretty solid effort. You can download Gboard for yourself straight from the Google Play Store on Android or from the App Store on iOS.