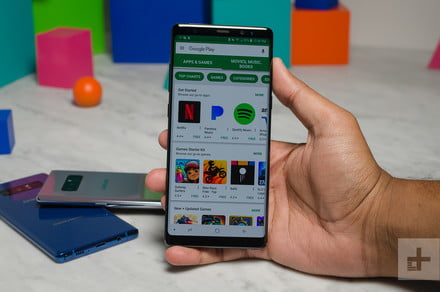 There are a ton of deals for phones, computers, and more, for the end of the year — but Google wants in on the fun, so it has announced some pretty great deals for Google Play, too. So, if you’re looking for some new movies, apps, games, or books to download to your phone, then now might well be the time to buy.

The deals span a range of genres on the Play Store. You’ll be able to find deals on some of the year’s best movies, as well as some of the coolest apps and games. Game deals are actually split up into two weeks, so if you don’t find anything you like in the first week of deals, wait a week and you might find something in the second week. The deals run from now until January 2, and while we’re not sure exactly how discounted some of these products are, they’re at least worth checking out.

So what, in particular, can you get discounts on? Well, let’s start with the games. During the first week, you’ll be able to get big discounts on in-app purchases in games like Clash Royale, Pokemon Go, Empires & Puzzles, and Lineage 2. Week two brings discounts to other apps, including Candy Crush Friends Saga, PUBG, and Marvel Contest of Champions.

There are discounts on subscriptions within some great apps, too. In particular, you’ll be able to get “big discounts” on HBO and Starz subscriptions, as well as subscriptions to image editing app Picsart and music streaming service TuneIn. These discounts are only for first-time subscribers, so if you already subscribe you won’t be able to take advantage of the lower prices.

Some great movies have been discounted as well. Movies like Crazy Rich Asians, The Meg, and Adrift are all a little cheaper for rentals, while if you want to buy a movie you can get John Wick and The Predator cheaper. For TV shows, you’ll be able to get some seasons for $15, while some individual episodes are available for as little as 99 cents. Included in those deals are the likes of Doctor Who season 11, Game of Thrones season 1, and Legion season 2.

Last but not least are books, and some have been discounted by up to 80 percent. Titles include Library of Souls by Ransom Riggs, How to Change Your Mind by Michael Pollan, and Educated: A Memoir by Tara Westover.