Google patent shows off a hinged smartphone with selectable displays 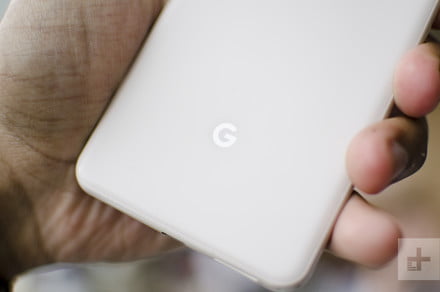 We’re approaching the end of an epoch in smartphone design, and it’s clear that phones are about to get a whole lot weirder. Samsung, Huawei, and Apple have all thrown their hats into the ring with smartphones that unfold to create a larger display — but Google has been largely quiet on the subject. However, that’s no longer the case, as Google has been awarded a patent on a folding, hinged smartphone by the U.S. patent office. 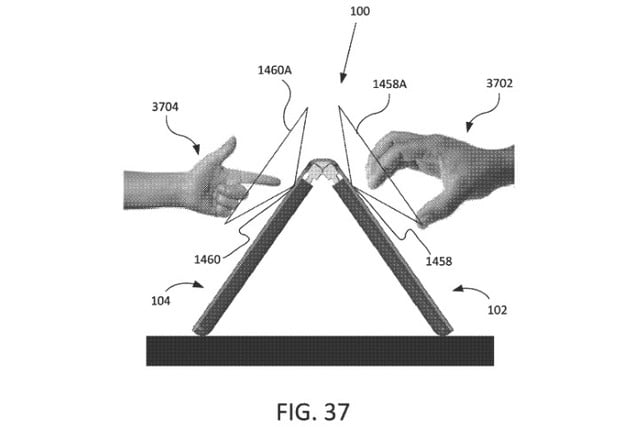 So much of the patent describes a device we’ve seen in multiple other folding smartphones — the device would be able to be used as a regular phone in its folded position or unfolded into a tablet mode. Other inclusions in the patent are not as common, such as the laptop-style desktop mode, or the tent-like dual user mode, which would allow the use of both screens at once by two different users. That usage, in particular, could be the start of a whole new local multiplayer trend on mobile devices, with both players being able to make use of the same device or even watch different video streams on the same device.

Another interesting element of the patent is an emphasis on being able to swap screens on the fly while in phone mode. The patent mentions user input is used to select a screen but also mentions using other, intelligent methods to swap screen, including object proximity (so if it’s been placed facedown it will use the other screen), detected user grip, or data from other sensors. Interestingly, this implementation would allow a manufacturer to remove camera lenses from one side of the phone entirely, as the phone would — in theory — be able to sense if the user had turned the device around to take a selfie, and would show the viewfinder on the side facing the user. Interestingly, some of the patent images include Motorola’s logo. It would be odd for this to be a placeholder logo when Google’s own would have done, so it’s possible Google is working with Motorola to design a foldable smartphone. Motorola was previously awarded a patent for a foldable smartphone, so it’s possible the two companies are combining forces like the Nexus phones of yore.

However, with the patent only having just been awarded, it’s likely this theoretical device is still some years away. With Samsung gearing up to release its foldable smartphone and other manufacturers seemingly not much further behind, Google or Motorola would definitely be playing catch-up.