HomeNewsClose your tabs: Chrome for Android may launch a new sneak peek...
News

Close your tabs: Chrome for Android may launch a new sneak peek feature 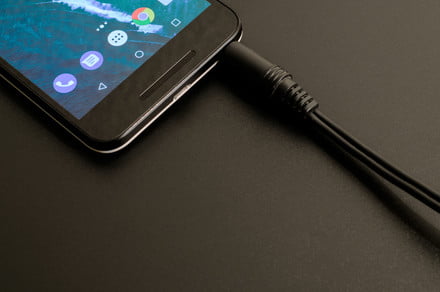 Having a ton of tabs open while browsing the internet may soon be a thing of the past. At least for users of Chrome for Android. According to Android Police, a new “Sneak peek” feature may allow users to view another webpage as an overlay within the tab they’re currently viewing.

When users are viewing a page and notice another link they might be interested in viewing, the “Sneak peek” feature would let them click and hold the link to select an overlay that shows them the link’s content. With the use of the Sneak peek option, opening separate tabs could be best reserved for webpages users are certain they want to come back to. Getting to peek at another page can help users decide if certain content is worth opening a new tab.

Sneak peek is not currently available for the stable version of Chrome for Android, but interested users can still check it out if they have either Chrome Canary or Chrome Dev downloaded on their mobile devices.

To test the new feature, launch either Chrome Canary or Dev and enter the following into the search bar: chrome://flags/#enable-ephemeral-tab. Once the corresponding flag page loads, the feature will be listed as An Ephemeral Tab in an Overlay Panel. There is a drop-down menu beneath its name, just tap it and select Enabled. Once enabled, the app must be relaunched before the Sneak peek feature will appear.

The feature can be tested by opening a webpage, selecting a link on it, and holding it until a menu appears. The Sneak peek option should appear within the menu as New sneak peek. Once the option is selected, the link should load as an overlay that rises from the bottom of the screen.

The Sneak peek overlay, when allowed to rise to its maximum height only covers about 90 percent of the screen, but it does allow users to view and scroll through the entirety of the content within the link that is being previewed. Once users are done with their peek, the overlay can disappear with a swift downward swipe or by tapping the gray X in the top-right corner of the overlay.

There does not seem to be a way to convert the overlay into a tab of its own at this time. Users may need to open a new tab as they normally would, once they exit the overlay.