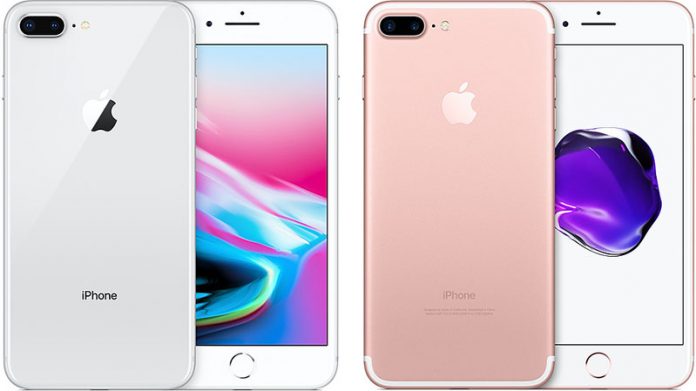 In a statement issued to CNBC, Apple has indicated that it plans to appeal a German court’s decision to issue a preliminary injunction—aka sales ban—on select iPhone models containing chips from Intel and Apple supplier Qorvo.

In the meantime, Apple said iPhone 7 and iPhone 8 models will not be available for purchase at its retail stores in Germany:

Qualcomm’s campaign is a desperate attempt to distract from the real issues between our companies. Their tactics, in the courts and in their everyday business, are harming innovation and harming consumers. Qualcomm insists on charging exorbitant fees based on work they didn’t do and they are being investigated by governments all around the world for their behavior. We are of course disappointed by this verdict and we plan to appeal. All iPhone models remain available to customers through carriers and resellers in 4,300 locations across Germany. During the appeal process, iPhone 7 and iPhone 8 models will not be available at Apple’s 15 retail stores in Germany. iPhone XS, iPhone XS Max and iPhone XR will remain available in all our stores.

Reuters reported that the preliminary injunction will not go into immediate effect if Apple appeals, but legal expert Florian Mueller of FOSS Patents informed MacRumors that the injunction “is enforceable even during an appeal,” which perhaps explains why Apple pulled iPhone 7 and iPhone 8 models from its shelves in the country.

While I confirm new models not affected, Reuters is WRONG about appeal. The injunction is enforceable even during sn appeal. They misunderstood the judge.

Mueller also said the ruling applies up to the iPhone X, which Apple no longer sells in Germany, which would explain why the iPhone XS, iPhone XS Max, and iPhone XR remain available for purchase in the country.

We believe our envelope tracking chip does not infringe the patent in suit, and the court would have come to a different conclusion if it had considered all the evidence. We’re disappointed that the inventor and designer of our chip, who attended the hearing, wasn’t given the opportunity to testify or present other evidence that disproves Qualcomm’s claim of infringement. The International Trade Commission has already determined that our envelope tracker chip does not infringe the U.S. counterpart to the patent at issue in this case. We currently do not expect that this decision will have any impact on our business with Apple.

Qualcomm’s goal is not to vindicate its intellectual property rights, but rather to drive competition out of the market for premium modem chips, and to defend a business model that ultimately harms consumers.

Apple and Qualcomm are engaged in a major legal battle spanning multiple countries, including China, where a court issued a similar preliminary injunction on select iPhones last week over two separate Qualcomm patents.

Apple continues to sell the affected iPhone models in China and believes it is in compliance with the ruling. Earlier this week, it made some minor changes in iOS 12.1.2 to address the Qualcomm patents in China, including introducing a new animation for force closing apps.

Last year, Apple accused Qualcomm of anticompetitive business practices over chip-related licensing fees, while Qualcomm has accused Apple of sharing its trade secrets with Intel among other illegal actions. In the U.S., the FTC is also taking Qualcomm to court next month over the alleged monopolistic behavior.

Update: In a press release, Qualcomm said the judgment is immediately enforceable once Qualcomm posts the necessary bonds and that Apple’s request to the court for a stay of the injunction was denied. Qualcomm says the court also found Apple liable for monetary damages in an amount to be determined.

Two respected courts in two different jurisdictions just in the past two weeks have now confirmed the value of Qualcomm’s patents and declared Apple an infringer, ordering a ban on iPhones in the important markets of Germany and China.

Qualcomm expects to post the required bonds within a few days.

How to use a name tag in Minecraft

Finding these unique items is a bit tricky, but making use of them is incredibly easy. Here's how they work.
Read more

Minecraft Dungeons works a little differently than other ARPGs. Here are our top tips for getting started.
Read more