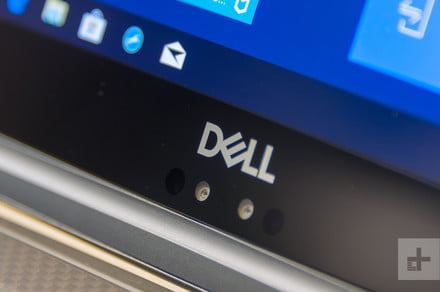 Dell said on Wednesday that it recently spotted an attempt by hackers to steal customer data.

The American computer giant said it detected the nefarious activity on November 9, and acted swiftly to block it. Its initial investigation shows that the hackers appeared to be after names, email addresses, and “hashed” passwords, which are hard to decipher.

Dell said it’s possible that the cybercriminals managed to get hold of the information stored on one of its servers, though so far it’s found “no conclusive evidence that any was extracted.” It added that credit card data and “other sensitive customer information” was not targeted in the cyberattack.

As a precautionary measure, the Texas-based company said it was prompting customers to reset their passwords. It’s also encouraging them to change passwords for other accounts if it’s the same as the one they use at Dell.com.

In an effort to understand the full scale of the cyberattack and track down the perpetrators, Dell said it had hired a digital forensics firm to conduct an independent investigation and had also informed law enforcement.

“In this age of highly sophisticated information security threats, Dell is committed to doing all it can to protect customers’ information,” the company said in a release, adding, “Dell will continue to invest in its information technology networks and security to detect and prevent the risk of unauthorized activity.”

When asked how many customers were affected by the incident, Dell told Digital Trends: “Since this is a voluntary disclosure, and there is no conclusive evidence that customer account information was extracted, it would not be prudent to publish potential numbers when there may be none.”

Customers can keep up to date with any developments by visiting a Dell webpage dedicated to the incident.

Dell offered a few tips for creating a new password that many people could find useful.

It suggests, for example, using at least eight characters, preferably a mix of uppercase and lowercase letters, and at least one number. If that sounds obvious, then don’t forget, plenty of people are still using some pretty ridiculous passwords online.

Dell  proposes using a so-called “reminder sentence” about your life that uses the first letter of each word to create the password. For example, “I drink 3 cups of coffee with cream and sugar every day” would make the password Id3cocwcased”.

Alternatively, you might want to consider using a password manager — LastPass is highly rated — that simplifies the process by using a master password to take care of all your different ones across multiple sites and services.