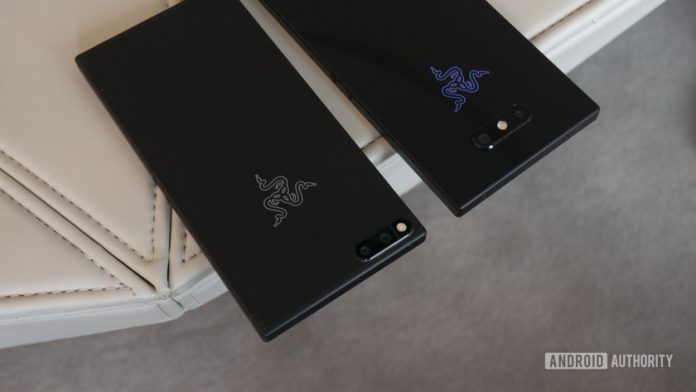 When it released in November 2017, the Razer Phone was unique. Aimed entirely at gamers, it offered an incredible 120Hz display capable of displaying silky smooth gameplay with lightning fast response times. Its “UltraMotion” effect has to be seen to be appreciated, but it really marked the Razer Phone out as something special. Of course, it also had all the latest specs packed inside for optimal performance and massive dual speakers.

The Razer Phone received a lot of love, but it wasn’t quite perfect. The camera was capable of only average photography, which was too much of a compromise for even some die-hard gamers. The Android ecosystem also just wasn’t that set-up for gaming. Few games supported the maximum refresh rates, and there was just no need to go all-out in the specs department to play Candy Crush. 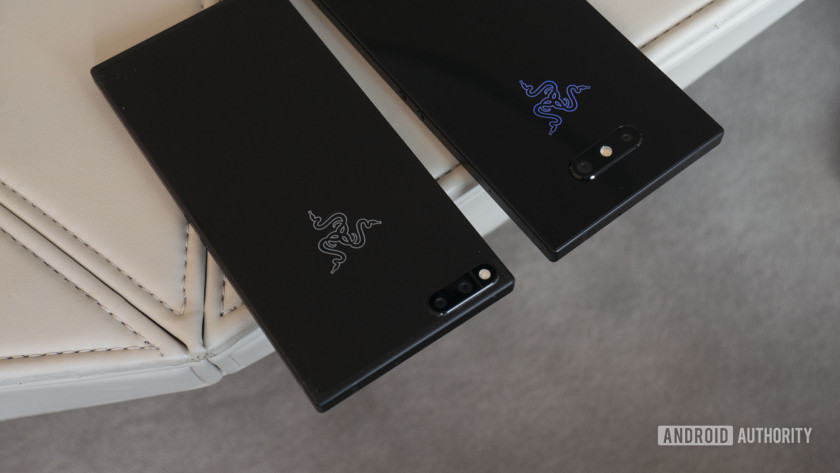 Fast forward to the end of 2018 and the Razer 2 looks set to rectify those mistakes and become the phone of every gamer’s dreams. It might look very similar from the front, but there are a lot of upgrades to be found if you look a little closer.

The amazing screen is back, with the same refresh rate and same 1,440 x 2,560 resolution. This time it’s also received a 50 percent increase in brightness, up to 645 nits. The SoC gets the expected bump up to the Snapdragon 845 with vapor chamber cooling for reduced thermal throttling and 8GB of RAM. The result is that the Razer Phone 2 can deliver 20-30 percent more horsepower than its predecessor – although I was a little surprised to learn it would only come with 64GB of storage. I also noticed the device getting a little warm during a session of PUBG. 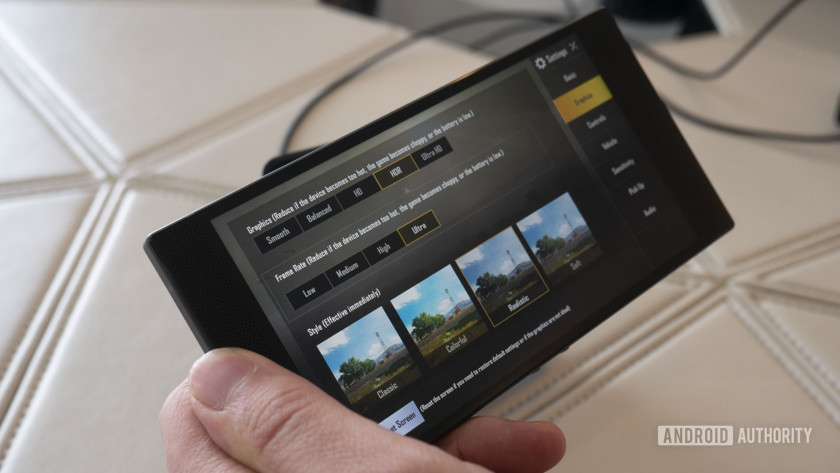 The massive front-facing speakers are present and correct too, powered by Dolby Atmos — now reportedly crisper, louder, water sealed, and backed up with an improved vibration engine. There’s no headphone jack, but a USB-Type C dongle with a 24-bit DAC comes in the box for those offended by this omission, just like last time. 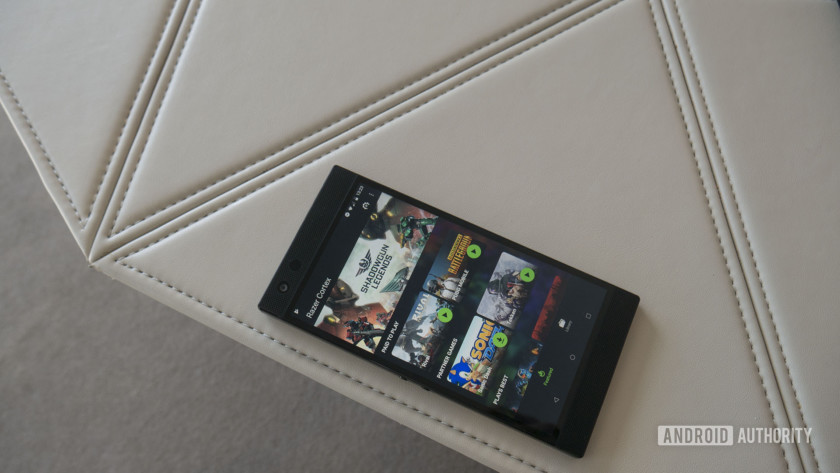 Also back is the 4,000mAh battery to allow for long gaming sessions. Software features like the Game Booster, which allows for tweaking performance on a per-game basis, and Razer Cortex, which makes it easier to find actually good games from the PlayStore, are also welcome. The phone runs on an almost stock version of Android 8.1. 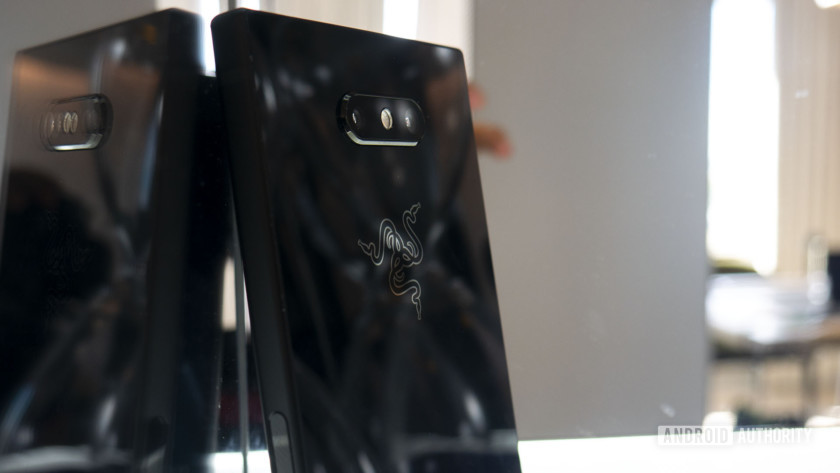 Razer says it doesn’t just want to make a gaming phone, it wants to make a premium flagship device for gamers. To that end, we see many of the top end luxuries found on other flagships — we now get IP 67 water resistance, and thanks to a sexy glass back panel, wireless charging. That glass back gives the Razer Phone 2 a more attractive aesthetic from the rear (the front remains largely unchanged).

The Razer Chroma is another new aesthetic touch. It lets you change the color of the Razer logo while your phone is in use. You can pick any color you like (to match your outfit I guess?), as well as different modes such as cycling or breathing. The company’s wireless charging stand will also light up and automatically change color to match your device settings while in use. 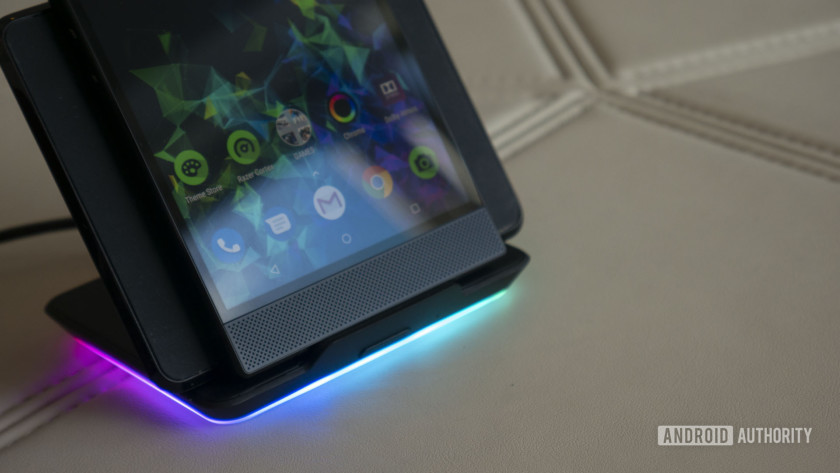 Those who don’t care about battery draining can leave the effect on 24/7 if they so wish, but you can also turn it off entirely. I know it’s a gimmick, but I personally love it. I’d give my face RGB lighting if I could.

If Razer truly wants to create a flagship though, its camera needs work. Thankfully, it seems the OEM has paid close attention in this area. The dual lens rear shooter combines a 12MP f1.75 wide-angle lens with a 12MP f/2.6 telephoto, which should allow for some great possibilities, as well as the now-compulsory depth effects. Around the front is an 8MP shooter, same as last time. 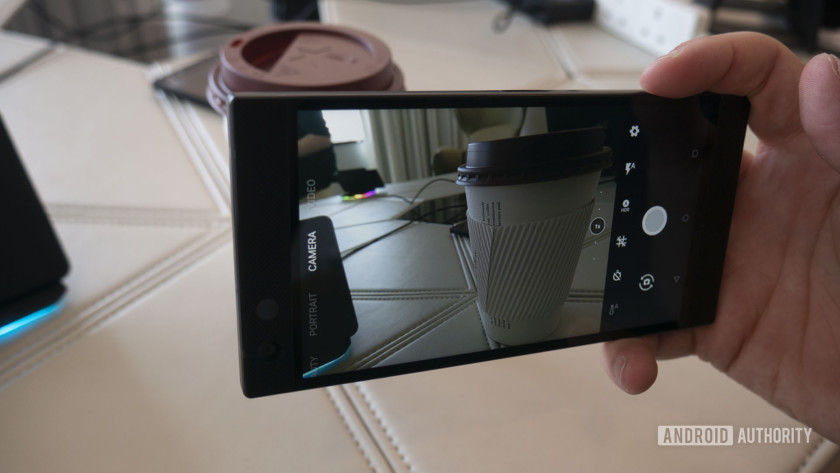 Unfortunately, the camera app wasn’t quite ready when I got to test the device. From what I saw, it seemed pretty capable. I managed to produce some pretty decent shots. It even has slow-mo and a host of other modes. 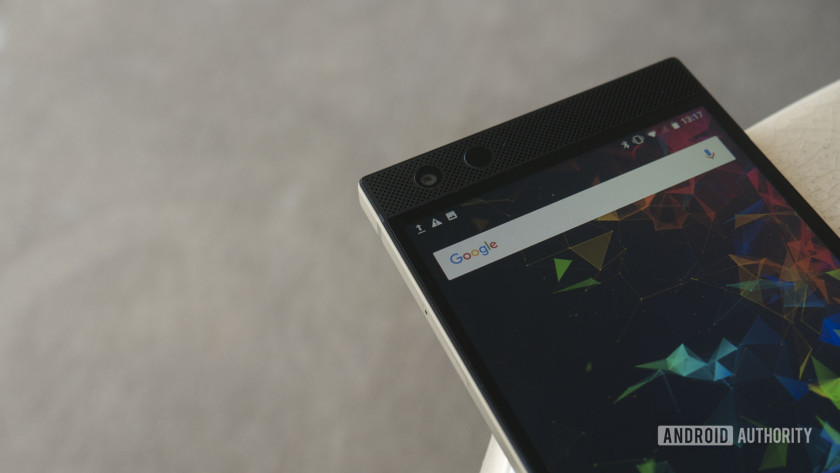 We’ll need to spend more time with the device to give a proper verdict on the camera — and of course the same goes for the performance over time. But on the face of it, this is a compelling proposition. For just $799 (779 pounds here in the UK and 849 euros elsewhere), you get flagship specs and performance in a water resistant, premium-feeling glass chassis with a one-of-a-kind screen, amazing speakers, and a host of gamer-centric features.

If Razer gets the camera right, this device might convince those who held off last time. 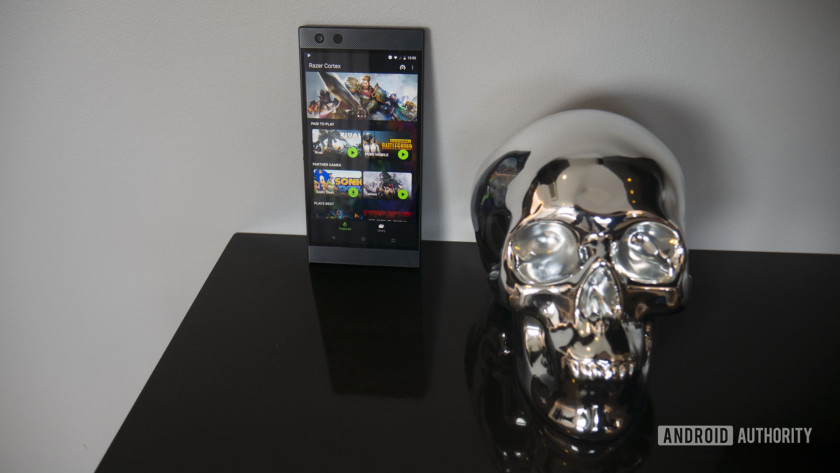 This may be the right time for a new Razer phone. Android gaming is increasingly popular, thanks in part to the success of PUBG and Fortnite and the example set by the Nintendo Switch. I’m personally enjoying streaming games to my device via Steam Link a lot these days.

With that popularity comes competition. Only time will tell whether the Razer Phone 2 has the chops to take on offerings from Honor and ROG. 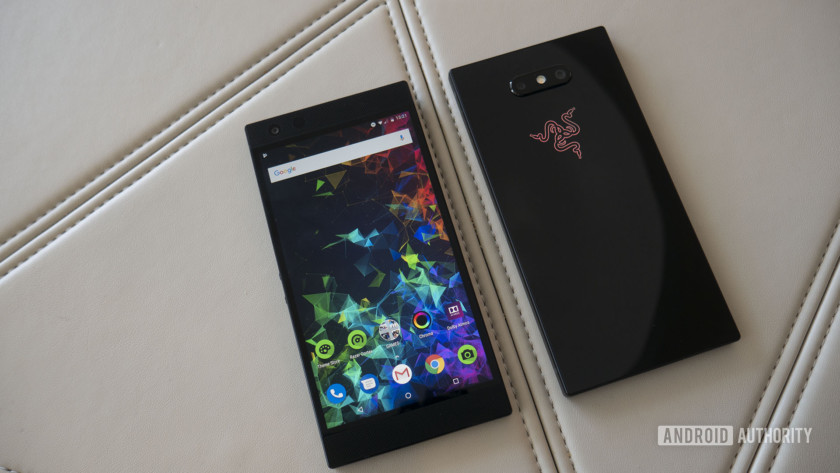 What do you think of the Razer Phone 2? Let us know in the comments down below and be sure to subscribe so you don’t miss the full review coming soon.