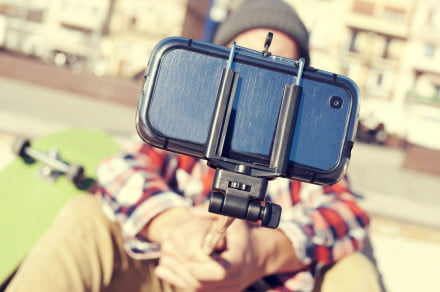 Have you ever taken a selfie where, as you try to maneuver yourself into position to get the best shot, you momentarily forget about your immediate surroundings?

Such lapses in concentration, mixed with a determination to score your next awesome Instagram shot, have led to some unlucky folks ending up in hospital, or, in the most tragic cases, losing their life.

The figures are startling, with at least 259 people around the world losing their life while trying to take a selfie between 2011 and 2017, according to researchers at the India Institute of Medical Sciences in New Delhi.

After analyzing the cases, the team has recommended that popular tourist spots introduce “no-selfie zones” to try to improve safety when it comes to taking self-portraits using smartphones.

Led by Dr Agam Bansal, the team said there had been “an exponential increase in the number of selfie deaths from 2014–2015 to 2016–2017.” It put the rise down to the “increased usage of mobile phones, enhanced selfie features on mobile phones, increased availability of selfie sticks, and also promotion of the phenomenon of selfies through events like ‘best selfie prize.’”

About 75 percent of the selfie deaths comprised males, the team said, with most fatalities involving those in their teens and aged up to 30. Selfie-related fatalities are most often caused by drowning, which includes being “washed away by waves on a beach, capsizing of boats while rowing, clicking selfies on shore while not knowing how to swim, or ignoring warnings.” Other common causes include falling from an elevated location, being hit by a vehicle, and fire.

Most selfie deaths currently occur in India, partly because it has such a huge population and also because it has a high share of young people. Russia and the U.S. rank second and third, respectively, for selfie-related deaths.

In a bid to tackle the issue, some tourist locations in India have already begun designating no-selfie zones. In the Indian city of Mumbai, for example, 16 places have banned selfies, while signs started showing up on cliffs and beaches in the Indian state of Goa, which attracts millions of tourists each year. Meanwhile, on Mount Merapi in Indonesia, local officials are preparing a “safe selfie spot” for visitors in a bid to reduce the chance of people risking their lives with shots in precarious spots on the mountain.

The team sensibly underlines the fact that “selfies are themselves not harmful, but the human behavior that accompanies selfies is dangerous.” It adds: “Individuals need to be educated regarding certain risky behaviors and risky places where selfies should not be taken,” and suggests that “no-selfie zones areas should be declared across many tourist areas, especially places such as water bodies, mountain peaks, and tall buildings” to prevent future accidents.

How to Watch Australian Horse Racing Online From Overseas

Are you looking forward to checking out the thrilling Vo Rogue Plate for 2020? If you are, then it doesn't matter whether...
Read more

Ever heard of the Koss Porta Pro? These surprising headphones are just $20

The Koss Porta Pro on-ear headphones are some amazing budget headphones currently down to a crazy low price of $19.99
Read more

Wi-Fi 6 is new. You might not be taking advantage of it yet with your current equipment. If you aren't,
Read more

The Sony SRS-XB33 portable Bluetooth speaker is on sale for $118 at Amazon. This deal price is available in black,
Read more