Home News Did your Windows 10 audio stop working after the update? Microsoft has...
News

Did your Windows 10 audio stop working after the update? Microsoft has a fix 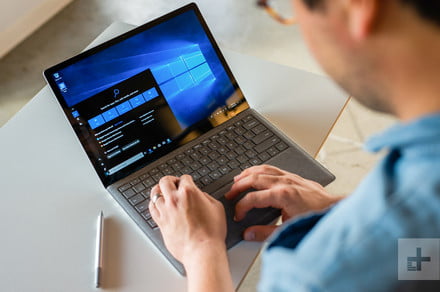 The October 2018 Update for Windows 10 was the second major upgrade Microsoft has made to its flagship operating system in 2018. Following on from the April Update earlier this year, this most recent update brought with it a number of exciting features and fixes, but caused a surprising number of problems, too. There was the data deletion bug which halted the update’s rollout for a few days, CPU usage problems, and an audio issue, among others. Most of these, including the audio issue, have now been fixed, though.

The audio update has the catchy title of KB4468550, and Microsoft claims, via OnMSFT, that it, ” addresses an issue where after installing the Intel Smart Sound Technology driver (version 09.21.00.3755) via Windows Update or manually, computer audio may stop working.”

Simply running Windows Update (you can search for it in the Windows search bar) should download the new bug fix patch if you are affected by the problem, or you can download it manually from Microsoft’s Update Catalog if you prefer.

The bug itself materialized as a loss of audio entirely on affected systems. Users found themselves with no sound whatsoever, no matter what audio source or solution they used. Muting and unmuting made no difference, though some users did report having success with driver updates or rollbacks for their particular devices. Microsoft’s stopgap solution before the official fix was to uninstall the Intel Audio Controller driver 9.21.0.3755, as per OnMSFT.

Although this latest audio issue with Windows 10 appears to have been fixed, there are other sound-related problems that you can run into with the operating system. If you apply the above update and don’t have the audio you want, or run into problems later, check out our guide to how to fix sound issues in Windows 10. We may have the tips you need to fix it.


Facebook
Twitter
Pinterest
WhatsApp
Previous articleAdobe is bringing Photoshop to the iPad and, eventually, other tablets
Next articlePersonal info of 30,000-plus Pentagon employees compromised in contractor breach

Here’s how to measure you wrist for a smartwatch