A Best Buy flub sheds light on a new Chromecast. Here’s what we know so far 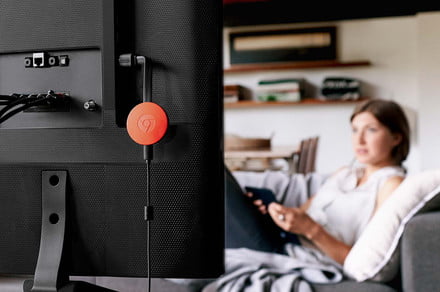 It appears certain Google will announce a brand-new Chromecast streaming device at its October 9 event in New York City, alongside a slew of new hardware, including Pixel 3 and Pixel 3 XL smartphones, new Pixel Books, and possibly new Pixel Buds headphones.

First reported by Android Police, a Redditor was accidentally sold a third-gen Chromecast at Best Buy. The Reddit thread creator, GroveStreetHomie, says the item didn’t pop up in Best Buy’s point-of-sale system, so the customer service representative used the SKU from a current-gen Chromecast in order to force the sale through. As such, the streaming dongle was sold for $35. Though we do not expect the new Chromecast to go up in price, the accidental sale is not necessarily indicative of what the final street price might be for the new version.

The new streamer doesn’t come as a surprise, though this Best Buy gaff does reveal a few new details. Since it has been a couple of years since the Chromecast Ultra was announced, we expected a replacement, and aside from confirming the dongle’s existence, an FCC filing reveals the new Chromecast will support Bluetooth outside of utilizing it solely for setup.

Product packaging and the Redditor’s comment shed no light on the Chromecast’s new use of Bluetooth, but it is possible the connection could be used to support wireless keyboards and other peripherals like gamepads. Overall, the details about the new device remain scant. The Reddit poster indicates the device requires a firmware update out of the box, and we don’t anticipate this changing until the device is shipping to the public.

What we do know is that the new Chromecast is slightly thicker than the current version, replaces glossy plastic with a matte-black finish, and uses Google’s ‘G’ logo instead of the company’s Chrome moniker.

This is increasingly looking more like an incremental update and less like the next big thing in streaming. Meanwhile, Roku and Amazon have been busy bringing new devices like the impressively capable $40 Roku Premiere and the cutting-edge Fire TV Cube. The only way the new Chromecast could make significant waves this year is if it housed Android TV on-board. Currently, the Chromecast is basically a dumb dongle — one which requires its users to use their smartphone, tablet, or PC to control the device.

Stay tuned to Digital Trends for updates on Google’s October 9 event and the new devices we expect to see.