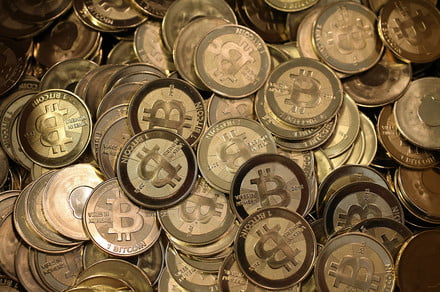 CryptoKitties, an Ethereum blockchain-based game that allows users to breed, trade, and sell digital cats, may have scored the most expensive in-app purchase to date with the sale of a CryptoKitty named Dragon for approximately $170,000, or the equivalent of 600 ETH in cryptocurrency.

“I bit Rebecca Black when I was younger, but those days are gone,” her description reads. “Believe it or not, spying on the neighbors is seriously exhilarating. You should try it some time. Let’s connect on ICQ.” She is described as having chestnut eyes and a cotton-candy-colored coat.

As a game, CryptoKitties was one of the earliest attempts to leverage blockchain technology for leisure. Like real cats, each virtual cat carries a unique DNA, and their traits, called cattributes, can be passed down to offspring. Each virtual cat is unique and cannot be replicated or transferred without the owner’s permission, according to Axiom Zen, the studio behind the game.

Generally, earlier generations of the virtual cats are deemed more valuable, making Dragon a rarity in the game — she’s a ninth-generation CryptoKitty. Newer virtual cats have an average selling price of around $60, according to CNET, and a median price of $9.

It’s unclear why Dragon fetched such a high price, but Rabona is now her new proud owner. Although Axiom Zen generally doesn’t comment on sales, the studio speculated that “maybe there was a personal connection the buyer had to the cat or the seller.” Other theories range from the whimsical (she bit Rebecca Black) to the more cynical (it was a way to launder money), according to The Next Web.

The sale of Dragon may lead to a new resurgence for the game and the app. Since its height in December, the total transactions on the app has dropped by 98.4 percent in January, and volume has remained slow since. Over the past day, Dragon’s sale has elevated the game’s trading volume to the highest level since February. Another milestone is also coming up: CryptoKitties is about to celebrate its millionth virtual cat.