Home Software What we love and hate about Android 9.0 Pie
Software

What we love and hate about Android 9.0 Pie 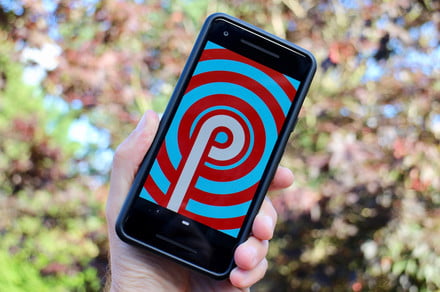 Is your Google Pixel phone downloading Android 9.0 Pie at this very moment? Or maybe you’re eagerly awaiting an update to your Samsung, LG, or OnePlus phone for the latest version of Google’s mobile operating system? Either way, you’re about to have a serving of Pie, and we know what ingredients work, and which ones don’t.

There are plenty of great features in Android 9.0 Pie, and it’s tough to single out any one as its best. Therefore, here are some that we really love, because they improve Android in a meaningful way that we’ll want to use on a daily basis.

Google has introduced a new app navigation system when you swipe up from the bottom of the screen. Open apps appear as cards that are swiped through from left to right, rather than vertically like in older versions. Swipe up to dismiss, or down to enter. It’s smooth, fast, easy to manage with one hand, and you can easily see the content where you left off. However, it’s the fast access to recently used apps at the bottom of the screen that really works well. Swipe it up again to enter the full app drawer.

It’s a delight to use, and a big enhancement over previous versions. It will also work really well on longer 18:9 aspect ratio screens. Google also gets gesture controls right in the open app tray, but doesn’t quite succeed when it comes to gestures to completely control Android 9.0 Pie.

Whether you’re viewing them on the lock screen, muting them, scheduling them to appear later, scrolling through them in the notification shade, or interacting with them — notifications are one of the biggest improvement in 9.0 Pie over previous Android versions. They look better thanks to a new font and more minimal design. The OS will even recognize if you never click on a notification, and it will suggest blocking that app’s notifications completely.

The Do Not Disturb feature is comprehensive, and covers calls, notifications, messages, reminders, and plenty more. It’s now dead simple to use, as turning it on will automatically block all visual and sound interruptions. You can customize this further if you want.

Sold as a way to reduce the time you spend on your phone, Digital Wellbeing — which is a beta service at the moment and only available on Pixel phones — is better employed as a way to minimize distractions, and make your phone a more pleasant companion. We love the Wind Down grey-scale option, where the screen goes completely grey at a set time to remind you it’s time for sleep, while cutting down on harmful blue light from the display. There’s plenty of options to tweak, and some interesting graphs to browse related to time spent on the device too. While we like this, we’re not sure it’ll be widely used. Hopefully, the basic functions will encourage further use.

We like anything that potentially saves us time and effort, and App Actions promises to do that. These contextual shortcuts appear in the app drawer, and are suggestions on features, apps, or services that you may want to activate based on your habits and time of day. For example, in the morning it may provide a shortcut to Google Maps and your route to work, or to open a playlist when you plug in or connect headphones. You don’t need to do anything to make App Actions operate either, just use your phone normally and they’ll learn as you go.

Not all the improvements are major changes. We like some of the little things too. Android 8.0 Oreo’s on-screen volume control was already better looking than before, but in 9.0 Pie it functions better too. Media volume is prioritized, and a tap of the musical note icon instantly mutes the audio, while the settings cog opens a wider menu. There’s also now a way to prevent accidental screen rotations thanks to a new icon that appears in the bottom navigation bar. Additionally, screenshots are much easier to edit, and the new font looks great. The more you use Android 9.0, the more you’ll appreciate these little changes.

Project Treble is the name given to Google’s solution to the OS update problem, and it’s a considerable step forward (it was technically introduced in Oreo). More phones will be eligible, quickly, for the new version. Not only did the beta version of Pie come to more devices, but the final version is also ready for non-Pixel and Nexus phones on day one. The Essential phone’s update, for example, is out right now, and that’s a first for a new version of Android. Also, all the other non-Pixel phones in the beta test will receive the update in the near future. It’s a positive step, and one that should only improve with future versions too.

It’s hard to call any of the alterations made to Android in version 9.0 Pie “bad.” Plus, what we don’t like, others may find helpful, mainly due to Android’s customization and how we all choose to set the device up. However, there are a few features which either don’t live up to expectations, or potentially bring about changes that we don’t always like.

Many have tried, but it’s very hard to beat the traditional three-button Android navigation system. Now it’s Google’s turn to change it, prompted by the emergence of devices with larger screens, smaller bezels, and cleaner lines. And definitely not influenced by the iPhone X’s gesture controls. Nope.

Google’s new gesture control system is based on a complicated system of swipes and taps, and we expect these systems to be easy to master in just a few moments. However, it’s not very logical in Pie, and there are a few too many gestures to memorize quickly. Google can’t even totally commit and has still included a tiny Back button to confuse us even more.

It’s early days, but we definitely still prefer the traditional Android buttons, and are pleased they have not been replaced entirely yet — that might change with the upcoming Pixel 3. We expect Google to continue enhancing the gesture navigation system, and for it to improve over the coming months. It’ll inevitably be compared to iOS’s gesture controls, but it’s simply not as smooth or as intuitive.

Artificial intelligence doesn’t need to be included in every aspect of the phone, Google, and we feel the brightness control should be left down to either the ambient light sensor or the slider control. The ambient light sensor often makes a mess of its adjustments, and having another digital overseer playing about with the brightness now based on usage seems like overkill. Potentially annoying overkill too. Thankfully, if it’s a pest you can turn it off, but that just makes us question its usefulness even more.

Android 9.0 Pie for the most part is visually very attractive. However, it has been pointed out that the new notification shade shortcut icons are housed inside some very large, obvious, and rather jarring circular buttons, where traditionally the shortcuts have been laid across a blank background. Additionally, depending on how you set up your phone, getting to the settings menu now takes an extra step unless you include a shortcut icon on your home screen. What works for some in Android 9.0, may not work for others.

There are plenty of people that hate the notch, but its existence is not going away any time soon, and now Android supports it natively, meaning there are likely to be plenty more examples to look on with disdain. The feature itself makes good sense, as it allows the screen to adapt to the presence of a cutout, and still display information correctly without the manufacturer having to independently change the software to cope. However, that won’t appease the haters. This is also a good example of a feature that some will welcome, and not dislike. Those who don’t mind the notch will rejoice that phones with the design feature will operate properly.

My phone may never get any Pie

Yes, Project Treble will help other Android devices get version 9.0 Pie potentially faster than before, but this doesn’t help the many devices that aren’t running a recent version of Android, or those which have heavy manufacturer customization. If you’re reading this months after the public release of Android 9.0, and still haven’t seen an update on your phone, it won’t be a massive surprise and that’s a big problem. If you haven’t got Android 9.0 Pie on your Pixel or other compatible phone yet, then here’s what you need to do to get it.