HomeNewsSharp jumps back into the phone market with a trio of midrange...
News 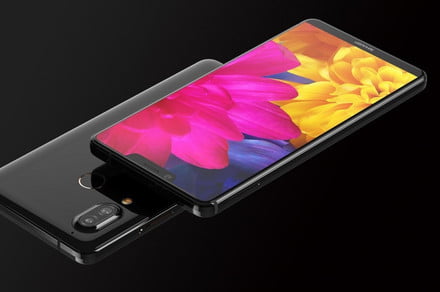 Sharp is heading back into the smartphone market. At IFA 2018, the company announced three new smartphones for the European market — the Sharp B10, Sharp Aquos C10, and Sharp Aquos D10.

The new phones cover a range of different price ranges, and while we don’t expect them to make a huge dent in the smartphone market, they could represent a renewed push from Sharp to build and develop smartphones.

Here’s a rundown of the new phones and what they have to offer.

The Sharp Aquos D10 is the most powerful model here, and like other new smartphones, the device features an edge-to-edge display with a notch up top and a small chin at the bottom. The display on the device comes in at 5.99-inches with a resolution of 2,160 x 1,080, and Sharp says that it covers 91 percent of the front of the device — which is very good, and a higher screen-to-body ratio than most other phones on the market.

Under the hood, the specs suggest that this is  truly a midrange phone. You’ll find a Qualcomm Snapdragon 630 processor, along with 4GB of RAM and 64GB of storage. Thankfully, if you want more storage, you’ll also find a MicroSD card slot, which allows the storage to be expanded by up to 128GB. Powering all of this is a 2,900mAh battery.

The Sharp Aquos C10 is largely the same phone as the Sharp Aquos D10, though it offers a slightly different design. Unlike the iPhone X-sized notch on the Aquos D10, the Aquos C10 features a small bubble notch for the front-facing camera, similar to that found on the Essential Phone. The display on this phone comes in at 5.5-inches with a resolution of 2,040 x 1,080, but there’s a much larger chin, leading to a screen-to-body ratio of 87.5 percent. That chin does serve a purpose here — the device has a fingerprint sensor on the front.

Under the hood, like the Aquos D10, the phone features a Qualcomm Snapdragon 630, 4GB of RAM, and 64GB of storage — with a MicroSD card slot to expand the storage by up to 128GB. There is, however, a slightly smaller battery in this device, coming in at 2,700mAh.

Like the D10, on the back of the phone you’ll find a dual-sensor camera, with the primary sensor coming in at 12 megapixels and the secondary sensor sitting at 8 megapixels. The front-facing camera is an 8-megapixel sensor.

Last but not least is the Sharp B10, which is the lowest-end of the three phones. The device lacks an edge-to-edge design, and the 5.7-inch display comes in with a resolution of 1,440 x 720 pixels. On the back, you’ll find a fingerprint sensor and a horizontally aligned dual-sensor camera.

Under the hood, the phone features a MediaTek MTK6750T processor, coupled with 3GB of RAM and 32GB of storage. There’s also a MicroSD card slot here — and it supports up to 128GB of additional storage. The battery is a hefty 4,000mAh, which should help the phone last quite a while on a charge.

Not much is known about the pricing and availability of these phones just yet, but we’ll update this story when we hear more.