Samsung Gear owners may want to wait before upgrading to Android 9.0 Pie 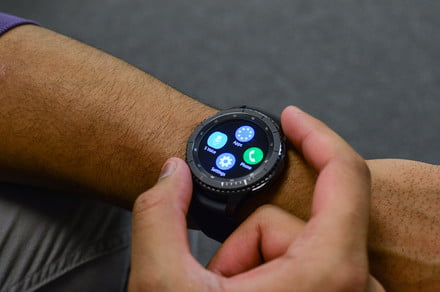 Those who own a Samsung Gear and also looking to update their device to Android 9.0 Pie, Google’s latest operating system, may want to wait. Users are running into an issue when pairing a Gear device to an Android smartphone.

According to a thread on Reddit, one user wasn’t running into any issues until they tried to pair and use their Samsung Gear S3 with a Pixel after upgrading to Android Pie. Apparently, the Samsung Gear app will not connect to the wearable once the phone is running the new OS.

While the app opens and begins to load, it then crashes a little while later. Even if your device was already connected prior to the update, Android P reportedly breaks the connection. Meanwhile, some users in the thread appear to have no issues at all — so, you may want to give it a try just in case it does end up working for you.

Google launched Android 9.0 Pie earlier this week. For now, the new operating system is only available on the Pixel, Pixel 2, and the Essential Phone, but will be released on additional devices in the near future. The OS comes with a slew of new features from improvements to Do Not Disturb to new gesture features, and more.

News of an issue with pairing the smartwatch comes the same day as Samsung’s Galaxy Unpacked event in Brooklyn, New York. In addition to products like the Galaxy Note 9, Wireless Charger Duo, and more, Samsung also announced its Galaxy Watch. The new smartwatch also happens to be the successor to the Gear S3 and Gear Sport.

As for the connectivity issue, Samsung is aware of the problem Gear S3 users are having — a spokesperson has responded to related comments in Play Store reviews. The company made it clear it is aware of the issue and that an update to the Samsung Gear app will be released for Android Pie as soon as possible.

Unfortunately, there doesn’t seem to be a quick fix other than downgrading back to Android Oreo. Otherwise, you will have to just wait to use your device until the Samsung Gear app update is available.


Facebook
Twitter
Pinterest
WhatsApp
Previous articleDenon and Marantz AV Receivers Updated With AirPlay 2 Support
Next articleTo infinity and beyond? Space Force may be a real thing by 2020